Time for Mexico to Take its Destiny into its Own Hands

At a recent event on North American energy at the Wilson Center in Washington, D.C., the inaugural speech was given by Mexican Ambassador Gerónimo Gutiérrez. In a somber mood, Gutiérrez talked of the importance of continuing collaboration on energy policy but emphasized the risks of the failure of the NAFTA negotiations currently under way between the three North American governments. He pointed to the importance of Investor-State Dispute Settlement (ISDS) mechanisms and the dangers of losing those protections for investors in the energy sector. But he proposed an alternative solution, in the event of a NAFTA withdrawal. The Ambassador suggested that the Mexican congress would consider legislation that would encode those same investor protections into national law before the end of the Peña Nieto administration.

There was an almost palpable sigh of relief from big oil representatives present in the audience (and watching the event online from Houston and Mexico City). The weak point of the 2013 Mexican energy reforms has always been the risk that investors would lose their protections from expropriation (or actions tantamount thereto) if NAFTA were to end. Back in the heady days of 2013 and ’14, that possibility seemed so far removed from reality as to appear ludicrous. And yet we now face a future where NAFTA’s protections are far from guaranteed. And so it is incumbent on Mexico to take its destiny into its own hands and institutionalize those protections for investors through legislation.

Of course this raises the question of what else remains to be done in Mexico that has been avoided for years by seeking alternative solutions. The list is long and varied but two areas stand out immediately. The first and most obvious is economic diversification. Mexico has depended for too long on the United States for guaranteed preferential access to markets and for investment. Mexico’s dependence on the United States is well known, but worth repeating. Mexico sends almost 80 percent of its exports to American consumers and imports 73.8 percent of its foodstuffs from the United States. What’s more, U.S. investment in Mexico is responsible for 45.2 percent of all FDI into the country. While it is true that diversifying away from the United States will take decades to achieve, it is high time that Mexico sought out other major markets and suppliers. Asia is a partner that has barely been explored by Mexican firms and the government, and the potential for signing a TPP without the United States must be seriously considered. Already the free trade agreements (FTAs) that Mexico has signed with more than 40 countries has resulted in partial but significant diversification away from the United States and initiatives such as the Pacific Alliance hold the potential to bring many more opportunities.

The second, and far more important area is the rule of law. Since 2007’s Merida Initiative signed between the Calderon and Bush administrations, Mexico has looked to the United States to assist in the fight against organized crime, violence, and lawlessness. But the Merida Initiative was only ever intended to be a supplement to Mexico’s own efforts, and they have been considerable. A 2008 justice reform offered the prospect of a cultural and organizational shift in the courts; various (some partial, others abortive) efforts at police reform; and a 2016 anti-corruption reform that, if implemented correctly and with sufficient resources, could make significant inroads against a disease that is killing the country. But herein lies the rub. That caveat - "if implemented correctly and with sufficient resources" - is a proviso that has plagued the rule of law in Mexico for decades. Mexico has consistently passed new laws and reforms that are aimed at improving the life of its citizens but has repeatedly failed to follow up with implementation and execution that bears fruit.

Maybe the mere suggestion that the United States is an unreliable partner will be enough to scare Mexico into getting its house in order. Maybe politicians will identify the threat and take the necessary steps to remedy some of these problems. Or maybe it will take a collapse of bilateral cooperation to force their hand. If they do what is required, Mexico will emerge from this trying period as a stronger, more lawful, and independent nation. If not, the country will be condemned to decades more of violence, disappointing growth, and dependence on its northern neighbor.

This article was originally published on the Mexico Institute's Forbes blog. The views expressed here are the author's own. 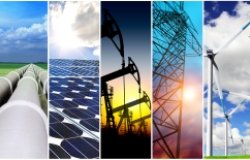