When it comes to Bangladesh’s complex militant environment, ISIS is only a small part of a larger story. For several years, homegrown jihadists, emboldened by an extremism-enabling environment, have carried out their own reign of terror.

Earlier this month, after ISIS claimed responsibility for a brazen and bloody assault on a café in Dhaka, Bangladesh, analysts pointed to the attack as more proof of the group’s geographically expanding reign of terror.

ISIS’s increasing profile in Bangladesh is certainly cause for concern. The group has minced no words that the country is firmly in its crosshairs: Its official propaganda has issued threats to Bangladesh, and it has claimed several attacks there in recent years.

However, when it comes to Bangladesh’s complex militant environment, ISIS is only a small part of a larger story. For several years, homegrown jihadists, emboldened by an extremism-enabling environment, have carried out their own reign of terror. They enjoy ties to regional militants and appear keen to link up with global terror syndicates. Unfortunately, local conditions and government policies suggest Bangladesh’s multifaceted terrorism problem could worsen before it improves.

For several years, Islamist extremists in Bangladesh have been targeting religious minorities, atheists, secularists, progressives, and foreigners. The Dhaka attack—though more deadly and sophisticated than others—was no exception; most of the victims were non-Muslims and foreigners. The perpetrators of these attacks are taking aim at Bangladesh’s secular tradition; the principle of secularism is enshrined in its constitution. A top police official in Dhaka recently put it quite bluntly: They want to make Bangladesh more Islamist.

Two local groups implicated in these attacks are Jamaat ul-Mujahideen Bangladesh (JMB) and Ansarullah Bangla Team (ABT). One day 11 years ago, JMB set off an astounding 459 bombs across 63 of 64 Bangladesh’s districts—all in just 30 minutes. Today, thanks to an aggressive counterterrorism campaign, the group is a shadow of its former self. Yet it retains the capacity to strike. JMB is bolstered by its links to regional militant powerhouses such as the Pakistani terror group Lashkar-e-Taiba, and by its ability to secure safe havens outside of Bangladesh. In 2014, authorities discovered JMB operatives in a house in the Indian state of West Bengal.

To make meaningful progress in combating terror in Bangladesh, the government needs to identify and apprehend local militants, and not simply use counterterrorism sweeps as a pretext for detaining anti-government forces.

JMB has telegraphed a desire to align itself with ISIS; last year, the two groups issued joint threats against Christians in Bangladesh. With its regional reach and strict adherence to the Salafist sect of Islam, JMB is a logical partner for ISIS. The Bangladesh government, plausibly enough, insists JMB staged the Dhaka café attack. What’s also plausible—though the government won’t admit as much—is that ISIS offered some level of non-operational guidance to JMB. ISIS, unlike JMB, boasts ample contemporary expertise in staging sophisticated attacks.

Meanwhile, ABT is ideologically influenced by al-Qaeda (it took its name from an Iraq-based al-Qaeda outfit) and is inspired by the work of Anwar al-Awlaki, the late Yemeni-American al-Qaeda leader. ABT may well have links to al-Qaeda’s South Asia affiliate. In fact, we shouldn’t rule out possible al-Qaeda complicity in the Dhaka café attack. Al-Qaeda leader Ayman al-Zawahiri has signaled increasing discomfort about waging indiscriminate attacks on Muslims, preferring to focus on foreigners and non-Muslims—the very types targeted in the café (some of al-Qaeda’s biggest mass attacks in recent years, including those on a Nairobi mall and on the Charlie Hebdo offices in Paris, targeted these types too). ISIS, by contrast, happily targets anyone.

This all plays out in a climate receptive to radicalism. Bangladesh is generally a moderate, Muslim-majority nation, but its society does feature clerics and religious schools that propagate hardline ideologies. Additionally, Jamaat-e-Islaami (JI), a vociferously anti-government religious political party with considerable popular appeal, features violent factions; its youth wing, Islami Chhatra Shibir, has been implicated in a series of attacks in recent years. Hefazat-e-Islam, a large radical Islamist organization, has staged huge anti-secularism marches in Bangladesh.

Making matters worse, Bangladesh’s government cracks down viciously against the political opposition and particularly JI. This in turn cuts off peaceful channels to air grievances, thereby raising prospects for radicalization—and particularly when these channels are denied to those, such as JI members, who already harbor hardline views.

However, when it comes to Bangladesh’s complex militant environment, ISIS is only a small part of a larger story.

Given Bangladesh’s notoriously polarizing political environment—the prime minister and the leader of the opposition are embroiled in an ugly personal vendetta—don’t expect either side to extend an olive branch anytime soon. This bodes ill for stability and could further stoke the fires of radicalization.

And yet arguably the biggest obstacle for Bangladesh is one faced by so many other countries—including in the West—grappling with radicalization and extremism: the power of ideology.

In Bangladesh and elsewhere, effective efforts to expunge the hateful ideologies that drive extremism, and even to undercut their appeal, remain elusive. This isn’t surprising, given that there is no consensus about what triggers radicalization—probably because so many different factors are at play.

Consider the profiles of the Dhaka café attackers. Several attended madrasas. However, others were well-educated, affluent, and not particularly religious. One was even the son of a leader of Bangladesh’s staunchly secular ruling party.

To make meaningful progress in combating terror in Bangladesh, the government needs to identify and apprehend local militants, and not simply use counterterrorism sweeps as a pretext for detaining anti-government forces. Dhaka also needs to probe, not deny, possible links between indigenous jihadists and regional and global terror outfits. Washington, which has long overlooked the growing militant threat in Bangladesh, should boost its counterterrorism cooperation with Dhaka to help support these efforts.

And yet until the ideology issue is properly dealt with, such steps could all be for naught.

This article originally appeared in The Cipher Brief 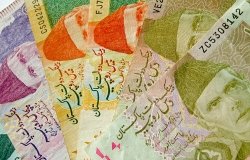 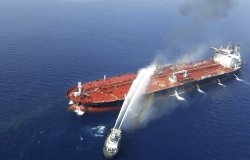