The U.S.-led war in Afghanistan highlights both the successes and struggles of U.S.-Pakistan partnership. Washington and Islamabad have cooperated to combat al-Qaeda, but they have clashed over how to handle the Taliban--an American nemesis and a longtime Pakistani ally. Drawing on little-known facts and new interviews with key players in Afghanistan, Pakistan, and the United States, Zahid Hussain's new book, No-Win War, provides a fuller picture of how the war in Afghanistan has shaped a paradoxical U.S.-Pakistan relationship. At this event, Hussain, an award-winning Pakistani journalist, will lay out his book's main findings. He will also discuss what the withdrawal of U.S. forces from Afghanistan may portend for future relations between Washington and Islamabad. 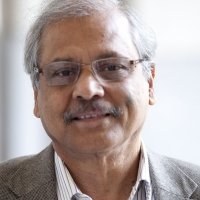