A Conversation with President Francisco Sagasti of Peru

Last November, Francisco Sagasti was sworn in as interim president of Peru, the country’s third president in less than a week. His election served to calm the streets of Lima, where tens of thousands of Peruvians, mostly young people, had protested the abrupt impeachment of a popular president, Martín Vizcarra.  A deadly crackdown on demonstrators left two people dead and hundreds injured, further enraging the public.

For now, interim President Sagasti has tamed the chaos, but the country remains in lockdown to slow a massive spike in coronavirus infections.  For a time, Peru had the highest per capita mortality rate in the world from COVID-19; the virus has sickened 1.2 million Peruvians and killed more than 42,000.  In 2020, Peru’s economy contracted by 12 percent, one of the worse recessions in Latin America.  But buoyed by high copper prices, a recovery of demand from China, and the tailwinds from a large stimulus package, Peru’s GDP is projected to grow by 9 percent in 2021, according to the IMF.  Unlike his two immediate predecessors, Sagasti is expected to serve out his term.

Still, the country’s political future is uncertain.  Peru will hold general elections in April.  The weak and fragmented political system has not yielded a strong front-runner—the leading presidential candidate has only 17 percent support. And almost half of Peruvians say they don’t know who they’ll vote for.

This webinar was the third of the Latin American Program’s “Crisis Conversations,” a series of dialogues with Latin American leaders about overcoming policy challenges during this pandemic. Earlier events featured President Lenín Moreno of Ecuador and President Luis Abinader of the Dominican Republic. 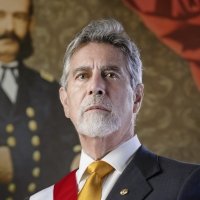