Ocean and Climate Ambition from COP25 to COP26 and Beyond – International Partnership on MPAs, Biodiversity, and Climate Change

*You can watch this event on the Atlantic Council's YouTube channel.

As the Earth’s temperature rises, climate change and ocean acidification are affecting species, ecosystems, and people around the world. Greenhouse gas reduction targets are critical to protecting the ocean. In addition, nature-based solutions marine protected areas (MPAs) are widely recognized as an effective, nature-based solution for climate change mitigation and conserving biodiversity. Global collaboration is key to achieving climate benefits provided by MPAs.

What is the role of MPAs and MPA networks as nature-based solutions for biodiversity conservation and climate change mitigation, adaptation, and resilience? How are countries from the northern and southern hemispheres working together to solve one of the world’s most pressing issues?

Join the Wilson Center's Latin American Program and Environmental Change and Security Program, the Atlantic Council’s Global Energy Center and Adrienne Arsht Latin America Center, Mission Blue, and the Chilean Embassy in the United States, on Tuesday, June 29, from 10:00 a.m. to 11:00 a.m. EDT, for a public discussion on the importance of the ocean in climate change and biodiversity negotiations. This event will also mark the launch of the International Partnership on MPAs, Biodiversity, and Climate Change, an alliance between ministries and marine protected area agencies from Chile, Costa Rica, France, United Kingdom, and the United States to dramatically scale up ocean and climate action during this decisive decade. Learn more at: www.mpabioclimate.org. 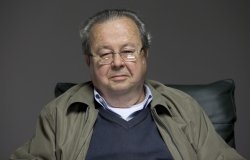