Brazil is facing the largest outbreak of the novel coronavirus in Latin America. Although the country’s president continues to downplay the seriousness of the threat, the National Congress and state governors have mobilized rapidly to confront the disease. A federal “war budget” and billions in additional spending, plus numerous state and municipal-level measures, form a patchwork policy response to support the public health system, businesses, and ordinary Brazilians. Yet the efficacy of such policy efforts—particularly for the most vulnerable Brazilians, who often live in dense urban communities without reliable access to government services—is uncertain. Meanwhile, the growing controversy surrounding President Bolsonaro, after the firing of his health minister on April 16 and the resignation of his justice minister on April 24, threaten to draw much-needed attention away from the coronavirus response.

On Tuesday, April 28, the Brazil Institute hosted a webcast discussion of the impact of COVID-19 on Brazil’s healthcare system, economy, and social policy, amid rising political chaos.

"There’s been enormous U.S. investment and presence in Brazil over the past decade, both in medical services, medical devices, bio and life science companies, and pharmaceutical companies or pharmacies. And this creates a connectivity that is really unique at least between North America and South America, and I would think that this would create a real opportunity for private/public partnership between the United States and Brazil.”

“Given the size of our societies—300 million in the United States and 200 million in Brazil…and the degree of infection—it creates an enormous bed from which to work together vaccines and therapeutic treatments, and this is not something that should be lost.”

“In spite of all he has said and done that run contrary to common sense, political, conventional wisdom and science, it’s incredible how resilient has been the popular backing of Bolsonaro."

“Is the Moro affair a turning point in this trajectory or is it just one more hit that he [Bolsonaro] will be able to absorb? My gut feeling is that this time will be different…Moro is a symbol of the anti-corruption fight in Brazil. He was the most popular member of Bolsonaro’s cabinet. He is linked to one of the pillars of Bolsonaro’s platform, the one he ran for the presidency [with], the anti-corruption fight…against the political class.”

“The military, especially the army, are deeply entangled in this administration. They are exposed politically. It will be hard for them to disentangle…So, do not expect the military to take a protagonist role in this process.”

“Brazil had the very first case of coronavirus after carnaval, in late February. So [in] Brazil, we had time to prepare ourselves to face this epidemic.”

“We didn’t do our homework properly…we knew the response that would be needed. But two things complicated very much the response…First of all, the ambivalences, [in] the formal discourse, I would say, from the federal government and the inconsistencies between the federal government and the governors of some states…But this mess, created by these ambivalences, the result is, for me, the biggest humanitarian tragedy that we have ever seen in Brazil.”

“We are going to have, differently from the European countries, a sort of younger pandemic in Brazil.”

“To reopen now, would [cause] a huge humanitarian disaster in Brazil. I know I am speaking on behalf of many of my colleagues, researchers and physicians, we are strongly and clearly against reopening commerce and reopening services in Brazil at this moment.”

“But at the same time…Brazil has an amazing health system. It is the only country with more than 100 million people in the world that offers free healthcare and free health services for all…Brazil has the biggest primary health program in the world, that is Saúde Família, where 60 percent of the population is constantly enrolled in this program…We can use this amazing leverage…to compensate for the lack of testing, in order to identify the symptoms of the population and also do contact tracing.”

“We need to expand our hospital capacity, especially in the public sector…but even if we expand a lot, we have to control the contagion. So if we do not enforce our social distancing policies…what we can forecast is a disaster in terms of hospital collapse in the public system, and perhaps in the private system as well. But the public system is the one that worries me more.”

“There is no such thing as separating health from the economy. Ultimately, these two things go together and ultimately one impacts the other.”

“The economy of course is not in a good place, it has not been in a good place for a while…we came into this crisis with very high levels of unemployment. The fiscal situation was starting to be put on track, but was still relatively weak. But then we got hit by this epidemic…In early March, we had identified cases of COVID19 in Brazil. And at that point the economy minister was still talking about reforms…when it was really obvious that the discussion needed to change completely, to focus on getting the resources to the health system, getting protection for the vulnerable populations.”

“Brazil has about 60 percent of its population that we can call vulnerable: these are people who are either in the informal labor market or are self-employed or are on very little income, and these are precisely the people that we needed to protect.”

“What we see already is a very sharp drop in demand, a very sharp drop in incomes…and with that in mind, what we are likely to see, in the context of a political or constitutional crisis, is an unprecedented drop in GDP…My current best guess is a contraction of about 9 percent and it could be worse than that…With a drop of GDP of that magnitude, we are easily talking about unemployment rates that are going to reach 20 percent or perhaps something above that. So it is a dramatic situation.”

“We need the resources that are currently siting with the Ministry of Health to be passed on the states and the municipalities…these resources are currently not reaching the localities that they need to reach…Second, we need this emergency basic income program that we’ve created to actually reach the people it needs to reach. There have been issues, logistical issues with the distribution of the benefits but also with the registration of people who are eligible.”

“Talking about reopening in Brazil right now is completely premature. The Brazilian situation is weeks behind the U.S. situation, so we are still on the steep side of the epidemiological curve.” 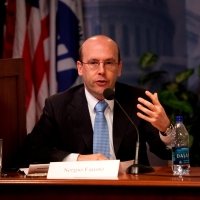 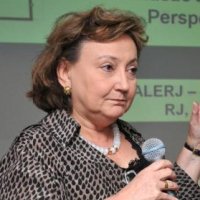 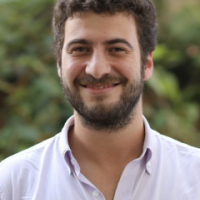