Going Beyond Nuclear: New Energy Security Realities for Japan and the United States 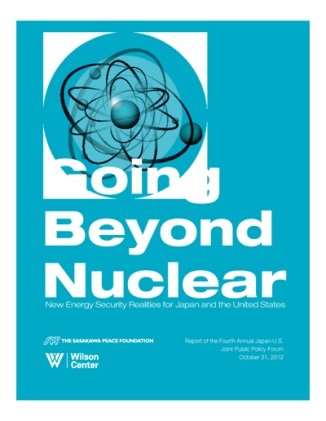 The Fukushima nuclear meltdown has forced Japan to reconsider its energy policy, and as the country continues to grapple with the aftermath of the crisis triggered by the March 2011earthquake, public opinion remains deeply divided about the country’s future energy policy including nuclear power. The United States, too, is facing its own challenges, as a bonanza in natural gas within its borders in recent years is redefining the meaning of energy independence. How both countries are looking beyond petroleum to meet their respective energy needs, and prospects for alternative energy sources including nuclear power, were the topics of discussion at the latest Japan-U.S. Joint Public Policy Forum, held in Tokyo on October 31, 2012.

About 150 energy experts and policymakers from both the United States and Japan took part in the day-long conference entitled The Future of Energy: Choices for Japan and the United States, which was the fourth annual conference held jointly by the Sasakawa Peace Foundation and the Woodrow Wilson International Center for Scholars. While the starting point of the conference was the consequences of the nuclear fallout as a result of the earthquake and tsunami that devastated Japan in March 2011, discussions ranged far beyond Japan’s nuclear prospects, as conference participants agreed that Japan’s energy future could not be seriously discussed without continual reference to the global political as well as economic landscape.