From the publisher: “The most momentous change in American warfare over the past decade has taken place away from the battlefields of Afghanistan and Iraq, in the corners of the world where large armies can’t go. The Way of the Knife is the untold story of that shadow war: a campaign that has blurred the lines between soldiers and spies and lowered the bar for waging war across the globe. America has pursued its enemies with killer drones and special operations troops; trained privateers for assassination missions and used them to set up clandestine spying networks; and relied on mercurial dictators, untrustworthy foreign intelligence services, and proxy armies.”

“The Way of the Knife provides a stunning, inside account of the CIA’s transformation after 9/11 from an intelligence agency into a global clandestine killing machine. Mazzetti …has written a frightening, must-read book.”

—Jane Mayer, staff writer, The New Yorker; author of The Dark Side: The Inside Story of How the War on Terror Turned Into a War on American Ideals

“The United States fought three wars after 9/11: Iraq, Afghanistan, and the one in the shadows. This is an authoritative account of that that third war, conducted by the CIA and military Special Operators in Yemen, East Africa, and, most of all, Pakistan. If you want to understand the world we live in, you need to read it.”

—Thomas E. Ricks, author of Fiasco and The Generals 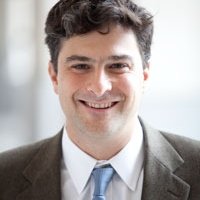