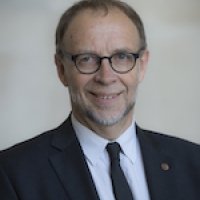 Since the 1990s Lester Thurow, Robert Reich, and others, have argued the international competitiveness of countries increasingly depends on the capacity to enhance the knowledge intensive sectors of the economy. Growing numbers of cities and urban regions target knowledge industries, and at the same time seek to enhance the research, technology, intellectual property, education, and urban amenity features of the city. Universities are important to knowledge-based economies because of their focus on education and human resources development, contribution to innovation and technological change, and the cultural adaptation processes facilitated by campus communities. As the global economy becomes more integrated, cities and universities have become more globally competitive. They share an interest in becoming expanding nodes in the cultural circuit of capital and the global knowledge economy, and these interests, while not identical, intersect in significant ways. Cities and universities seek competitive advantages by establishing effective, but sometimes troubled, alliances. The project examines two case studies of American universities branch campuses in Singapore and Adelaide respectively, along with case studies of city-university engagement in Washington DC and New York.