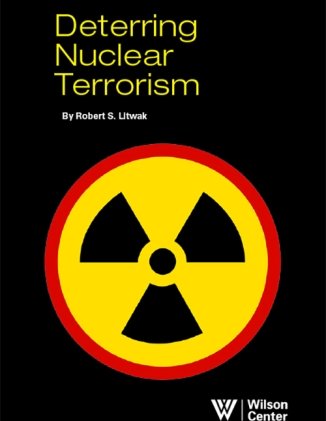 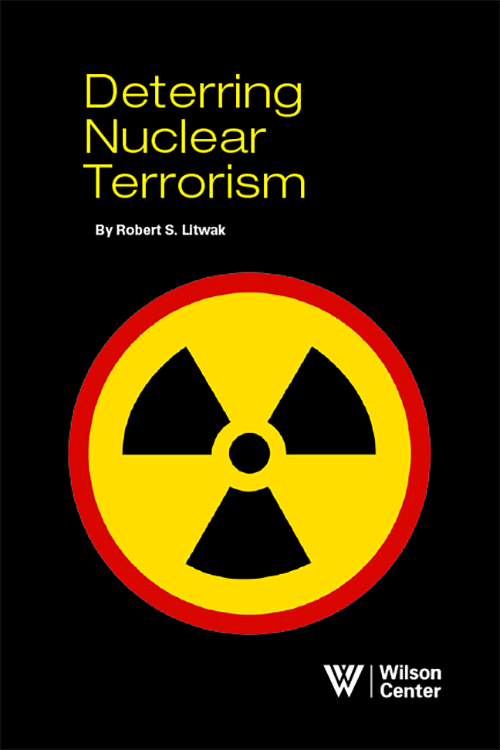 Al Qaeda and other terrorist groups are determined, as President Obama stated, "to buy, build or steal" a nuclear weapon and "would have no problem with using it." Preventing a nuclear 9/11 hinges on foiling terrorist efforts to acquire the capability that would allow them to act on their intention.

Each pathway to nuclear acquisition by a non-state terrorist group is contingent on an act of commission or negligence by a state. The "leakage" of a weapon to a terrorist group would originate from one of the nine nuclear-weapon states, or the 26 states (at current count) with weapons-grade fissile material in their civilian stocks. Effective strategies on the state level to prevent nuclear terrorism will not eliminate non-state threats, but will go far in achieving that objective.

The countries of primary concern with respect to the nexus of proliferation and terrorism--Pakistan, North Korea, Iran, and Russia--are each at an inflection point.

Pakistan continues to build up its nuclear arsenal (including the development of battlefield tactical nuclear weapons), employs terrorism as an instrument of state policy, and faces the internal security threat of radical Islamists attempting to infiltrate its nuclear establishment.

Russia, which inherited the Soviet Union's vast nuclear arsenal and stocks of fissile material, recently terminated its nuclear security cooperation with the United States under the Nunn-Lugar program.

North Korea is on the verge of a strategic breakout both quantitatively (by ramping up its number of warheads) and qualitatively (by mastering warhead miniaturization), and is known, as Secretary of Defense Robert Gates put it, for its willingness to "sell anything they have to anybody who has the cash to buy it."

Iran, the leading state sponsor of terrorism (according to the U.S. State Department) concluded a nuclear agreement with the world's major powers in July 2015 that constrains the Iranian nuclear program, impeding the Tehran regime's access to weapons-usable materials for 15 years.

Since 9/11, the Cold War concept of deterrence has been retooled to address the threats of a new era. Classic deterrence theory distinguishes between two variants. Deterrence by punishment seeks to affect the intention of a state to carry out a hostile act through the credible threat of a punitive response, whereas deterrence by denial seeks to affect the capabilities of the target state (either by blocking the acquisition of those means or through the adoption of defensive measures to render them ineffective).

The vast majority of work done in the nonproliferation area to counter nuclear terrorism falls under the rubric of deterrence by denial. This covers a range of activities, such as export controls to limit access to technology and physical security at sensitive sites to lock down fissile material to prevent illicit diversion. The Obama administration pursued "cooperative threat reduction" --a deterrence by denial strategy--to secure nuclear weapons and materials globally through a series of four Nuclear Security Summits, which brought together some 50 heads of state and made significant progress (e.g., reducing the number of countries with weapons-usable nuclear materials from 32 in 2010 to 24 by the end of 2015).

To prevent a state from transferring nuclear weapons or technologies to a terrorist group, the United States has employed deterrence by punishment. Dating back to 2006, when North Korea conducted its first nuclear test, U.S. declaratory policy has held that a state that supports or enables terrorist groups to acquire or use nuclear weapons would be held "fully accountable."

Because North Korea is the one state that might sell a weapon or nuclear technology to a terrorist group, this general declaratory policy should be made explicit: The deliberate transfer of nuclear capabilities by the Pyongyang regime to a non-state entity could trigger a non-nuclear, regime-changing response from the United States. A highly contentious issue relating to nuclear leakage is whether potentially negligent states, such as Pakistan, should be held "fully accountable." Technical advances in the area of nuclear "attribution" will increasingly permit experts to determine the source of fissile material should an attack occur. The United States has an interest in publicizing its attribution capabilities so that states of proliferation concern will know that they need to take possibility of detection, and the attendant risk of retaliation, into account. The deterrent threat captured in the calculatedly ambiguous phrase "fully accountable" does not commit the United States to a retaliatory response against the country of origin. The fear of deterrence by punishment could lead countries that are the potential sources of nuclear leakage to implement more effective strategies of deterrence by denial.

An inherent tension exists between the twin variants of deterrence--punishment and denial. An over-emphasis on the punitive threat of the former potentially undercuts the target state's incentive for cooperating in the implementation of the latter. The policy tension between punishment and denial can be managed but not resolved.

The Iran nuclear accord set an important nonproliferation precedent--deterrence by denial through arms control. That approach should be attempted to constrain the nuclear capabilities of two other hard cases, North Korea and Pakistan. In both, the objective would be to cap and secure those countries' nuclear weapons and weapons-usable fissile material. Opting for a negotiated freeze of capabilitie srecognizes that a full rollback of either North Korea's orPakistan's nuclear programs is not a diplomatically attainable objective. That said, even the more modest goal of capping and securing their nuclear arsenals would face formidable political obstacles in both countries.

Negotiating a freeze would buy time and prevent the problem from getting worse. China, which has balked at applying meaningful pressure on North Korea to curb its nuclear ambitions, faces a strategic choice of either acquiescing toPyongyang's strategic breakout or living with its adverse consequences in northeast Asia (e.g., the August 2016 decision to deploy the THAAD antimissile system in South Korea).

The Obama administration has reportedly floated a deal that would cap Pakistani nuclear capabilities (in particular, the expansion into vulnerable tactical nuclear weapons for battlefield use) in return for relaxing the strict controls on nuclear exports to Pakistan. The proposal would essentially trade off Pakistani restraint and transparency for measures to normalize the Pakistani nuclear program. Constraining the Pakistani program so that this fragile state does not become the world's fourth largest nuclear state can only be accomplished within the broader geopolitical context. China, which played a constructive role in negotiating the Iran nuclear deal, should have an interest in avoiding a spiraling arms race in South Asia that increases the risk of nuclear leakage from Pakistan.

Denying ISIS the capabilities of a state is essential. Rolling back the Islamic State's control over territory in Iraq and Syria would block its access to the economic and technological capabilities of a state. Such a strategy of deterrence by denial would not eliminate ISIS's threat of WMD terrorism, but would substantially reduce it.

A much more likely event of lower consequence would be the detonation of a radiological dispersal device (RDD)--a socalled "dirty bomb"--by ISIS or another terrorist group. RDDs have been called "weapons of mass disruption" because their consequences would be primarily economic and psychological. A strategy of deterrence by denial would aim both to block ISIS&'s (or any other terrorist group's) access to RDD capabilities and to deploy defenses to prevent a successful attack on a nuclear power plant. The former would entail securing radiological materials as is being done with weapons and weapons-usable materials. But radiological isotopes are in pervasive use throughout society in medicine and business, so a denial approach, while necessary, cannot realistically eliminate the threat.

Nuclear terrorism encompasses a spectrum of threats--the detonation of a nuclear bomb, an attack on a civil nuclear installation, or the dispersal of radiological materials through a "dirty bomb." Each differs in probability and consequence. But the strategies adopted to counter these variegated threats share a fundamental characteristic. Their focus is on state actors, who through their intent or laxness, would be the source countries of the weapons, nuclear technology, and radioactive materials that terrorists would either use to perpetrate attacks or target. This underscores the leitmotif of this monograph: Effective strategies of deterrence, which coherently integrate both the denial and punishment variants, on the state level remain the prerequisite for countering the non-state threat of nuclear terrorism.

"Robert Litwak's Deterring Nuclear Terrorism is a timely and important contribution to the study of both counterterrorism and non-proliferation. It provides a salutary reminder of the potentially catastrophic consequences of irresponsible nuclear-armed states making common cause with exceedingly violent non-state entities. At a time when lamentably little attention is being paid to this threat, Litwak has written a compelling analysis of the ultimate worst-case scenario and the practical policy measures that we can embark on today to enhance global security in the future."

"Few people in the national security field think longer or deeper about serious foreign policy challenges than Robert Litwak.  Leveraging his past experience in the White House and years at a premier think tank in Washington, his analyses marry academic rigor with pragmatic policy prescriptions.  His latest monograph on nuclear terrorism focuses on an issue that seems ripped from a Hollywood thriller, but is actually an all-too-real and growing threat to global security.  All concerned Americans should want to read it; officials preparing for the next Administration need to read it.