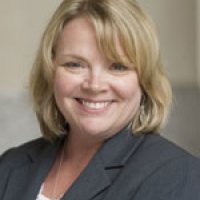 "U.S. officials understandably are focused on America’s middle class, but they should also pay closer attention to the ways in which the growing global middle class may undermine American interests, beyond its acknowledged effects on climate change and resource scarcity," writes Brenda Seaver.

In his last State of the Union address, President Obama made a pitch for “middle class economics” to help America’s beleaguered middle class, which continues to face stagnant wages, job displacement and soaring college costs and debt. His stated goal was to provide Americans with the requisite tools to get ahead in a fast-paced, constantly changing global economy. Of course, the United States middle class is not alone. Those in other advanced industrial countries are suffering similar or worse fates.

Meanwhile, an opposing trend is sweeping the developing world. Both the size and spending of the middle class in emerging market and developing countries are surging, particularly in China and India. By 2030, Asia-Pacific countries will comprise nearly two-thirds of the global middle class, dwarfing the projected one-fifth for Europe and North America combined. Seized by the dramatic eastward shift of global consumption, a growing number of analysts are examining the potential economic and political consequences of the rising global middle class.

U.S. officials understandably are focused on America’s middle class, but they should also pay closer attention to the ways in which the growing global middle class may undermine American interests, beyond its acknowledged effects on climate change and resource scarcity. Policy makers generally laud the rising global middle class’s long-term benefits, such as economic growth and development, democratization, rule of law and political moderation. Unfortunately, the disruptive and destabilizing nature of middle-class expansion in the short-to-medium term, exacerbated by globalization and the digital revolution, has been relatively overlooked.

It is time to adopt a less optimistic and more balanced perspective on the rising global middle class and to broaden the dialogue to include its implications for U.S. national security. The Atlantic Council’s Mathew Burrows recently highlighted some negative consequences. Here are five additional ways in which middle-class growth may contribute to one of the principal foreign-policy challenges facing U.S. officials—the relative decline of U.S. power and influence:

1. It could reinforce and prolong the global “democratic recession.”

Using Freedom House data, Larry Diamond demonstrated that the world has experienced a decline in democracy for nine consecutive years, beginning in 2006. Not coincidentally, many countries that regress, such as Thailand and Nigeria, also experience strong middle-class growth as large population segments are lifted out of poverty into the “vulnerable” middle class. The problem is that the lower middle class is susceptible to the appeals of populist leaders who are intent on weakening or preventing the emergence of democratic institutions as they pursue redistributive policies that benefit the lower classes and alienate the others. In addition, the rising material expectations of the growing middle class increase dissatisfaction when those expectations are not met, especially when the global economy slows, fueling street protests and increasing pressure on weak and stable democracies alike. As the late Samuel Huntington emphasized, frustration-fueled street politics and the revolutionary fervor of the middle class are not always good for the health of democracies.

The Obama administration has focused less on the promotion of worldwide democracy than its predecessor, but democratic norms and institutions nonetheless remain a core element of U.S. soft power, which the global democratic recession is undermining. Public dissatisfaction with democracy is on the rise around the world. When forced to choose, many survey respondents have favored economic performance over democratic institutions. If middle-class individuals continue to support leaders with questionable or no democratic credentials because they believe those leaders will maintain redistributive policies, then we may find ourselves in a period similar to the 1930s, which was marked by heightened ideological tensions and authoritarianism.

2. State capitalism may become a formidable rival to liberal capitalism.

China’s impressive economic growth strengthened the appeal of state capitalism, which Beijing practices under the leadership of the Chinese Communist Party. The Party’s manipulation of markets for political ends (its own survival) has produced years of double-digit economic growth and rapid economic development. Although China’s economy is slowing, it still has the fastest-growing economy in the G20 group of countries. China’s progress has occurred at the same time that the United States, individual Western European countries and the European Union have faced daunting political and economic challenges. Indeed, the Eurozone crisis, economic recession, empowered far-right parties, executive-legislative deadlock and wage stagnation have raised questions about the viability of liberal capitalism in the twenty-first century.

Because the liberal capitalist model remains a vital source of U.S. soft power, a decline in its legitimacy and practice relative to state capitalism’s would reduce American influence. If leaders in nondemocratic regimes and citizens in democracies become persuaded that state capitalism’s four central actors—state-owned enterprises, privately-owned state champions, national oil companies and sovereign wealth funds—offer a more reliable route to economic prosperity and stability, then we could see a contagion effect in the developing world. Struggling to overcome the middle-income trap, countries such as South Africa and India already have practiced state capitalism to different degrees, mindful that several states other than China also have had temporary success with the model, including Singapore, South Korea, Japan and Germany in the 1870s. Waxing state capitalism, if managed well, could boost global economic growth for a period, but it would also have an adverse impact on relative U.S. power.

A reformed and more equitable global order in the short term could improve international cooperation because emerging market heavyweights would gain clout and view the modified order as more legitimate. However, Chinese leaders, emboldened by successfully tinkering with the global order, might decide to up the ante and pursue a revisionist course that is less liberal. They also might adopt more aggressive foreign-policy strategies, including in the hotly contested South and East China Seas.

That most terrorist leaders have middle- and upper-class backgrounds and some college education is now part of the conventional wisdom and no longer an arcane research finding. What is less well known, however, is that other studies show that overall there is little connection between socioeconomic status and terrorism at the individual level. These findings suggest middle-class Muslims are at least as likely to participate in terrorism as are poor Muslims. They also contradict the popular notion that poverty is a leading cause of terrorism. Research illustrates that other factors are greater motivators, including a lack of civil liberties, the absence of political freedom, ideological-religious zealotry and real or perceived relative deprivation.

Only a small minority joins an Islamic extremist group or commits acts of terrorism. But as Muslim populations and their middle classes increase in countries like Indonesia, Pakistan, Afghanistan and Saudi Arabia, conditions become more fertile for Islamic extremism. Islam is the world’s fastest-growing religion (73 percent growth rate versus Christianity’s 35 percent), and Muslims are projected to reach parity with Christians by around 2050. More importantly, a majority of Muslims in different regions say they desire a larger role for Islam in politics. If the growing number of middle-class and other Muslims becomes impatient with governments that are secular or are not sufficiently Islamic, then the most fervent may resort to militancy out of frustration.

4. A larger Muslim middle class could give rise to moderate Islamic regimes.

Muslims around the world are struggling to find a viable political template that would increase the role of Islam in political life without emulating existing models, namely Iran’s Shiite theocracy and Saudi Arabia’s Sunni monarchy. For years, all eyes have been on Tunisia, and to a lesser extent on Turkey, to build successful moderate Islamic democracies. However, Islamic party Ennahda lost its legislative majority last year—a boon to democracy, but not to Islamic government. More recently, Turkish prime minister Erdogan’s Islam-friendly ruling party also took a beating in legislative elections, losing its majority.

Nonetheless, the rapid growth of Muslim populations, together with a growing Islamic middle class that desires moderate Islamic regimes, suggests Muslims worldwide are not likely to abandon their quest for Islamic government anytime soon. The spread of moderate Islamic regimes would not directly undermine U.S. interests, particularly if those regimes promoted stability, economic growth and good governance. However, such regimes, including those that come to power in elections, most likely would not follow liberal norms and practices because they are antithetical to Islamic law. The spread of illiberal moderate Islamic regimes would likely undermine U.S. power and diplomacy because these governments would challenge the liberal foundation of U.S. soft power, and diplomatic solutions might be more difficult to achieve with illiberal regimes than with liberal democracies.

5. It could fuel social revolution in pivotal states.

When social revolution occurs in states that are pivotal to U.S. interests, the resulting political instability and frequent ascendance of anti-U.S. leaders threaten American interests, whether economic, energy, security and/or geopolitical in nature.

It is impossible to predict when and where social revolution will occur and what new societies and governments would look like. Francis Fukuyama speculates that we may see a new brand of ideology or regime-type that does not fit neatly into the liberal democratic, communist, fascist and military dictatorship paradigms of the past. He warns that Greece may be ripe for social revolution because of its economic crisis’ toll on the middle class, which Huntington believed was the most revolutionary social class. Other possibilities are that the Islamic State could stage a top-down social revolution with a Sunni Salafi-Wahhabi character. Even less likely: a successful Islamic social revolution launched by Boko Haram in Nigeria. Both terrorist groups would be challenged to acquire and maintain control over their entire states, as opposed to a few key cities.

This article was originally published in the National Interest.