The Islamic State (also known as IS, ISIL or ISIS) was dealt serious blows with the loss of its territorial caliphate in March 2019 and death of its leader, Abu Bakr al Baghdadi, in October 2019. How have IS members and affiliates responded to the losses?

For IS, the loss of territory was not necessarily a shock. Since 2016, it has had a plan to survive the loss of its caliphate that drew on lessons from setbacks between 2007 and 2009. In a speech in May 2016, then IS spokesman Abu Muhammad al Adnani prepared the group’s supporters to endure another tactical defeat. “Victory is the defeat of one’s opponent,” he said, “Were we defeated when we lost the cities in Iraq and were in the desert without any city or land? And would we be defeated [if we lost] Mosul or Sirte or Raqqa? Certainly not! True defeat is the loss of willpower and desire to fight.”

IS also prepared its followers for the possibility that Abu Bakr al Baghdadi would be killed. In November 2016, Baghdadi warned, “Know that if some of your leaders are killed, then God will replace them with those who are equal or better than them. God will not neglect you, so do not be disheartened. Truly, God is with us.”

The most hardcore IS supporters are unlikely to be deterred by these setbacks. However, the loss of territory has hampered its ability to recruit new followers locally and globally to the same degree witnessed in 2012-2015, when their message of winning and momentum propelled them to new heights on top of the Caliphate announcement.

How has IS dealt with the losses in its messaging?

In March 2019, when IS was losing the Syrian town of Baghuz, its last sliver of territory, then spokesman Abu al Hasan al Muhajir declared, “By God’s grace, the sons of the Caliphate continue to prove that they are the firm and solid rock on which will break the alliance of infidels...They will retreat...in disgrace and shame.” He said this in the context of explaining that the loss was just a test from God to help purify the group’s ranks: “Victory comes with patience, comfort comes with suffering...With patience comes certainty in the promise.” 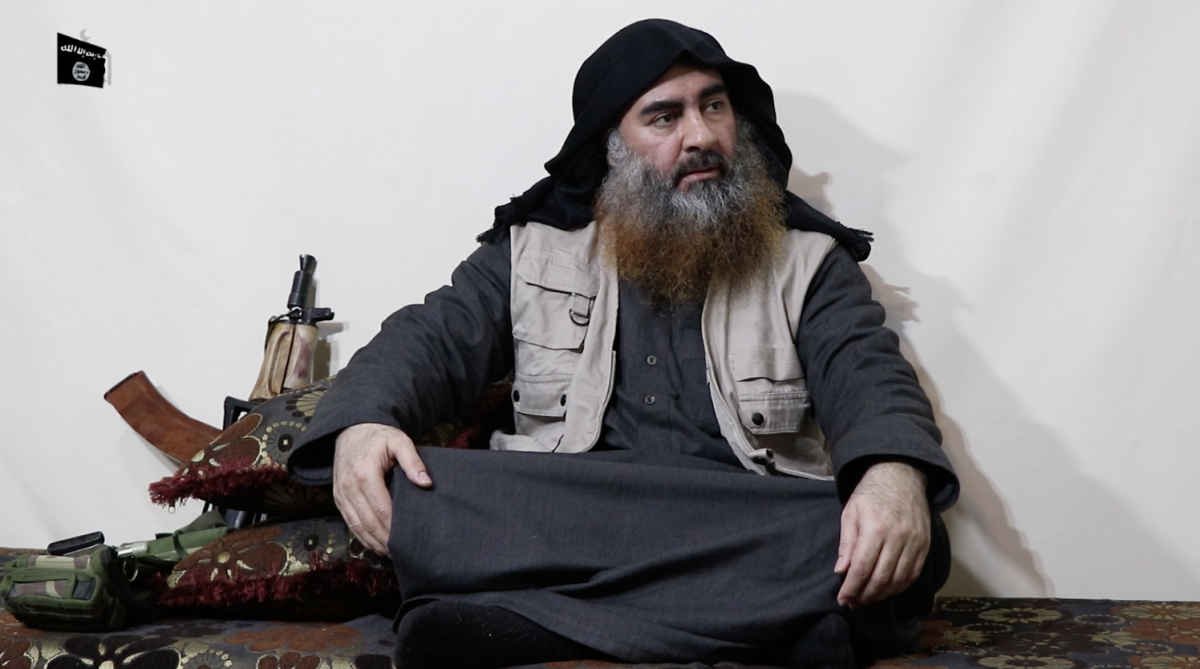 Baghdadi in his April 2019 video message

Baghdadi responded to the loss of territory in his April 2019 video message, which was only the second time he showed his face during his nine years as leader of IS. He praised those who fought in the way of God against what he described as the “brutality of the Crusaders.” He reiterated that the current fight “is one of attrition” that will hinder the “enemy” in the long run. Abu Bakr also highlighted the activities that its external wilayat (provinces) were undertaking outside Iraq and Syria to illustrate the continued resolve of the organization and that the loss of territory was not the end to IS. He said it was just a new phase.

How have the losses affected IS’s ability to recruit fighters—or keep its forces intact?

In the aftermath of IS’s territorial losses, it started a video campaign entitled “And The [Best] Outcome Is For The Righteous” to reaffirm pledges of allegiance to al Baghdadi. The purpose was for affiliates within IS’s global network to show that they remained with the organization. The campaign garnered support from core branches in Iraq, Syria as well as outlying provinces and supporters in Bangladesh, Yemen, the Democratic Republic of Congo, Mozambique, Somalia, Tunisia, Turkey, Libya, Azerbaijan, Afghanistan, Chechnya, Philippines, Egypt and Nigeria. 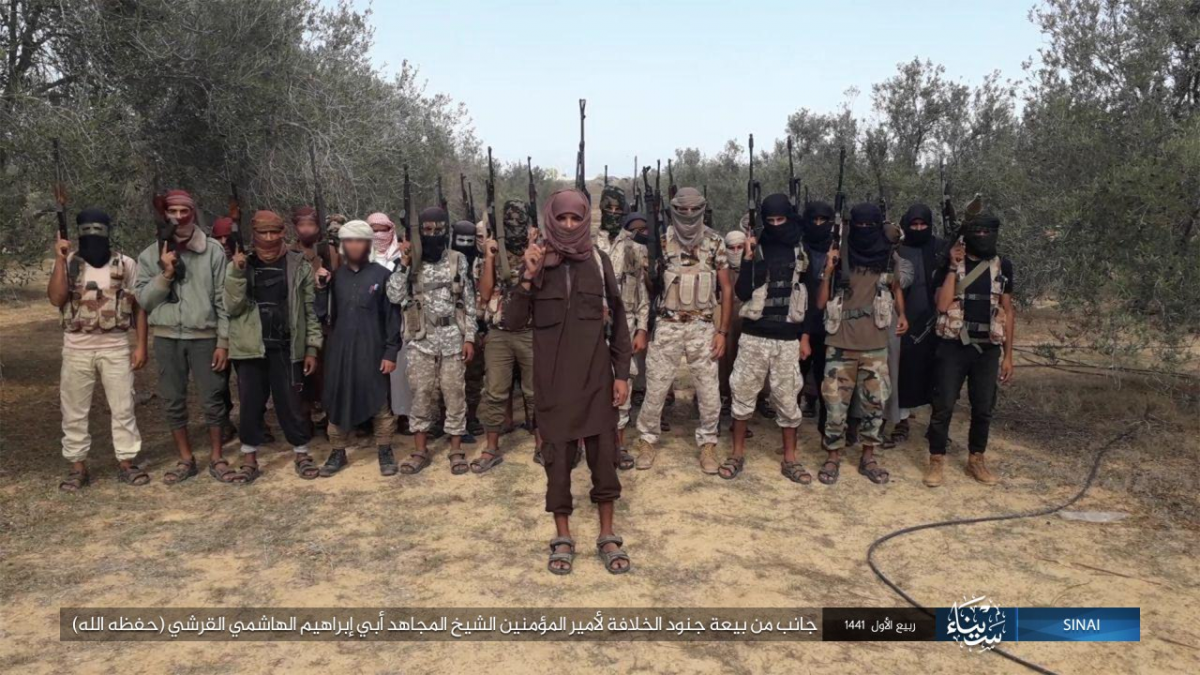 Fighters from Sinai Province declaring their allegiance to al Qurashi

IS launched the campaign for two reasons. First, pledges are leader-specific rather than group-specific and thus need to be renewed with each succession. Secondly, it was a way to legitimize al Qurashi’s rule and create a media event so that the group could promote itself as it transitioned to a new phase. The process was important for the legitimacy of its leadership and to weed out potential insubordination before it manifested into something larger, as it had when IS rebelled against al Qaeda in the past.

Is there any evidence of ISIS splintering or defecting to other groups, including al Qaeda affiliates?

No, there has not been any evidence of this thus far.

IS has continued to operate as an insurgency in both countries. They are biding their time to try and breakout prisoners and potentially retake territory. Through a war of attrition (istinzaf), they believe they will wear out their enemies. They are also taking advantage of any spaces that are out of the reach of the central government or sit on political, ethnic, or religious fault lines, which they hope to exploit.

Between the fall of Baghuz at the end of March 2019 and December 12, IS claimed responsibility for more than 1,500 operations in Iraq and Syria. In Syria, it claimed:

In Iraq, the group claimed:

The numbers might seem impressive, but the group is not nearly as active as it was at its height from 2014 to 2016. As of  November 2019, the number of monthly attacks in Iraq was at its lowest since the U.S. invaded Iraq in 2003, according to Joel Wing, a specialist on Iraq.

Where are they most active? Are there new bases of operations or concentrations of fighters?

IS has been most active in Deir al Zour province in Syria and Diyala province in Iraq. The group has taken advantage of areas with weak governance and used them as bases to rebuild. IS outlined its insurgent strategy goals in a series of articles in its weekly al Naba newsletter in late spring 2019. 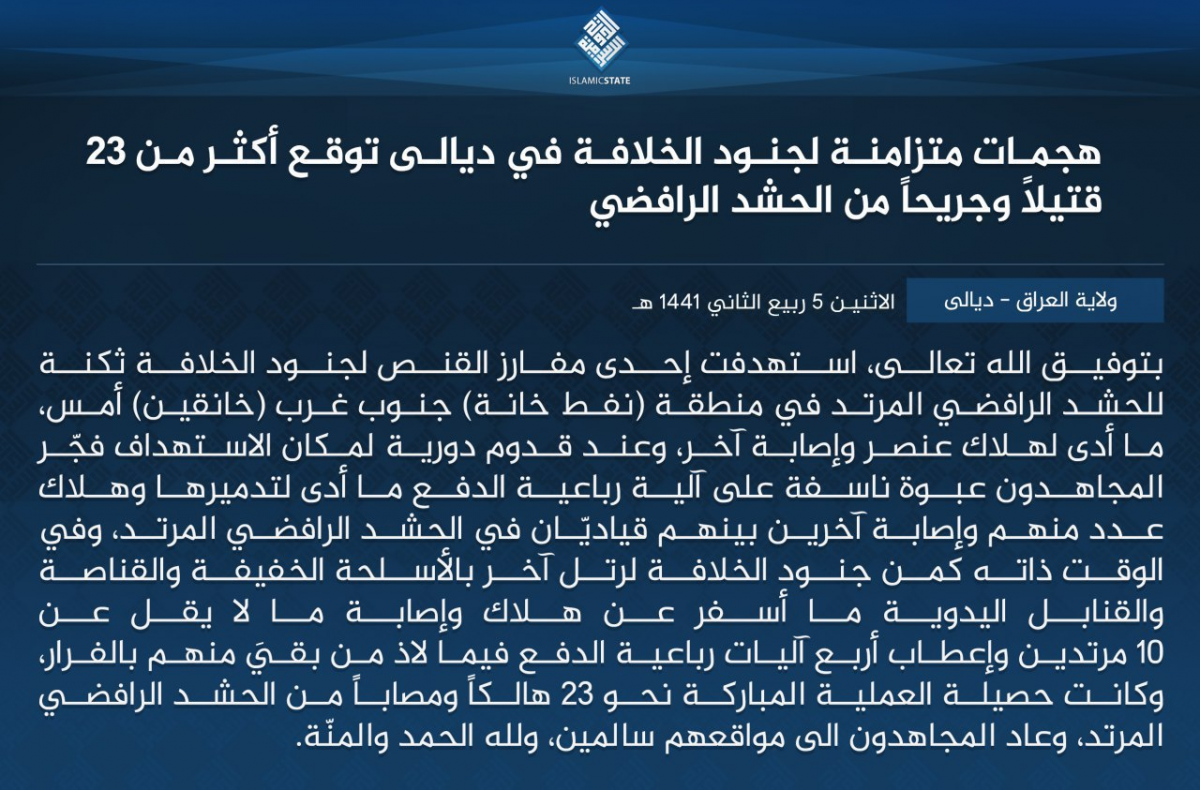 IS has been focused on:

What is known about Baghdadi’s successor, Abu Ibrahim al Hashemi al Quraishi? Are there any other leaders of note emerging?

Little is known about IS’s new leader except that he is a member of the Quraysh tribe (the tribe of the Prophet Muhammad), which provides him lineal credibility to become a caliph. Abu Ibrahim is described by Abu Hamzah al Qurashi, IS’s newest official spokesperson, as a religious scholar (‘alim min al ‘ulama) who “fought against the protector of the Cross, America,” probably in Iraq. His religious and military background provides credibility among IS supporters. There are rumors that Abu Ibrahim could be the nom de guerre of Amir Muhammad Sa‘id ‘Abd al-Rahman al-Mawla (Hajji ‘Abd Allah), although it has yet to be confirmed.

How is IS financing its operations, paying its staff, and buying materiel given the loss of assets and control of Syrian oil fields?

IS no longer has as many expenditures since it’s not running a state. But the group “is left with significant residual wealth, estimated to be as much as $300 million… [and] encouraging increased financial self-sufficiency throughout its [wilayat],” according to a U.N. report in July 2019. Since it lost its last stronghold in Baghouz, IS has reinvested its funds in legitimate businesses, such as real estate and car dealerships. A number of them have been in Turkey, according to the U.S. Treasury, which has designated IS individuals and transfer/exchange companies. In September 2019, Turkey broke up some of these networks.

IS has also maintained extortion schemes through kidnapping-for-ransom; taxing human trafficking and oil supply line routes; selling different assets on the black market; taking advantage of corruption from reconstruction efforts in western Iraq; and requiring zakat (obligatory religious almsgiving tax) payments from locals when they take over towns for short periods of time.

Aaron Y. Zelin is the Richard Borow Fellow at the Washington Institute for Near East Policy and a visiting research scholar at Brandeis University. He is the author of the forthcoming book Your Sons Are At Your Service: Tunisia's Missionaries of Jihad (Columbia University Press). Zelin is also the founder of the website Jihadology.net and its podcast, JihadPod.

Article
US: On Second Anniversary of ISIS Fall
March 24, 2021