After Two Years, Lebanon Has Done Nothing in Response to the Port of Beirut Blast 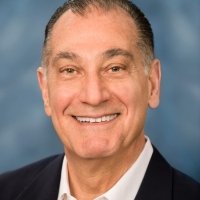 On August 4, 2020, a massive explosion at the Port of Beirut left scores dead and injured. If Lebanon's leaders do not act now on reforms that led the country to ruin, it may become a failed state within months.

On August 4, 2020, over 500 tons of ammonium nitrate stored in a warehouse at the Port of Beirut exploded, causing more than 220 deaths, 7,000 injuries, 300,000 displaced individuals, and at least $15 billion in property damage. Since then, there has not only been a lack of closure for the families of the victims, but the very corruption and negligence that caused such carnage and suffering has yet to be addressed by those in power.

Lebanon has only a number of months to make essential changes to curb the suffering of its people and reinforce its crumbling institutions before the country collapses.

The financial crisis, humanitarian plight of the people, and threat of regional conflict have all worsened. Lebanon has only a number of months to make essential changes to curb the suffering of its people and reinforce its crumbling institutions before the country collapses. It is clear what must be done by the Lebanese to recover from this manmade disaster. And given US strategic interests in the region, highlighted by President Biden’s recent visit, there are important areas of support where the US can help.

In late July, a staff delegation from the American Task Force on Lebanon met with Lebanon’s leadership to urge a more robust response to the suffering of the Lebanese people. We stressed four things that they need to get done immediately: implement reforms necessary to unlock aid from the International Monetary Fund (IMF), reach an agreement with Israel over a maritime boundary, respond to the wheat crisis, and choose its next president in a timely manner.

The leaders we met with, from President Michel Aoun, Prime Minister Najib Mikati, Speaker of the Parliament Nabih Berri, to Deputy Prime Minister Saade Chami, seemed to understand that the parliament should implement necessary reforms to unlock over $3 billion in assistance from the IMF and open the door for further international support. The staff-level agreement between Lebanon and the IMF includes specific requirements for financial and banking reform that will take political courage as they will come at a cost for those in power who have vested interests in the current dysfunctional system.

Recent tensions between Israel and Hezbollah over the Lebanese-Israeli maritime boundary serve as a reminder that the longer this issue remains unresolved, the likelihood of conflict increases. The US leadership role here is also crucial as Senior Advisor for Energy Security Amos Hochstein is mediating the negotiations and has made multiple visits to Beirut this year.

While the US has committed to providing an additional $67 million to help cover the salaries of soldiers, it must continue to increase assistance.

Joseph Aoun, commander of the LAF, shared with us how his soldiers are continuing to struggle with providing for their families given the collapse of Lebanon’s currency and the resulting devaluation of salaries. While the US has committed to providing an additional $67 million to help cover the salaries of soldiers, it must continue to increase assistance. To this end, we were encouraged to see that support for the LAF was a commitment reaffirmed by the US and Saudi Arabia during President Biden’s recent trip to the region. Despite its constraints, the LAF is succeeding in keeping peace within the country and calm on the southern border with Israel, and remains the best functioning and most trusted institution in Lebanon.

Before the Russia-Ukraine war, close to 90 percent of Lebanon’s grain and cooking oil imports came from those two countries. The World Food Programme reports that food prices in Lebanon have risen by over 1,000 percent. Right now, people can’t even afford bread and we impressed upon Lebanon’s leaders the need to respond. While Lebanon’s parliament just voted to use a $150 million World Bank loan to pay for wheat imports, which will stabilize bread prices for at least six months, the country needs a long-term solution. As the leading international donor to the Lebanese people, which provided an additional $64 million in food security aid this past March, Washington must continue to be engaged.

We conveyed to all lawmakers we met the need to compromise and quickly identify a consensus candidate capable of meeting the needs of the Lebanese people.

In the next six weeks, the process of selecting Lebanon’s president will begin in parliament. Lebanon’s most recent election witnessed a larger than expected number of independent and reformist candidates elected to office; however, parliament remains divided. We conveyed to all lawmakers we met the need to compromise and quickly identify a consensus candidate capable of meeting the needs of the Lebanese people. This will require compromise among the various factions in the Parliament.

We also reaffirmed the necessity for a truly independent judiciary in Lebanon. Two years have passed since the devastating explosion and still no one has been brought to justice. MPs previously charged with negligence for their refusal to participate in the investigation when they were legally summoned by Judge Tarek Bitar are now protected under parliamentary immunity.

The August 4th explosion, the current financial crisis and negligence of the government have caused death and suffering. The clock is ticking on Lebanese leaders to grab onto the lifelines offered to them by the IMF and international community and signal to the world that they themselves will no longer stand in the way of progress.

Failure to act will result in a failed state within months.