Skip to main content
Support
Explore More
Close
Video
History
Works in Progress: All the Truth is Out & State of Siege
Share on FacebookShare on TwitterShare via Email
SharePrint
Article

All the Truth Is Out: The Week Politics Went Tabloid

Matt Bai, Public Policy Scholar from 2013, recently published his new book, All the Truth Is Out: The Week Politics Went Tabloid, which he worked on during his time at the Wilson Center. The book looks at 1988 Democratic presidential candidate Gary Hart, who withdrew from the race following intense media scrutiny after an alleged affair. 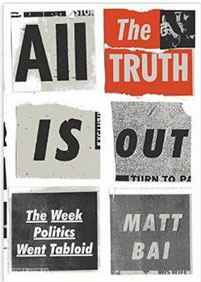 Matt Bai, Public Policy Scholar from 2013, recently published his new book, All the Truth Is Out: The Week Politics Went Tabloid, which he worked on during his time at the Wilson Center. The book chronicles the 1988 Democratic primary presidential bid of Senator Gary Hart, a campaign that ended early when he withdrew from the race following intense media scrutiny after an alleged affair. Bai identifies the Hart scandal as a tipping point for American journalism.

From Amazon: In 1987, Gary Hart-articulate, dashing, refreshingly progressive-seemed a shoo-in for the Democratic nomination for president and led George H. W. Bush comfortably in the polls. And then: rumors of marital infidelity, an indelible photo of Hart and a model snapped near a fatefully named yacht (Monkey Business), and it all came crashing down in a blaze of flashbulbs, the birth of 24-hour news cycles, tabloid speculation, and late-night farce. Matt Bai shows how the Hart affair marked a crucial turning point in the ethos of political media-and, by extension, politics itself-when candidates' "character" began to draw more fixation than their political experience. Bai offers a poignant, highly original, and news-making reappraisal of Hart's fall from grace (and overlooked political legacy) as he makes the compelling case that this was the moment when the paradigm shifted-private lives became public, news became entertainment, and politics became the stuff of Page Six.

“Gary Hart. Remember him: the presidential contender who rode a boat named Monkey Business into a media whirlpool? You should, as [this] book…makes clear. And the reason isn’t so much the scandal that swallowed him or his particular exit from the campaign arena. It’s the warning that his story sounded—about a new brutality on the campaign trail, about uncharted waters of media invasiveness and about the way both would wind up culling the herd, not in favor of the strongest candidates but in favor of those so driven or vacuous that the caress of the spotlight redeems the indignities of the process.” —Frank Bruni, The New York Times

“Bai’s title embodies the wry humor and empathy that makes All the Truth Is Out such a compelling read...The truth Bai is after is something larger and more substantial. Bai argues that Hart’s fall unleashed what President Bill Clinton would later call the ‘politics of personal destruction,’ and that the fixation of the media on the ill-defined ‘character issue’ constituted a tragedy for the entire country.” —Columbia Journalism Review

You can purchase a copy of Matt Bai's book here. 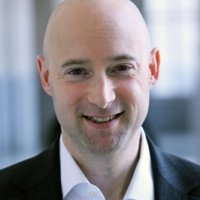