Despite years of warnings from Washington over China’s “debt trap diplomacy” and “predatory lending” in Latin America, 80 percent of Argentines favor Chinese investment, according to a poll by the Latin American Program at the Woodrow Wilson International Center for Scholars and its Buenos-Aires based partner, Poliarquía.

According to the survey, 76 percent of Argentines hold a positive view of China, including 83 percent of supporters of Macri, though he is Argentina’s most pro-U.S. president in decades.

The national ArgentinaPulse survey, conducted in June 2019, found that more Argentines – 28 percent – consider the United States to be Argentina’s most important relationship outside Latin America, compared to 19 percent that view China as its top partner.

But despite White House criticisms of China’s role in the region, only 32 percent of Argentines believe the country must choose between Washington and Beijing. Of those who forecast an eventual rupture with one of the two global powers, 54 percent would prefer Argentina choose China. 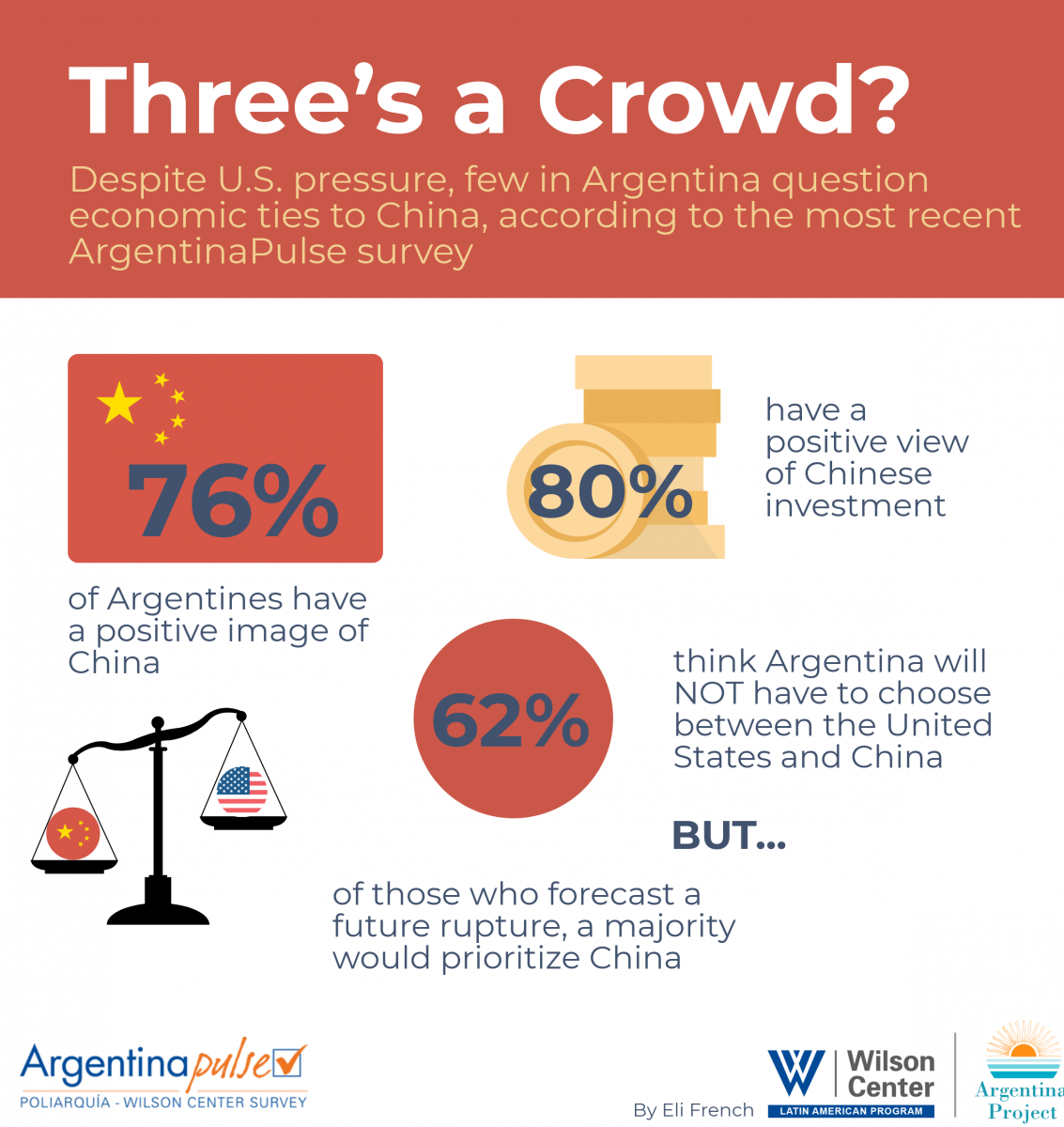 ArgentinaPulse is a joint undertaking of Poliarquía Consultores and the Argentina Project at the Wilson Center. The aim of ArgentinaPulse is to produce, scientifically and systematically, analysis and public opinion data on Argentines’ perceptions of the world order, international relations, and global issues. Poliarquía Consultores provides ArgentinaPulse with the technical capacity to produce high-quality social research, while the Wilson Center contributes its expertise studying international affairs. 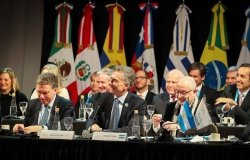