Prime Minister Theresa May has announced a "free vote" in parliament to decide if a withdrawal agreement is necessary before formally leaving the European Union.

With 19 days left before Britain formally exits the European Union on March 29, the House of Commons once again rejected Prime Minister Theresa May's latest withdrawal agreement. A deflated and exasperated May has now promised a ‘free vote’ tomorrow in parliament where MPs will decide, without pressure from the government, whether Britain should leave the EU without a deal. If the Commons votes to rule out a ‘no-deal’ exit which is highly likely, parliament will then vote on Thursday on whether to extend the March 29 deadline and, by extension, seek more time to negotiate a better and more palatable Brexit withdrawal agreement from the UK’s EU partners. It is not clear how long of an extension Brussels would be willing to give London or what other aspects of the withdrawal agreement the EU will give way on. Speaking after her deal was defeated, the prime minister also stressed a second Brexit referendum as another solution to solve the Brexit chaos that has engulfed her premiership and British politics more generally over the last two and a half years.

Britain’s departure from the EU after 46 years of membership was never going to be plain sailing. Disentangling itself from decades of EU rules within a 24-month timetable has proved next to impossible, coupled with a heavy dose of domestic political drama in a parliament that is sharply split on the ‘Europe’ question. The next days will reveal whether Britain crashes out of the EU without a negotiated deal or faces the prospect of either a second referendum or a snap general election. The Brexit chaos looks certain to continue. 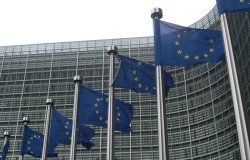 Video
Governance
Europe and the EU: Headlines and Trend Lines