Building Back a Better EU Foreign Policy: Climate and Security after COVID-19 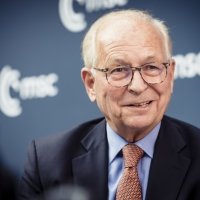 In February 2017, Bill Gates alerted world leaders at the Munich Security Conference (MSC) that “we ignore the link between health security and international security at our peril.” It did not take long for this warning to become a terrible reality—as of this writing (August 2020), 750,000 people have perished from COVID-19, and that number continues to rise. That is roughly ten times the number of people that died in armed conflicts in 2019.

The European Union (EU) was among the regions hit hardest in the early stages of the pandemic. More than 90,000 people have died in Italy, France, and Spain alone. For decades we were under the illusion that our island of relative bliss could isolate itself from global turmoil. We chose to ignore dangers in plain view, instead of taking precautions that could have saved lives. We are advised to not repeat this mistake with regard to another global security threat: climate change. The EU needs a true climate foreign policy, and Germany should help to lead this effort.

After Us, the Floods

Last year’s apocalyptic wildfires in Australia and this January’s devastating floods in Jakarta gave us a glimpse of what is to come if we don’t act now. In fact, for many, the changing climate already poses a massive security threat. In 2019, 24.9 million people were internally displaced as a result of weather-related disasters. Absent drastic measures, such events will become even more frequent and destructive in the future. The World Bank estimates that by 2050, as a result of climate change, more than 140 million people could become internally displaced in Sub-Saharan Africa, South Asia, and Latin America alone.

These climate impacts can also undermine peace, particularly in fragile states. While the effect of climate change on armed conflict within states has only been modest so far, it is expected to rise with global temperatures. The same holds true for interstate conflicts, as climate change may exacerbate resource scarcity or create new and contested abundance, like in the Arctic. If we continue on the current path, climate change will become one of the most serious—if not the dominant threat—to individual and global security.

The COVID-19 crisis underscores that a 21st century understanding of security needs to include non-traditional threats like climate change and points to the importance of reflecting and integrating this broader concept of security in our domestic and foreign policies. Adapting our definition of national and international security is so important because it decisively influences the way we allocate our resources. Our collective lack of pandemic preparedness—despite ample warnings—has highlighted this fact in the most painful manner.

It is good that the strategic community increasingly embraces the link between security and climate change. Eight years ago, when we started to debate the issue in Munich on a regular basis, many were skeptical as to whether climate change was a relevant agenda item for a conference on security. That is certainly no longer the case, but political action has failed to match the rhetoric. This is particularly evident with regard to the weak implementation of the agreements reached at the UN Climate Change Conferences: rather than limiting global warming to 1.5°C, as governments agreed to in Paris in 2015, the world is currently heading for 3.2°C global warming by 2100. Reducing greenhouse gas emissions is the single most effective action we can take to limit climate-related security risks. Yet it is only due to the massive economic shock of a pandemic that 2020 may be the first year in which annual global emissions actually fall by the amount necessary to meet the Paris objectives.

Today, most people understand that no state can address global challenges like pandemics or climate change on its own. However, international efforts are being undermined as multilateral fora and instruments lose support and nationalism gains ground. The United States’ withdrawal from the Paris Agreement—and now possibly the World Health Organization—is a stark illustration of this trend. With governments understandably focused on addressing the public health emergency and economic downturn, the COVID-19 crisis has further contributed to the inward turn of many countries and diverted attention from more long-term policy objectives.

In order to offset these developments it is paramount to both strengthen the capacities of international and regional organizations and establish coalitions-of-the-willing that are able and willing to lead the way through the multilateral deadlock. Given their economic and political weight in the world, it is the European Union (EU) and its member states that have a particularly important role to play in this regard.

The EU and Multilateral Climate Action

To its credit, in the wake of the COVID-19 pandemic, the EU has made significant strides to boost climate action. Underlining that “for climate change, […] there is no vaccine,” President of the European Commission, Ursula von der Leyen, has placed the European Green Deal at the heart of the EU recovery plan. Unfortunately, both in the Commission’s initial proposals, in the subsequent deal agreed by EU leaders, and in the current budget discussions in the European Parliament, the foreign policy dimension of EU action on COVID-19 and climate change has been largely absent.

The imperative of “building back better” should not be limited to our continent. For one, the EU should seek additional ways to support international climate institutions and mechanisms to offset waning support from others during the COVID-19 crisis. The world has very little time left to limit climate change before its effects become irreversible. We simply cannot afford further delays.

But a true climate foreign policy must be about more than reducing emissions. Climate security has to be embedded strategically and operationally in EU foreign policies, such as development aid, global health security, conflict prevention, climate diplomacy, as well as global economic and trade policies.

Many countries in Europe’s southern neighborhood and the Sahel are both highly fragile and particularly vulnerable to the effects of climate change. In the COVID-19 crisis, these same countries face not only the immediate public health implications of the virus, but also potentially deadlier secondary and tertiary effects, such as rapid economic deterioration and food insecurity. Supporting our neighbors during these difficult times is a humanitarian imperative, but it is also a strategic imperative, as further destabilization of these regions will have direct effects on Europe’s security.

Wherever feasible, policies designed to address the manifold threats posed by the pandemic in these regions should also seek to mitigate the threat of climate change, following a green do no harm principle much like EU-internal policies. For example, EU-led investment programs should prioritize climate-friendly industries. Particular attention should also be paid to democracy promotion and governance support as both the COVID-19 pandemic and climate change threaten to increase social tensions in these regions.

More Than an Afterthought

Although climate change has been part of the EU’s security agenda since 2008, including in the 2016 EU Global Strategy, in practice it is still all too often only a foreign policy afterthought. The COVID-19 pandemic is both a reminder and an opportunity to change that. To that end, Germany should use its forthcoming EU Council Presidency to move the climate-security nexus up on the EU agenda und build a better and more comprehensive EU foreign policy.