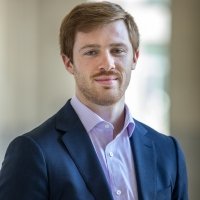 China's new Arctic policy calls for a "Polar Silk Road," tying it into the more expansive Belt and Road Initiative. This portends creeping Chinese influence but provides crucial infrastructure and economic development in the region.

China does not often come to mind when speaking of leading actors in the Arctic. That’s exactly what the country sets out to be though in its recent white paper. Released on January 26, it is the first official publication detailing China’s Arctic policy.[1]

For the past several years, China has eyed the polar region as a lucrative target for investment. The country became a Permanent Observer to the Arctic Council in 2013 after ingratiating itself with Nordic countries and other Arctic actors. In fact, China has more icebreakers currently under construction than the U.S.

China’s self-classification as a “Near-Arctic State” is thus an important and unsurprising step in Arctic affairs, despite the self-aggrandizing nature of the move. It is an attempt to inject itself into the semantics of Arctic conversation. What catches one’s attention in the white paper is the term “Polar Silk Road.” This blatantly ties China’s Arctic ambitions into the more expansive Belt and Road Initiative (BRI).

Aside from the infrastructure construction and economic development of the BRI, the geopolitical ramifications of this massive initiative reach far beyond the East Asian region. China’s various planned Silk Roads stretch into Europe, across the Pacific to South America, and all throughout Southeast Asia. U.S. allies in Europe joined the Asian Infrastructure Investment Bank, a bank that supports the BRI’s activities, despite U.S. pleas to oppose it. Chinese initiatives are now global.

Mirroring the BRI, a Polar Silk Road could yield great benefits for particularly vulnerable Arctic communities. Chinese investment would fuel local economies, and constructing the massive infrastructure would create pockets of growth, leading to improved critical infrastructure as well. With climate change destabilizing ecosystems, it would almost be detrimental to deny investment. To local communities, the political costs seem trivial compared to securing basic necessities like running water and shelter.

The Yamal LNG plant in Russia is an example of current Chinese investment in the Arctic. Situated on the Northern Sea Route, which will be a leading shipping route should Arctic sea ice continue to recede, Yamal is a prime investment target. Chinese entities fund nearly 40 percent of the LNG plant: China National Petroleum Corporation, China’s state-owned oil and gas enterprise, holds a 20 percent stake; the Silk Road Fund, another funding mechanism of the BRI, holds a 9.9 percent stake.[2] Chinese organizations assisted with construction of critical infrastructure, thereby advancing the development of the Arctic. However, this also demonstrates China’s strategy to expand its sphere of influence. China has proven itself adept at exploiting economic opportunities and expanding its influence in the region.

Ultimately, this white paper and the Polar Silk Road lead to a complicated dichotomy—the construction of critical infrastructure that benefits local communities with the caveat of economic and geopolitical power projection by China. This is a unique opportunity to engage China in a cooperative manner, and thus the U.S. should encourage responsible development in the Arctic. This would allow the U.S. a hand in limiting China’s geostrategic ambitions while advancing the interests of the Arctic.