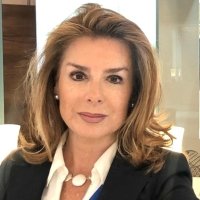 COVID-19 is a pandemic that is collapsing the global economy and disrupting value chains.

Events have happened quickly, and the relentless progression of the Coronavirus pandemic has generated all kinds of reactions around the world. And it has affected heads of state, and societies in very different circumstances.

For starters, an unusual variable has been the origin and transit of the disease. It did not arise in underdeveloped countries or unsanitary conditions. Nor did it start in countries with weak governments or in a state of war.

From the outbreak in China, its passage through Asia and Europe, to its arrival to the American continent, the countries most affected have been those in the northern hemisphere, with the highest level of development and institutional strength.

This is a pandemic that is collapsing the world's economy, disrupting highly interdependent production and value chains. Sort of like the curse of the globalized world. Herein, it would seem that the nationalist response was the right one. After all, the isolation and closure of borders continues to be the most commonly supported decision in the fight to mitigate the pace of virus transmission.

However, the lessons of this pandemic will have to be thoroughly analyzed before blaming globalization. In an interesting article this week, historian and writer Noah Harari addressed this subject.

The quick conclusion of attributing responsibility for COVID-19 to the interconnected world clashes with historical evidence. Epidemics are part of human history. In the Middle Ages, the black plague spread from Asia to Europe without the need for airplanes or transatlantic travel, killing 200 million people. The same happened with smallpox in the 16th century and, more recently, with the Spanish Influenza, which killed a quarter of the world population in 1918.

For Harari, two historical lessons apply to the Coronavirus pandemic.

The first is that we cannot permanently protect ourselves by closing borders. This is an effective mitigation resource, but not a guarantee of future containment.

The second is that long-term protection depends on global collaboration and solidarity; to share reliable information and research that help other countries face contingencies and prevent future outbreaks. International cooperation is even needed to achieve efficient isolation. Even the closing of borders requires agreements between the countries involved.

Humankind cannot escape epidemics. But with the development of communications and information, we are better prepared as a species to face them. As Harari says, the most important lesson is that the spread of an epidemic in any country puts the rest of humanity at risk. And global problems require global solutions.

This article was originally published in Spanish on El Heraldo de México.