CWIHP Director Christian Ostermann spoke at the July 2006 Sighet Summer School in Sighet, Romania, hosted by the Memorialul Victimelor Comunismului si al Rezistentei Sighet and the Fundatia Academia Civica in Bucharest with about 100 students in attendance. Ostermann also participated in the opening of a new Cold War exhibit at the Sighet Memorial (produced in cooperation with the CWIHP) and a scholarly colloquium on the transmission of memory in post-communist Europe.

The visit builds on several years of cooperation between the Memorial and the Civic Academy and CWIHP's Romania Initiative (coordinated by Project Associate Mircea Munteanu). Romulus Rusan, research director of the Foundation and the International Center for the Study of Communism in Bucharest (who, together with poet and dissident Ana Blandiana co-founded the Sighet Memorial at the former Securittate prison) participated in CWIHP's September 2003 conference on "Commemorating the Cold War: Reassessing the Physical Legacy." 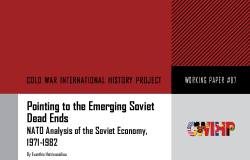 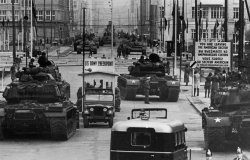