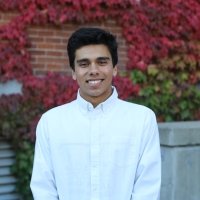 The Liberal Party of Canada won the country's 44th Federal Election with a minority of seats in Parliament and the second largest share of the popular vote. Canada Institute intern Dante Aralihalli examines Canada's first-past-the-post electoral system and explores the Liberals' former promise of electoral reform after the 2015 Election.

Canada held its 44th General Election on Monday and the results were much the same as the last election. The Liberal Party won a minority government, meaning they have the most seats in parliament, but not enough seats to pass legislation without the support of another party. For the second election in a row, the Liberal Party has won the most seats despite losing the popular vote to the Conservative Party. Many Americans might wonder how the Liberals can form the government after finishing in second place in the popular vote with only a 32% share of the electorate. Regionalism plays a role, with Conservatives heavily dominating many Western Canadian ridings, giving them huge popular vote margins in safe Conservative seats but spreading the rest of their vote share thin across ridings outside of Western Canada that they would need to win in order to form government. However, at the heart of the problem in electing a parliament truly representative of the will of the voters, is the electoral system in which Canadians use to elect their members of Parliament.

Canada has a first-past-the-post (FPTP) electoral system; put simply, the candidate with the most votes wins. FPTP, first adopted from the British parliamentary system, has been used in every Canadian federal election since Confederation in 1867. The United States also uses a FPTP electoral system, but with only two major candidates in a general election, candidates routinely win with a majority of the vote. With three, four, or even five candidates in Canadian ridings, candidates are able to win these ridings with well under a majority of the vote. Historically, FPTP has enabled the Bloc Quebeçois, a separatist party that only runs candidates in Quebec, to win about the same number of ridings as the New Democratic Party (NDP), despite receiving half their national vote share.  When Canadians are deciding how they should vote, the question is more complex than simply who should represent them in Parliament. Furthermore, the existence of two strong parties left of center means Conservatives often win ridings where, given a binary choice between a left-leaning and right-leaning candidate, the left-leaning candidate would win. This reality leads many left-leaning Canadians to adopt a mentality to “vote ABC (anything but conservative)”, strategically voting for either the Liberal or NDP (usually Liberal) candidate that has the best chance to beat the Conservative Party candidate. Monday’s election, however, showed that right-leaning votes can get split too. For the first time since the formation of the modern-day Conservative Party, the People’s Party of Canada played spoiler for Conservative Candidates in two Edmonton ridings and at least three ridings in Southern Ontario.

In 2015, one of those Canadians was Liberal leader Justin Trudeau. He promised that, if elected Prime Minister, the 2015 Canadian federal election would be the last election conducted using a FPTP electoral system and floated a single-transferrable vote as a possible alternative, or a system that would combine multiple ridings together which then allows voters to choose multiple members of parliament to represent them, matching the proportion of the vote for each party. The Liberal Party went on to win a majority government in 2015 and two years later Prime Minister Trudeau abandoned his promise of electoral reform. Today, the prospect of electoral reform is at a standstill. The NDP has consistently called for proportional representation, which would ensure the composition of parliament matches each party’s share of the national popular vote, but it appears unlikely any of the other parties are on board with that idea. The Liberal Party has again floated the possibility of electoral reform in the run-up to this election but they are unlikely to take up the issue, especially given the lack of consensus on a replacement system.

For the foreseeable future, Canadian democracy remains as is: fundamentally flawed and yearning for change.