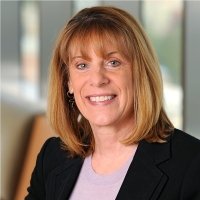 The April 10 “recall” referendum will give voters the opportunity to either confirm or reject Andres Manuel Lopez Obrador (AMLO) as the President of Mexico. A convincing victory based on a large turnout is essential for the President’s political plans for Mexico, while the referendum itself will be exploited by AMLO and his Morena party accolades to discredit the National Electoral Institute (INE). Both objectives reflect AMLO’s laser-like focus on reinforcing Morena’s electoral dominance – in gubernatorial elections this year and next and especially in the 2024 Presidential contest – regardless of the impact this might have on democracy in Mexico.

A large AMLO victory would reaffirm popular support for his Fourth Transformation suite of policies and for him personally, and could be used to perpetuate AMLO’s political dominance of the Morena party and thus the selection of its 2024 presidential candidate. It would also give AMLO ammunition to convince wavering opposition politicians that Morena will dominate Mexico’s political future and they should switch their allegiance before it is too late.

Evidence of the political importance of this vote is everywhere. It extends well beyond AMLO’s persistent populist rhetoric designed to blame “conservatives” for everything that has gone wrong in Mexico, including a weak economy and persistently high rates of violence and crime, allegations of wrong-doing by his son and close political collaborators, and even the recent European Union statement expressing concern about Mexico’s sky-high murder rate for journalists.

Beyond rhetoric, AMLO’s get-out-the-vote campaign included his recent announcement of a 35% increase in the bi-monthly payment to senior citizens and his promise to resign if he were to lose the April 10 vote, even if the total participation should be less than the 40% of registered voters required for the result to be binding. Morena has also employed the traditional political tactic of dispensing food and other essentials to voters while reminding them to vote for AMLO in the recall.

To get around the constitutional prohibition on recall campaigning by “public officials,” eleven Morena deputies in the Mexico City legislature resigned their positions to campaign for AMLO, showing that the recall results are more important than actually governing. Morena also created a “Network of People’s Communicators” to promote the vote as “citizens.”

Both AMLO and Morena have also flouted this constitutional prohibition. AMLO has continued to announce the successes of his Administration in his morning news conference and on social media, and he traveled to the outskirts of Mexico City to personally inaugurate one of his signature infrastructure projects, the new Felipe Angeles airport. Even more striking was the appearance of massive billboards throughout Mexico City calling on AMLO supporters to vote on April 10. It remains unclear who financed these advertisements, but it was not the INE.

The INE responded by demanding that the Mexico City billboards be taken down, and immediately dismissed Morena’s legislative maneuver as unconstitutional, a decision that was formally affirmed by the Federal Electoral Tribunal (TFPJE). Nevertheless, the billboards remained, and Mexico City Mayor and AMLO loyalist Claudia Sheinbaum declared, “we can now talk,” doing so along with most of her Morena colleagues.

This flouting of INE rules has been accompanied with sharp criticism of INE itself, reflecting the second objective of the recall election – to discredit the INE to reduce popular support for this central institutional pillar of Mexican democracy. This aim is essential to undermining the INE’s capacity to hinder AMLO’s goal of ensuring that Morena and the Fourth Transformation dominate politics in Mexico for decades to come, apparently even if voters oppose the project at the polls.

Leaders of Morena have accused the INE of “sabotaging” the election by failing to promote the referendum sufficiently, planning to install an inadequate number of voting booths, and enforcing the constitutional prohibition on AMLO and other government officials who promote AMLO’s accomplishments and encourage voters to go to the polls. And they have called for the resignation or impeachment of Lorenzo Cordova, the President of the Institute, and another member of the INE board for their supposed transgressions against democracy.

Cordova did not pull any punches in his reply. He clearly stated the challenge to democracy these actions are creating: “Those who violate the rule are not only cheating. They are also eroding the bases of democratic coexistence”, putting democracy at risk. AMLO shot back alleging the INE is led by “reactionaries” who are doing the bidding of “conservatives” dedicated to blocking the Fourth Transformation of Mexico.

These events surrounding the recall election indicate that AMLO is unlikely to allow legal or constitutional requirements designed to protect democratic practices to get in the way of ensuring Morena’s political dominance to secure the long-term survival of the Fourth Transformation in Mexico.

Dr. Pamela K. Starr is a a professor of the practice in the Department of Political Science and International Relations and in Public Diplomacy, a university fellow at the USC Center on Public Diplomacy, and the director of the U.S.-Mexico Network. She has ample experience as a consultant and as a professor of Mexican politics, both in Mexico and in the United States. 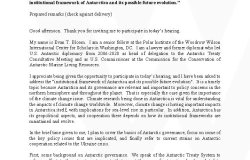