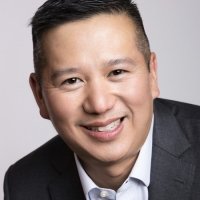 Faced with an adversary in China and an indifferent ally in the United States, the Canadian government and the private sector face a difficult decision: Do they wish to continue to trade and expand relations with China? If not, is reversing direction on the relationship even possible?

Originally published in iPolitics on April 4, 2019.

Canada is in an impossible position with its two largest trading partners, the United States and China, and Ottawa’s ability to impact either relationship is severely limited.

Since December, two Canadians, businessman Michael Spavor and former diplomat Michael Kovrig, have been in solitary confinement in China — Beijing’s response to the arrest of Meng Wanzhou, chief financial officer of Huawei, the largest telecom-manufacturer in the world. Ms. Meng is currently out on bail. Neither Canadian has been charged. Many believe their fates hinge on what happens to Ms. Meng.

Meanwhile, Beijing has warned Ottawa of the potential consequences of banning Huawei from participating in the development of Canada’s 5G telecommunications network. The United States, Australia and New Zealand already have blocked Huawei from supplying technology for their 5G infrastructure citing the threat of Chinese espionage. The European Union has not introduced a complete ban but it gives member countries the ability to impose a ban on the basis of national security.

The Canadian government has scant leverage to produce a mutually acceptable outcome in any of these cases. Would it help to send a Canadian delegation to China to argue Canadian canola does not pose a consumer health threat? Likely not. Could Ottawa intervene with the judiciary to free Ms. Meng? Also, likely not. Will it allow Huawei to contribute to building Canada’s 5G network? Again, likely not, especially considering the ban by the U.S., Canada’s closest ally.

Canada’s diplomatic interactions with China over the past year have been inconsistent and clumsy. Last fall, Ottawa lectured China on human rights at the same time as it was attempting to negotiate a trade deal. After Ms. Meng was arrested, Canada insisted that her case was strictly a judicial matter, but then Ambassador John McCallum opined that she had a “strong case.” (He was quickly fired.)

To be sure, China’s aggressive behaviour towards Canada is not unprecedented. Other middle powers such as Sweden and Norway have endured threats and economic sanctions from China. Historically, Ottawa has relied on the United States for reinforcement on trade and security matters. But ties have been strained under President Donald Trump, who tweeted after a G7 meeting that Prime Minister Justin Trudeau was “very dishonest and weak.”

Throughout the USMCA trade negotiations, Trump insisted that Canada was ripping off the United States, capping off this campaign with punitive tariffs on Canadian steel and aluminum. Now, Canadian approval of USMCA is in jeopardy if these tariffs are not lifted. With the U.S. focusing on other bilateral relationships — from Mexico to North Korea — relations with the neighbour to the north are unlikely to be a high priority. Moreover, while the U.S. is in the midst of trade talks with China, the U.S. is unlikely to advance Canada’s interests vis-a-vis China in any way that would jeopardize these sensitive negotiations.

For similar reasons, China has been restrained in its dealings with Washington. Beijing respects American power and influence and, as such, it has avoided criticizing the U.S. over Ms. Meng’s extradition request, instead focusing its anger on Canada for detaining her.

Faced with an adversary in China and an indifferent ally in the United States, the Canadian government and the private sector face a difficult decision: Do they wish to continue to trade and expand relations with China? If not, is reversing direction on the relationship even possible?

Diplomatic options appear nonexistent. A move to diversify trade away from China will hurt Canadian businesses but have little impact in Beijing. And even if trade diversification were feasible, it would take years to shift. Through no fault of their own, Canadian diplomats will continue to be largely ineffective as long as Canadian interests are peripheral to the larger drama going on between the United States and China.

Paul M. Yeung is a Global Fellow at the Canada Institute at the Wilson Center.  He is also a  graduate of the Johns Hopkins University School of Advanced International Studies (SAIS), and a public affairs consultant based in Toronto.