Forced African Migration to the U.S. Through the Lens of Memory Studies

Against the backdrop of the 400th anniversary of forced African migration in the United States, in this edition of Wilson Center NOW we speak with Arnaud Kurze, Wilson Center Global Fellow, and Vjeran Pavlakovic, a former Wilson Center Fellow, who reflect on U.S. memory politics and the responsibility to reckon with one of the country’s dark chapters in history. Given their expertise in memory studies and transitional justice, a field that addresses post-conflict and post-authoritarian accountability and reconciliation issues, they provide a comparative perspective by drawing parallels between different global case studies, notably the Balkans and the Middle East and North Africa regions. 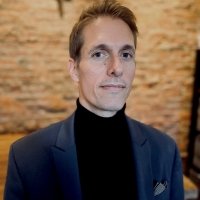