Skip to main content
Support
Show
Live Now
Postponed in Observation of Juneteenth | Disease-Related Stigmas, Their Origins, Their Persistence, and Have We Learned Anything to Stop Them? A Comparative Look at HIV/AIDS and COVID-19
Explore More
Close
Blog post
Science and Technology
Science beyond Putin
By Judy L. Twigg on June 17, 2021
Share on FacebookShare on TwitterShare via Email
SharePrint
Article

The Great Opportunity for the Economic Reactivation of Mexico

Mexico, like other countries, is experiencing an unprecedented public health crisis and an extremely difficult economic outlook. In the face of the epidemic, economic activities were limited to those of an essential nature, in order to flatten the Covid-19 contagion curve and avoid the collapse of our health system. The results of this strategy have been positive in other countries, and in some outstanding cases such as South Korea, they have successfully controlled the epidemic. However, the economic and social cost of these measures has been enormous, and it has become essential to think clearly about how to achieve reactivation and economic growth.

But it is not all bad news. Mexico is in a privileged situation to activate one of its main engines of economic growth in a situation that we can take advantage of if we properly guide our public policies and the activity of our business sector. That powerful engine is the external sector, and, in particular, trade in goods and services with the rest of North America.

The fortunate situation we face has three main components. The first is the growing geopolitical confrontation between the United States and China. It is clear that what started a few years ago as diplomatic friction and commercial disagreements has turned into a frontal fight that has resulted in the disarticulation of the symbiotic relationship that they had developed over the years. As a result, the United States and its allies are actively seeking where to relocate their production centers, and Mexico is probably the best option. The second element is the recent ratification of the USMCA. After an arduous and sometimes volatile negotiation, we have the entry into force of the main trade agreement negotiated during the Trump administration and one that represents for him an important political success. It should be noted that, in 2019, Mexico became the main trading partner of the United States, ranking above Canada and China. Our exports to the north were the most dynamic component of aggregate demand and a very important driver of employment. Few countries can boast of having such an instrument and a commercial relationship with this dynamism. The third element is the significant depreciation of our exchange rate, a result of international uncertainty and the increased perception of risk in our economy, which generates an increase in the competitiveness of our exports. These three elements create unique conditions for Mexico to start this powerful economic engine and accelerate the path to the recovery of productive activity and employment.

The United States, our main commercial partner, will shortly be reactivating its production plants. Even if it is done gradually and selectively, factories, shops, and service providers will restart operations. To reinforce the recovery of our own economy and maintain the trust of those who have invested in Mexico, it is essential to achieve the greatest possible synchronization of our reopening process with that of our main trading partner. The decision of the President of the Republic to ensure that this synchronization happens in the automotive industry is the right one. The coordination actions that the Secretariats of Economy and Foreign Relations have undertaken with their U.S. counterparts are equally encouraging, but time is short and the margin of error is minimal. In the immediate term, three lines of work are necessary: ​​(1) to standardize, to the extent possible, the commercial and public health processes and criteria that help both countries protect our production chains, including the definition of essential activities; (2) strengthen coordination with state and municipal authorities; and (3) ensure that customs clearance and health verification activities at the border do not become an obstacle to our trade.

Mexico must think strategically beyond the emergency and not lose sight of the opportunity to position itself as a key actor in the world trade scenario. In the past, we have focused on the volume of goods and services that we exchange with the United States, but now there is an opportunity to go further by producing and innovating together and to compete with the rest of the world.

The coronavirus pandemic involves challenges and complications for our relationship with the United States, but it has also increased the geostrategic value of our country. It is time to act and take advantage of the great opportunity before us. The government, private sector, and society must align efforts and move with agility. It is time to be bold.

This article was originally published in Spanish in El Universal. 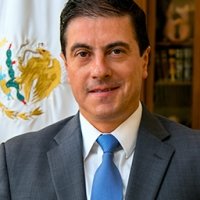 Former Mexican Ambassador to the U.S.; Board Member, AEM-USA

Chairman of the Board, U.S.-Mexico Business Association (AEM-USA)