How Curbing Reliance on Fossil Fuels Will Change the World

The world’s reliance on fossil fuels for energy has had geopolitical implications of one sort or another since humans first started burning coal several thousand years ago. In modern times, major powers’ need for oil and gas to fuel their economies and armies contributed to the spread of colonialism in the 19th and early 20th centuries, Japan’s 1941 attack on Pearl Harbor, the 1967 and 1974 OPEC oil embargos (and subsequent global recessions), the 1990 Iraqi invasion of Kuwait, and the U.S. invasions of Iraq in 1991 and 2003, to name just a few of the major world developments that resulted at least in part from the world’s growing thirst for energy. Today, scholars and practitioners argue that the changes to the climate that result from this energy use is accelerating rising sea levels and the frequency and severity of droughts, fires, and mega storms—trends they predict could undermine governments, generate destabilizing refugee flows, and ultimately lead to tensions or even resource conflicts among states.

Less attention has been paid, however, to the potential geopolitical consequences of the opposite scenario—a decrease in reliance on fossil fuels. But that could prove shortsighted, because the policy changes required to avoid climate catastrophe—the elimination of oil, coal, and gas as primary energy sources and their replacement with renewables—could have as much an impact on geopolitics as the need for those sources had in the first place. The reduction in global energy use and emissions associated with the coronavirus pandemic may make this seem like a hypothetical or long-term problem, but rather than solving the climate crisis, the pandemic has actually underscored its depth. The fact that it took an almost unprecedented global economic shutdown to reduce emissions to levels barely consistent with the 2015 Paris climate commitments underscores the need for far more dramatic policy action than was previously underway.

If countries do reduce their reliance on fossil fuels, how could that transform the world? At least three likely trends are worth considering:

Political instability in oil-dependent states. The shift to a decarbonized world—in which global reliance on fossil fuels for energy production is dramatically reduced and virtually all remaining carbon dioxide emissions are captured, stored, utilized, or compensated—will have a major impact on the political systems of oil and gas producing states.  According to the International Energy Agency, those states could lose US$7 trillion in revenues by 2040. Countries that rely on oil revenues for large shares of government revenue include Libya (96%), Iraq (89%), Kuwait (70%), Nigeria (58%), Saudi Arabia (61%), Venezuela (50%), Russia (40%), UAE (46%), and Iran (29%). Declining oil revenues will oblige these countries to cut subsidies (including for utilities such as electricity and water), raise taxes, and in many cases diminish their reliance on expatriate workers, forcing citizens to take menial jobs they are not used to doing. The world’s leading oil exporter, Saudi Arabia, is particularly vulnerable: a booming youth population and the need to create millions of jobs will require deficit spending of up to US$100 billion per year, eroding reserves that could be exhausted within just a few years. Russia, too, would lose considerable income in a decarbonized world, which could lead its government to become even more repressive to hold its grip on power. The potential upside of such changes is that these states will be compelled to reform their economies and invest in education, industry, human capital, and other non-energy sectors, as Riyadh is seeking to do in its Vision 2030 plan. But such transitions are difficult and disruptive, and could also be a source of domestic instability, as citizens used to an implicit social contract with their government—security and prosperity in exchange for loyalty—find governments unable to uphold their end of the bargain.

U.S. disengagement from the Middle East.  Declining U.S.—and global—dependence on oil from the Middle East will likely accelerate U.S. disengagement from the region. After the failure of President George W. Bush’s efforts to “transform” the Middle East in part through the invasion of Iraq, President Barack Obama sought gradually to “pivot” away from the region, in part due to the diminishing U.S. need for energy imports from the region. President Donald Trump has taken that view to an extreme, boasting about American energy “independence” and claiming previous presidents had wasted US$7 trillion trying to stabilize a region allegedly no longer a vital interest of the United States. A growing number of Americans agree with former top official Martin Indyk, who recently asserted in the Wall Street Journal that the Middle East just “isn’t worth it anymore,” in large part because “the United States no longer relies on imported petroleum.” The strategic importance of American energy “independence,” of course, can be exaggerated, because even if the United States doesn’t import oil directly from the Persian Gulf, it has a stake in the free flow of oil from the region so long as other countries—including many close U.S. partners and allies—do. And the United States will continue to have other national interests in the region, including containing Iran, supporting Israel, counter-terrorism and nonproliferation. Still, the perception that securing imports from the region might no longer be worth American blood and treasure makes future U.S. engagement in the region less likely, increasing the prospects of a security vacuum, conflict among states, and competition among outside actors such as Russia, China, and Turkey.

A U.S.-China “Cold War.” Decarbonization will require significant and binding emissions reductions by all major industrial powers, in particular by the two largest emitters, the United States and China. But getting such an agreement will be exceedingly difficult, as China argues that developed countries (such as the United States) who have contributed the most to the current problem should bear a disproportionate share of that burden, while the United States wants China to play a role commensurate with its current contribution to emissions. With the two countries already at loggerheads over trade, Taiwan, the South China Sea, intellectual property, human rights, responsibility for the COVID-19 crisis and much more, disputes over climate could poison this critical relationship further, especially as the costs and consequences of climate change become increasingly apparent in both countries. Imagine the debates that will result if large numbers of deaths are caused by climate developments in either country that its citizens’ attribute to irresponsible policies pursued by the other. U.S.-China disputes over climate burden-sharing could contribute to a new Cold War that will affect all aspects of international relations in the decades to come.

It is easy to imagine plenty of other geopolitical developments beyond the three listed above, from strains in the transatlantic relationship to global competition for clean-energy jobs. What is certain, however, is that decarbonization—whenever it happens—will have a profound impact on world politics, in predictable and unpredictable ways. To adapt, governments around the world will have to take into account the geopolitical consequences of their climate policies. This will mean incorporating geopolitical impact assessments into intelligence assessments, bureaucratic adjustments that elevate climate change to the same level as more traditional national security concerns, and developing diplomatic approaches designed to mitigate the negative impact of decarbonization on other states and the relations between them. The world’s gradual addiction to fossil fuels transformed international relations over the past century and more. Leaders in all countries must start thinking now about the political consequences of withdrawing from that addiction. 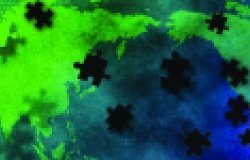 Article
Climate
Governance is Essential to Manage the Risks of Solar Radiation Modification
By Cynthia Scharf on September 30, 2020 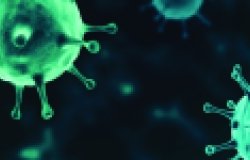 Article
Climate
Building Back a Better EU Foreign Policy: Climate and Security after COVID-19
By Wolfgang Ischinger on September 30, 2020 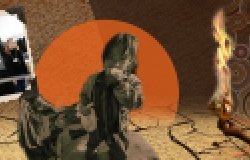 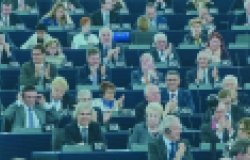 Article
Climate
To Build Back Better, We Must Cooperate on Climate Change
By Helga Maria Schmid on September 30, 2020 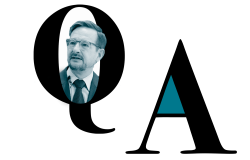 Article
Climate
The Role of Multilateralism and Multi-level Governance: An Interview with OSCE Secretary General Thomas Greminger
By Ambassador Thomas Greminger on September 30, 2020 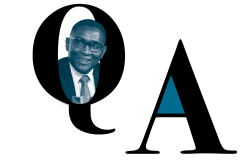 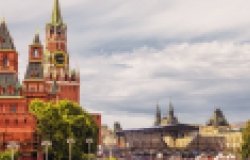 Article
Climate
The Geopolitics of Decarbonization: The Russian Case
By Tatiana Mitrova on September 30, 2020 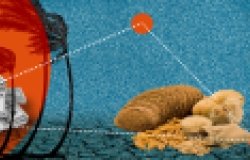