In stark contrast to the euphoria after elections two years ago, Islamist political parties across the Middle East now face escalating challenges to their rule. The main drama is playing out in Egypt between the army and the Muslim Brotherhood. But Islamist parties in Tunisia, Libya are also under pressure from emboldened opposition movements.

In stark contrast to the euphoria after elections two years ago, Islamist political parties across the Middle East now face escalating challenges to their rule. The main drama is playing out in Egypt between the army and the Muslim Brotherhood. But Islamist parties in Tunisia, Libya, Morocco and Gaza are also under pressure from emboldened opposition movements. The question across North Africa particularly is whether political Islam is ebbing.

MORSI SUPPORTERS KILLED: Millions took to the streets on July 26 after army chief Abdel Fattah el Sisi called on Egyptians to give him a mandate to do what is “necessary” to deal with “terrorism.” At least 74 pro-Morsi protestors reportedly died in clashes between security forces and Muslim Brotherhood supporters the following day. Police reportedly used live ammunition and were accompanied by armed men in civilian clothing. “They are not shooting to wound, they are shooting to kill,” Muslim Brotherhood spokesman Gehad el Haddad told the press.

MORSI ACCUSED: On July 26, a court reportedly charged former President Mohammed Morsi with espionage and unspecified “aggressive acts in the country,” including links to attacks on police and their security force facilities. The Egyptian press reported that the court ordered Morsi’s detention for 15 days pending an investigation.  “The accusations read as if they’re a retaliation from the old regime, signaling ‘We’re back in full force,” el Haddad told AFP. Morsi’s detention period was extended for 30 days on August 15.

CRACKDOWN ON SIT-INS: Riot police used bulldozers to clear two pro-Morsi camps in Cairo, sparking clashes that reportedly left at least 638 dead on August 14. Interim President Adly Mansour declared a month-long state of emergency and imposed a 7 P.M.-to 6 A.M. curfew on Cairo, Alexandria and 12 other provinces. Vice President Mohamed ElBaradei resigned in protest of the crackdown on Morsi’s supporters and warned that extremist groups would benefit from the killings.  “It has become hard for me to keep bearing responsibility for decisions that I did not approve of and warned against their consequences,” ElBaradei's wrote in his resignation letter. “I cannot be responsible before God for a single drop of blood.”

‘DAY OF ANGER’ CLASHES: The Brotherhood called for a “march of anger” on August 16 to protest the military coup and crackdowns on sit-ins. “Despite the pain and sorrow over the loss of our martyrs, the latest coup makers' crime has increased our determination to end them,” read a Brotherhood statement. Hundreds of Morsi supporters gathered at a mosque in Cairo’s Ramses square after Friday prayers. They clashed with security forces and armed local residents in violent street battles, leaving at least 173 dead — including eight police officers. More than 1,300 were reportedly injured.

RAID ON MOSQUE: Hundreds of protestors barricaded themselves inside al Fath mosque near Cairo’s Ramses Square after the August 16 clashes. Security forces cleared people out of the mosque the following day after gunmen shot down at them from a minaret.

NEW CHARGES AGAINSTMORSI: Egypt’s public prosecutor opened a new case against Morsi for allegedly participating in “violent acts.” On August 19, the court ordered that Morsi be detained for 15 days pending an investigation. The charges were related to clashes between Morsi supporters and opponents outside the presidential palace in December 2012.

BROTHERHOOD SPIRITUAL LEADER ARRESTED: Egypt state media announced on August 20 that Brotherhood spiritual guide Mohamed Badie had been arrested. He was accused of inciting violence. The trial of Badie and two of his deputies opened on August 25 but was adjourned until October 29 for security reasons. Defense lawyer Mohamed Gharib told journalists after the court hearing that “justice has been turned upside down.” The “leaders of the bloody military coup want to get rid of their political foes,” he argued.

PROTESTS AGAINST ISLAMISTS: Following the assassination of opposition leader Mohamed Brahmi, thousands of Tunisians demonstrated against the Islamist-led government on July 26. Protesters from diverse secular parties shouted "Down with the rule of the Muslim Brotherhood," referring to Ennahda, the Islamist ruling party in Tunisia. The protests force the closure of banks and stores, while all flights from the capital were canceled.
The killing of Brahmi was aimed at “halting Tunisia’s democratic process and killing the only successful model in the region, especially after the violence in Egypt, Syria and Libya,” Ennahda party leader Rachid Ghannouhchi told Reuters. “Tunisia will not follow the Egyptian scenario. We will hold on.”

GOVERNMENT BLAMES SALAFIS FOR ASSASSINATION: Interior Minister Lotfi Ben Jeddou told journalists that the chief suspect was a Salafi extremist. “The first elements of the investigation show the implication of Boubaker Hakim… The suspects are radical extremists, and some of them belong to Ansar al Sharia,” he said on July 27.

MORE PROTESTS AGAINST ISLAMISTS: Tens of thousands of people took to the streets of Tunis on August 7 to demand the Islamist-led government’s resignation. The protest also marked the six-month anniversary of the assassination of prominent leftist politician Chokri Belaid. Demonstrators reportedly chanted, “The people want the regime to fall” and “The government will end today.”
Ennahda party leader Sheikh Rachid al Ghannouchi told French daily La Presse that the government would not give into the “excessive demands” of the opposition. “Unfortunately every time a tragedy hits us, we immediately call for the dissolution of the government and parliament,” said Ghannouchi.
Umbrella opposition group the National Salvation Front (NSF) launched a week-long campaign on August 24 to push the government to resign. About 10,000 protestors attended the opening rally, according to police estimates.

ISLAMISTS AGREE TO TECHNOCRAT GOVERNMENT: On August 26, senior Ennahda official Ameur Larayedh told a local radio station that “a government of independents could be formed” after Tunisians reach an agreement on “the constitution, the electoral law, the body charged with overseeing elections and the three dates of the presidential… and legislative elections.”

ISLAMIST OFFICES BURNED: Following the assassination of prominent political activist Abdulsalam Elmessmary on July 26, hundreds of Benghazi residents protested in the streets. Elmessmary had openly criticized Islamists and militias. So many his supporters blamed the Muslim Brotherhood and its political wing, the Justice and Construction Party (JCP), for the assassination. They reportedly set two Brotherhood offices on fire. 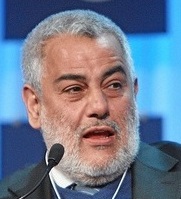 KEY PARTY QUITS ISLAMIST-LED GOVERNMENT: Istiqlal, a conservative secular party, pulled out the Islamist-led government on July 9. Party leader Hamid Chabat said that he wanted to see “the end of [Prime Minister Abdelilah] Benkirane (left), as was the case for his brother Morsi,” according to the Associated Press. Istiqlal was the second-largest party in parliament after the Islamist Justice and Development Party (PJD).
The PJD then entered talks to form a new governing coalition. King Mohammed VI approved the resignations of Istiqlal’s ministers, but urged them to manage their affairs until replacements could be found. 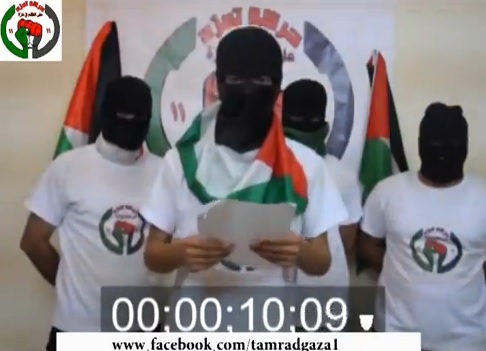 TAMAROD MOVEMENT CALLS FOR PROTESTS: The Tamarod (Rebel) movement in Gaza called for mass protests to be held on November 11, 2013 — the ninth anniversary of Yasser Arafat’s death— to overthrow Hamas. Four Tamarod members wearing black masks issued a  six-minute video statement. One member called Hamas a “gang” and accused it of corruption and oppressing Gazans in the name of religion. On August 21, Hamas reportedly arrested four young men who allegedly produced the video. One of the movement’s founders told The Los Angeles Times that the group had collected signatures from some 32,000 supporters.
Hamas official Yahya Mousa told Lebanese paper el Nashra that Tamarod had centers in the West Bank and Gaza and that Egyptian security forces had trained its members. “There is a big difference in reality between Egypt and Gaza. Those traitors don't have any place among the Palestinian people who protect the political system and resistance,” Mousa said. “These groups want to sink the nation in blood to keep Israel as the only power and controller in the area.”