Skip to main content
Support
Show
Streaming
Two Presidents, One Agenda: A Blueprint for South Korea and the United States to Address the Challenges of the 2020s and Beyond
Explore More
Close
Publication
NAFTA/USMCA
New Trade Policy Objectives: The EU’s FTA Goals with the U.S., Mexico, and Canada
Share on FacebookShare on TwitterShare via Email
SharePrint
Part of the Black History Month
Article

In honor of Black History Month 2020, the Kennan Institute compiled a list of books by notable authors that provide readers with a deeper understanding of the history and experiences of African Americans, Africans, and black people more broadly within the context of imperial Russian, Soviet, and post-Soviet history, as well as U.S. interactions with Russia and the wider region.

Russia and the Negro: Blacks in Russian History and Thought, by Allison Blakely

In this seminal publication, Professor Allison Blakely examines the lives and perceptions of the black diaspora from the 17th to the 20th century, demonstrating how Russian conceptions of blackness diverged from those in the United States.

Soul to Soul: The Story of A Black Russian American Family 1865-1992, by Yelena Khanga, with Susan Jacoby

In this four-generation family memoir, author and journalist Yelena Khanga describes what it was like to grow up black in pre-glasnost Russia and embarks on a journey to connect with her American and African roots.

South African novelist and anti-apartheid activist Alex La Guma’s A Soviet Journey is one of the longest accounts of the Soviet Union by an African writer. The book is a memoir of his travels to the Soviet Union beginning in the late 1960s in his capacity as a representative for the African National Congress and the South African Communist Party.

Focusing on art and literature from the early Soviet period, Associate Professor Steven S. Lee from UC Berkeley sheds light on the mutually transformative interactions between the Soviet Union and racial and ethnic minorities in the United States in his book The Ethnic Avant-Garde.

“Notes on a Trip to Russia” in Sister Outsider: Essays and Speeches, by Audre Lorde

In 1976, the Union of Soviet Writers invited feminist writer Audre Lorde to Moscow to participate in an ‘African-Asian Conference.’ In this short but richly detailed essay in Sister Outsider: Essays and Speeches, Lorde recalls her experiences as a black woman in Soviet Russia and Uzbekistan.

In this highly informative and comprehensive book, author and Kennan Institute alum Maxim Matusevich tells the long history of Africa-Russia relations that dates back at least three centuries. The book brings together essays on historiography, international relations, and diaspora studies on the topic from a team of leading Russian, African, and Western scholars.

Black on Red: My 44 Years Inside the Soviet Union, by Robert Robinson, with Jonathan Slevin

Jamaica-born Robert Robinson was a Ford Motors toolmaker recruited to work in the Soviet Union in the mid-1930s. In Black on Red, he charts his forty-four years of life behind the iron curtain, highlighting his ambivalent experiences as a black man in the USSR.

The Soviet Union in the Horn of Africa during the Cold War, by Radoslav Yordanov

The Soviet Union perceived the countries of Africa, Asia, and Latin America as the future reserves of socialism, holding the key to the ultimate victory over the forces of the “imperialist West.” Wilson Center History and Public Policy Program alum Radoslav Yordanov looks at the complex impact of the Soviet presence in East Africa in his book The Soviet Union in the Horn of Africa during the Cold War. 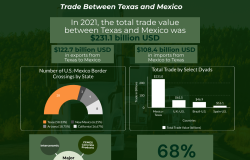 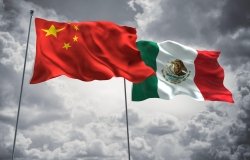 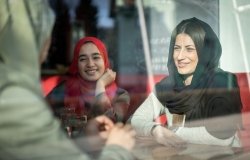 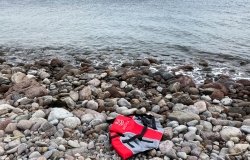