In 2013, Japanese Emperor Akihito made a historic visit to India. Former Public Policy Scholar K.V. Kesavan writes for the Observer Research Foundation discussing the visit and the relationship between the two countries.

In late 2013, Japanese Emporer Akihito and Empress Michiko visited India, a return visit after they toured the country in 1960 after their marriage. In an analysis for the Observer Research Foundation, former public policy scholar K.V. Kesavan looks at both Imperial visits to India, and discusses their context within the bilateral relations between India and Japan.

The imperial couple's visit came at a time when the bilateral partnership is stable and multifaceted. For a long time. Indo-Japanese relations were narrowly focussed only on economic matters like trade, investment and economic assistance. But today the partnership has diversified to encompass a wide spectrum of subjects like counter terrorism, maritime security, energy cooperation, UN reforms, regional integration and climate change. Both countries share common concerns on regional security and regional cooperation.

Read Kesavan's discussion of the Japanese imperial visit to India at the Observer Research Foundation website. 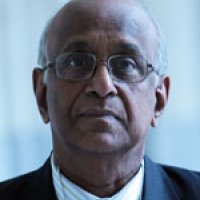 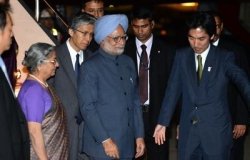 Article
Economics and Globalization
Moving towards a stronger India–Japan partnership at the Tokyo summit
By KV Kesavan on June 28, 2013

Event
Economics and Globalization
Perfect Triangle? The Converging Interests of India, Japan, and the United States
On June 25, 2013 at 4:00 – 5:15