Skip to main content
Support
Show
Live Now
What's Critical? Evolving the Security Playbook for Managing Ones, Zeroes, and Everything in Between
Show
Live Now
Island Stories: An Unconventional History of Britain
Explore More
Close
Blog post
Democracy
So Let it be Written, So Let it be Done
By Sara Torres on July 24, 2020
Share on FacebookShare on TwitterShare via Email
SharePrint
Article

MENDOZA, ARGENTINA – Not for the first time in recent months, the wine producing province of Mendoza has launched a public policy experiment that is galvanizing strong support and fierce criticism in almost equal measure.

Earlier, the provincial authorities drew attention for their budget discipline – a rarity in free-spending Argentina – and for their warm welcome to Uber, which has been locked in a barefisted legal battle in Buenos Aires for two years.

Mendoza’s latest reform is the recently-passed Codigo de Faltas, or Code of Infractions, that seeks to improve the quality of life by sanctioning everything from demonstrating illegally to dumping rubbish on the street.

The restrictions seem sensible, but the targeted conduct, such as spontaneous demonstrations, is commonplace in Argentina’s large cities.

For example, in Buenos Aires, it is often hard to navigate sidewalks and streets because of protests and pickets.

In certain locations, the demonstrations are not only inconvenient, but dangerous. Recent protests at the national Congress in Buenos Aires have involved weapons that destroyed monuments, injured police and disrupted legislative activity.

“Imagine a country where you didn’t have protests every day, and threats, and pickets, or men charging you to look after your car when you park on a regular street,” TV star Jorge Lanata said recently of Mendoza’s reforms. “Is this Switzerland or Mendoza?”

To Mendoza’s governor, Alfredo Cornejo, the initiative reflects a clear belief that President Mauricio Macri is not the only Argentine political leader willing to challenge Argentina’s political culture.

Moreover, to Cornejo, the restrictions in the Codigo de Faltas represent common sense. As an example, he points to trapitos, the ubiquitous ragmen who shake down drivers supposedly to protect their parked cars. “Why should any of us have to pay someone, with no authority, to look after our car on a public street?” Cornejo asked in an interview.

Mendoza’s crackdown on minor infractions is reminiscent of the broken windows theory embraced in the 1990s by New York City Mayor Rudy Giuliani, who famously sought to rid the streets of aggressive windshield washers known as squeegee men.

However, in Argentina, a country with a long memory of dictatorship, Cornejo’s reforms have triggered denunciations from human rights advocates. Critics, culturally averse to heavyhanded policing, have accused the governor of stifling dissent.

“You talk to people’s sense of peligro, danger, and then you introduce persecution, such as criminalizing public protest,” former Mendoza Senator Noelia Barbeito said.

Others have raised fears that the governor’s quest for decorum could criminalize trivial confrontations. A day after the law was approved, a Mendoza schoolteacher complained about an impolite parent, insisting that the parent’s criticisms had violated Article 47 of the new law. The alleged violation carries a potential fine of $700 dollars or 15 days in jail.

“Much as we want our people safe, this is dictatorship in many ways,” one union official in Mendoza said. “You threaten someone with jail, for a minor offence, to keep them silent.”

Cornejo, however, says he is committed to striking a balance between civil liberties and public order. As an example, he points to the province’s success regulating demonstrations, which previously occurred without permits, as is common in Buenos Aires.

“We believe in the right to demonstrate, absolutely,” one of Cornejo’s top advisers told me. “But that right is best preserved with consideration to the lives of people who want to go to work, who need to get to a hospital, or a school, or an office. We in government respect the right to protest. The demonstrators must respect the rights of others to live normal lives.”

David Smith, a former foreign correspondent and UN diplomat, is a special contributor to the Latin American Program’s Argentina Project at the Woodrow Wilson International Center for Scholars. 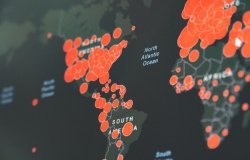