Migrating to Adapt to Climate Change, Tunisians Lose Their Way of Life 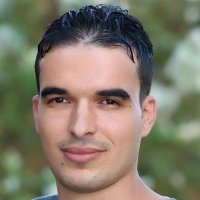 “After a series of poor harvests, limited rainfall, and an increase in the price of fertilizer, farm work has become unprofitable,” said Lazher, a fellah (agricultural laborer) from Tataouine in the rural south east of Tunisia. The 45-year-old had worked the land for half his life, even dropping out of school early to support his young family. However, when I met Lazher in December 2021, he was making the final arrangements to migrate to Tunisia’s capital, Tunis, in search of better job opportunities. Now, with diminishing local opportunities for agricultural work and few local companies that might hire unemployed laborers, Lazher secured work in one of Tunis’s many dried fruit shops called hamas.

Lazher’s story is not exceptional. Migration from the country side to the city has become a trend in Tunisia. This is especially the case in regions like southern Tunisia that face multiple environment pressures and threats that affect the sustainability of agriculture and other economic activities.

A study led by the United Nations Development Programme, the Swiss Agency for Development and Cooperation, the United Nations International Organization for Migration, and the Tunisian government notes that changes in the environment are a major factor behind the migration of rural populations who previously practiced agricultural and pastoral activities. The IOM defines environmental migrants as people “who, for compelling reasons of sudden or progressive changes in the environment that adversely affect their lives or living conditions,” are obliged to move. Their move may be temporary, permanent, within their country, or across borders.

Individuals migrate from their home regions when the ecosystems they’ve relied on are degraded and fragile.

The study suggests that temporary or permanent migration is one of the chief strategies that rural families use to adapt to the consequences of ecosystem degradation and environmental transformations, including those caused by climate change. Individuals migrate from their home regions when the ecosystems they’ve relied on are degraded and fragile.

Migration is primarily undertaken in hopes of securing a better livelihood. Destination regions are seen to offer alternatives to agriculture and migrants are attracted to particular destinations according to their perceptions of the economic opportunities in those places.

The World Bank says that climate change may force 216 million people to move internally by the year 2050. Climate change is a strong driver of internal migration because of its influence on people’s ability to make a living and live in places exposed to drought, water scarcity, and temperature rise. By 2050, these challenges may affect as many as 19 million people in North Africa.

During the COVID-19 pandemic, the rate of unemployment in Tunisia has risen to more than 18 percent, forcing thousands of people, including rural farmers, to migrate. The effects of climate change—represented by rising sea-levels, scarcity of fresh water, and declining crop productivity—are some of the factors recently influencing Tunisians to move abroad or internally to other regions of Tunisia.

In their research, Karolina Sobczak-Szelc and Naima Fekih find that migration is one of several adaptation strategies for environmental limitations in Tunisia but that it “does not have to be the measure of last resort” for agricultural laborers to cope with unforeseen crop destruction.

Farmers have seen crops fail and productivity decrease due to lower water levels in dams and the scarcity of water sources.

The Tunisian agricultural engineer and development expert Laroussi Bettaieb, says that changes to the climate pose a serious threat to thousands of farmers in Tunisia. Farmers have seen crops fail and productivity decrease due to lower water levels in dams and the scarcity of water sources. As Bettaieb said to me, “the recurring dry seasons in a water-stressed country will push hundreds of farmers out of the agriculture sector and towards the coastal area and capital in search of stable incomes to support their families.”

It is important to note, however, that the effects of climate change on internal migration may be overstated. Hassène Kassar, a specialist in demography, says that 64 percent of migrants’ journeys in Tunisia is in search of job opportunities, rather than climate.

The same regions that have historically experienced waves of internal migration for reasons unrelated to climate change are where we see continued movement. Greater Tunis received an estimated 46,000 migrants between 2009 and 2014. In the same period, approximately 119,600 people migrated to the central and southeast regions. According to official data, more than 70 percent of Tunisia’s population now live along the country’s north and east coast. So, Kassar may be correct that job opportunities remain the primary driver of internal migration in Tunisia, but since it is difficult to separate these two factors, they should be considered in tandem.

We must act with immediate, coordinated measures which ease the climate pressures on communities in the short-term so they are not forced to move, and ultimately curb projections for future migration. Globally, mitigating climate change depends on nations reducing their greenhouse gas emission. Researchers and experts also point to the ability of sustainable development plans to reduce internal migration due to climate change and environmental degradation by up to 80 percent. Sustainable development plans should include supporting a green economy that benefits society at large and developing nature-based solutions.

Kefi says that climate migration has not been given the serious attention the issue deserves, despite the country seeing multiple waves of internal migration in recent years which can be directly linked to climate change

In an interview, Rawe Kefi, an environmental activist and member of the Young Negotiators Team on Climate Change, told me that “climate migration in Tunisia is no longer a matter for the future but is a present reality that calls for thinking about ways to adapt.” Kefi says that climate migration has not been given the serious attention the issue deserves, despite the country seeing multiple waves of internal migration in recent years which can be directly linked to climate change. Kefi urges Tunisian authorities to study the issue of climate migration and include it in official plans and visions for climate change adaptation.

The Director-General of the Office of Planning and Finance at the Ministry of Agriculture, Hamadi Al-Habib, recently said that there will be “much less” water by 2050 as a result of the predicted drop in rainfall and rise in population. Al-Habib added that he is confident that the state will adapt to these conditions through new crop varieties. Unfortunately, Tunisia needs more than new crop types and he didn’t address migration as an adaptation strategy.

Al-Habib also seems to be more optimistic than local farmers about the ability of Tunisia’s agriculture sector to adapt to changing conditions. I spoke to Lazher again after he had arrived in Tunis. He said that since his arrival, he had received a number of messages from other farmers in Tataouine requesting that he help them search for work. Lazher said, “when the state turns to new crop varieties they will be grown by the big agricultural companies because most of the small farmers will have already vanished.”

This article was originally published by the New Security Beat, a blog of the Environmental Change and Security Program.