Moderation in Iran? Don't get your hopes up.

Iranians go to the polls Friday to elect a new parliament and Assembly of Experts, the body that — at least on paper — chooses the next supreme leader. The world is watching to see if the reformist camp will gain ground, but expectations aren't high.

That's just as well. Reality, not idealized hopes or fantasies, needs to guide our view of what's possible when it comes to liberalizing and democratizing authoritarian societies. And that goes double when it comes to thinking that external factors, such as the nuclear agreement Iran and world powers completed last year, will produce significant internal change in the Islamic Republic. Indeed, for the foreseeable future, that accord may have the opposite effect.

Here's why: America may have gotten what it needed with the nuclear accord, but Iran got what it wanted — an accord that would consolidate the government's power, not undermine it.

A step forward in a highly authoritarian and ideological system can easily produce a few steps back, or at least to the side.

The United States obtained a slower, smaller, more easily monitored, time-limited Iran nuclear program that preempted an Israeli military strike and made a U.S. strike unnecessary. Iran got access to billions of dollars in frozen assets, the prospect of billions more in trade deals with Europe and Asia, and the capacity to develop nukes down the road if it wants to. An improved economy co-opts pressure for change in Iran, even though it is the elites, not the broader public, that will be the primary beneficiaries. In all, the nuclear deal has created the perception and reality that Iran has come in from the cold.

None of this favors Iran's pragmatists and centrists, let alone its reformers. In fact, as Ali Vaez of the International Crisis Group notes, in Iran historically “external loosening” is balanced with “internal stiffening.” That is what happened after the 1988 cease-fire in the war with Iraq, and after the 2003 nuclear agreement with Britain, France and Germany, when the powerful Guardian Council disqualified reformist candidates in the next elections and conservatives regained their parliamentary majority. A step forward in a highly authoritarian and ideological system can easily produce a few steps back, or at least to the side.

Indeed, fear of rapid change in Iran compounds the worries of hard-liners who for reasons of ideology and commercial or financial self-interest see threats to their interests in a more open society.

Those fears are heightened anytime America is part of the equation. The United States may no longer be the Great Satan to millions of younger Iranians, but the bogeyman trope still plays well in Iranian revolutionary and elite politics. It remains a convenient tool to constrain would-be reformers, and even those, such as President Hassan Rouhani, who are less focused on political liberalization and more on opening up the economy.

At the top of the power structure sits supreme leader Ali Khamenei, who has no intention of letting the United States, the grass-roots Green Movement or Rouhani slip significant change through the back door of the nuclear agreement. Indeed, Khamenei will ensure that there is no serious normalization with Washington, and that interactions with the Americans are purely functional and are seen in the proper context. After an Iranian naval commander detained the crews of two wayward U.S. Navy boats, Khamenei personally praised the action and awarded him Iran's most prestigious medal. This week, Khamenei denounced the U.S. and expressed confidence that Iranians would vote to maintain the nation's anti-Western stance.

Iran and the U.S. remain deeply at odds on a variety of regional issues that also undercut attempts at normalization and reinforce the hard-liners' resistance to reform. Iran's support for the Assad government in Syria, the terrorist group Hezbollah and the Houthi takeover in Yemen will keep matters tense with Washington and America's traditional allies Israel and Saudi Arabia. Iranian Holocaust denial; poisonous anti-Israel and anti-Semitic rhetoric will also prevent much meaningful evolution in the bilateral relationship. And American election year rhetoric is likely to feed a vicious rather than virtuous cycle, providing Khamenei with all the material needed to keep the anti-American pot boiling.

Perhaps over time — a great deal of time — the extremist, ideological forces that rule Iran will bend or be forced to make way for meaningful change. But highly authoritarian governments in recent times — Russia, China, Vietnam, even Cuba — have proved adept at maintaining control even while they open up a crack to achieve specific goals. Henry Kissinger once said Iran needs to decide whether it is “a nation or a cause.” This election is unlikely to answer that question. And right now there's little the United States, business deals with Europe or a nuclear accord can do to change that inconvenient reality.

The article was originally published here in the LA Times.

The views expressed here are soley those of the author. 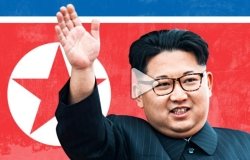