Monitoring the Beyond the Border Action Plan

The Wilson Center’s Canada Institute launches a major initiative to measure the progress of the “Beyond the Border” agreement unveiled by President Barack Obama and Canadian Prime Minister Stephen Harper.

Washington - The Wilson Center’s Canada Institute has launched a major initiative to measure the progress of yesterday’s “Beyond the Border” agreement unveiled by President Barack Obama and Canadian Prime Minister Stephen Harper.

The long-awaited Agreement’s objective is to guard the long-term economic well-being and security of Americans and Canadians by easing border congestion, enhancing security, and improving the largest trading relationship in the world, which at $1.8 billion in goods and services trade daily, maintains 8 million jobs in the United States.

“I am pleased that The Wilson Center will actively monitor the Action Plan announced by President Obama and Prime Minister Harper,” said Jane Harman, president, director, and CEO of the Wilson Center. “The process to solve mutual security, intelligence, and law enforcement challenges, as well as trade and economic security, must remain open. The Wilson Center’s Canada Institute aims to be at the forefront of the discussion on this process.”

“Canada is key to doubling exports,” President Obama noted in his press conference with Harper, adding that U.S. trade with Canada was key to creating American jobs.

The Wilson Center program will provide outreach to key stakeholders, build a united cross-border consensus in favor of continued progress, and provide evidence-based research that initial efforts are paying off.

“For Beyond the Border to be successful we need an informed public discussion of the progress on how it relates to public, private, and civil society interests,” says David Biette, director of the Canada Institute.

The Canada Institute will work with a variety of businesses, groups, and associations to support the Beyond the Border Action Plan and enhance the economic, security, and political cross-border relationships between the United States and Canada.

The Canada Institute of the Woodrow Wilson International Center for Scholars promotes a free flow of ideas and policy options for deepening understanding, communication, and cooperation between the United States and Canada by engaging policymakers and members of the scholarly, business, and not-or-profit communities in creative dialogue.

The Woodrow Wilson International Center for Scholars is the national, living memorial honoring President Woodrow Wilson.  In providing an essential link between the worlds of ideas and public policy, the Center addresses current and emerging challenges confronting the United States and the world. The Center promotes policy-relevant research and dialogue to increase understanding and enhance the capabilities and knowledge of leaders, citizens, and institutions worldwide. Created by an Act of Congress in 1968, the Center is a non-partisan institution headquartered in Washington, D.C., and supported by both public and private funds. 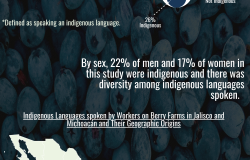 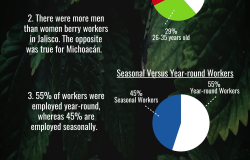 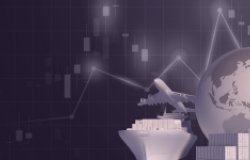