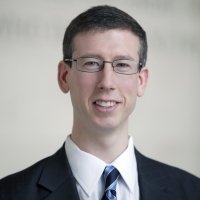 A year ago, EPA charged the National Advisory Council for Environmental Policy and Technology (NACEPT) with preparing recommendations for expanding the agency’s use of citizen science. On December 13th, 2016, the 28 member NACEPT delivered the resulting report, “Environmental Protection Belongs to the Public—A Vision for Citizen Science at EPA.” 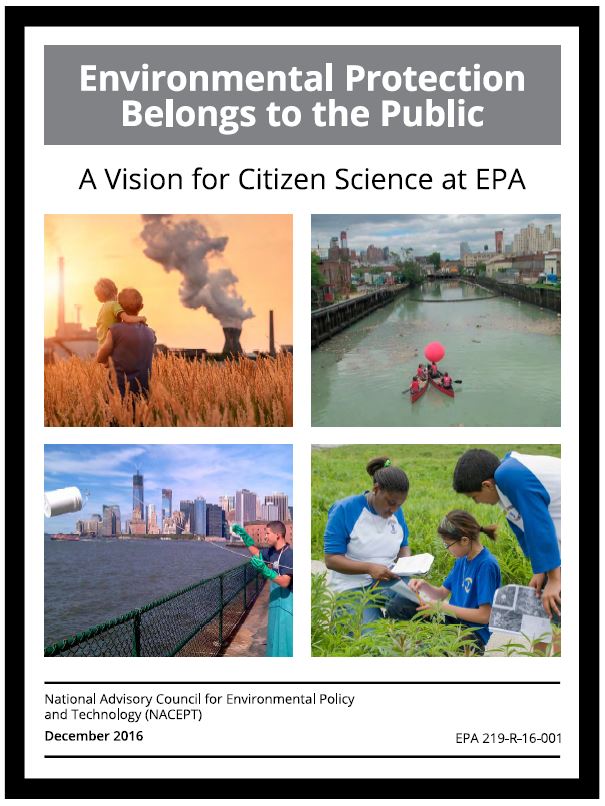 In the past decade, rapid technological advances have created new opportunities for ordinary citizens nationwide to work with professional scientists and government researchers in the scientific process. These advances have enabled the growth of an energized community of citizen scientists who help the scientific community to prioritize research questions, run experiments, collect data, and analyze results. Encouraged by policy initiatives, numerous federal agencies have also accelerated their use of citizen science in recent years.

The U.S. Environmental Protection Agency (EPA) is one agency that has found great benefit in working with citizen science to monitor and protect human health and the environment. A year ago, EPA charged the National Advisory Council for Environmental Policy and Technology (NACEPT) with preparing recommendations for expanding the agency’s use of citizen science. On December 13th, 2016, the 28 member NACEPT delivered the resulting report, “Environmental Protection Belongs to the Public—A Vision for Citizen Science at EPA.”

In his transmittal letter, NACEPT chair William Ross says that citizen science brings together two of EPA’s guiding principles: basing decisions on sound science and staying connected to the American public. To make the most of this potential, NACEPT recommends quickly appointing a high-level Citizen Science Director and establishing an internal task force with representatives from across the agency and its regional offices. Together, they should define and coordinate EPA’s efforts to collaborate with citizen scientists. At the regional level, NACEPT recommends Regional Administrators develop a citizen science action plan, designate staff to support citizen science efforts, and convene workshops to highlight existing citizen science work.

1. Embrace Citizen Science as a Core Tenet of Environmental Protection. NACEPT recommends EPA work with citizen science groups to develop a strategy for working with citizen science that works across EPA and removes internal barriers. As a part of this, EPA should actively collaborate with nongovernmental organizations, sharing in the design and management of projects, while also being transparent with the citizen science community on any barriers and limits to EPA’s participation. Furthermore, EPA can use the power of citizen science at the local level to complement its traditionally top-down approach.

2. Make Increased Investments in Citizen Science for Communities, Partners, and the Agency. The most direct avenue for investing in citizen science is expanding funding opportunities and allowing citizen science in grant-making across the organization. The NACEPT report also recommends EPA provide training and technical support to citizen scientists by facilitating the work of intermediary organizations, respecting and promoting the collaborative nature of citizen science. At the same time, EPA should be clear and transparent in its own technical policies and practices so the community can innovate in ways that will help it to engage EPA effectively.

3. Enable the Use of Citizen Science Data. EPA should not only recognize the quality of the data that already exists, but collaborate with the citizen science community to develop data standards for future data collection. In line with the principle “fitness for use,” different uses of data require different standards for data, and these differences should be clearly communicated to citizen scientists, researchers, and policymakers. Resources should be devoted to consistent coordination with citizen science groups gathering relevant data, and when EPA uses data from citizen scientists, those scientists should get feedback on how their data contributed to EPA’s work.

4. Integrate Citizen Science into the Work of EPA. Citizen science has a key role to play across EPA’s work. By empowering science, technology, engineering, arts, and math (STEAM) educators to use citizen science, EPA can help to foster a sense of engagement with science and the environment in students. EPA should work to support the citizen science community at all levels by partnering with organizations that can link the professional scientific community, citizen scientists, and local environmental agencies. EPA can also do more to integrate citizen science into the agency’s own scientific work in a consistent and comprehensive manner, as well as make it a part of its regulatory decision process.

EPA’s existing engagement with citizen science is active and broad, giving EPA a strong starting point for acting on NACEPT’s recommendations. EPA supports many citizen science projects across the country. Since the 1980s, citizen science volunteers in Great Smoky Mountain National Park have helped to inventory all of the species living in the park. In Newark, New Jersey, air quality monitors distributed to citizens have tracked levels of air pollutants in the city. Meanwhile, a partnership of tribes in southeastern Alaska use EPA funding to monitor the potential toxicity of shellfish harvests, protecting themselves and consumers. Projects like these from across the country cover the whole range of citizen science activities, from education and community engagement to research and environmental monitoring for setting regulatory standards.

NACEPT’s recommendations would help EPA to standardize and strengthen these existing relationships. Presently, these efforts are carried out by specific departments and regional offices on a case-by-case basis. Making citizen science an agency-wide priority with increased funding and standard practices would build consistency in how the citizen science community is engaged and the data it produces is used. In addition to the direct benefit of greater access to funds, clarity on how to engage with EPA would allow citizen scientists to make the most of their limited finances and resources. At the same time, a more robust citizen science community that has the know-how and funding to work with EPA would offer EPA a cost-effective way of understanding and addressing the environmental and health challenges faced by everyday citizens and communities.

As questions abound about what the next EPA administrator may do in their first 100 days, NACEPT’s recommendations offer them a roadmap for capitalizing on citizen science for their policy goals. Citizen science is a flexible tool, giving them a cost-effective method for collecting data on the issues they choose to prioritize. It also empowers people at the grassroots level to participate in protecting their health and their community’s air and water, making them active stakeholders in the environmental monitoring and decision-making that affects their daily lives. Citizen science offers the EPA and its next administrator a unique avenue for engaging with community and state-level organizations as well as members of the American public. 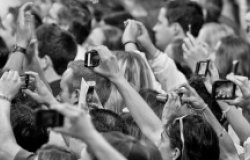