WASHINGTON – The Woodrow Wilson International Center for Scholars, the nation's key non-partisan policy forum, welcomes its new President, Director, and CEO, Ambassador Mark Green, who starts today in that capacity. He is the sixth head of the Center in its 52-plus year history.

Green joins Wilson after serving as executive director of the McCain Institute for International Leadership, and before that, as administrator of the U.S. Agency for International Development (USAID). He succeeds former Congresswoman Jane Harman (D-CA), who stepped down on February 28, 2021, after a decade of service.

“I really think we're at a moment in our country's history – the history of American global engagement – where we really need to hold up the kind of independent research and scholarship that The Wilson Center is famous for, Green said. “We need to harness it, we need to project it, and we need to make sure that it continues to be a key part of all the policy debates – whether it be on Capitol Hill or in embassies around the world. It really is an important moment, and I'm honored to be a small part of that.”

Ambassador Green, as part of his first public interview as CEO laid out his vision for the Center, and identified global challenges where he feels the Center’s strengths be brought to bear.

“I think the great challenge of this generation is actually not Covid-19. For me, it's the extraordinary human displacement we're seeing in the world,” Green said. “80 million people are displaced right now; they're not where they were and perhaps not where they're going to be. We see an entire generation of young people being born displaced – being born in camps or displaced communities and growing up that way. It matters because ten years from now if these poor people continue to be isolated, and if their needs are not met, and if they don't see opportunity and if they don't see any possibility, we're going to see a toxic mix that once again will create a new set of challenges.”

Green also served in top roles at the International Republican Institute, the Initiative for Global Development, and at the U.S. Global Leadership Coalition. He was the U.S. ambassador to Tanzania from 2007 to 2009. Green served four terms in the U.S. House of Representatives for Wisconsin's 8th District.

The Wilson Center is ranked as one of the top 10 think tanks in the world and received special recognition as the Best Regional Studies Center (Free Standing) Center of Excellence for 2017-2019. The results are according to the 2020 University of Pennsylvania Global Go To Think Tank Rankings Survey.

Blog post
Economics and Globalization
An Unwelcome Visitor: COVID-19 and the Caribbean’s Tourism Collapse
By Jack Little on April 15, 2021 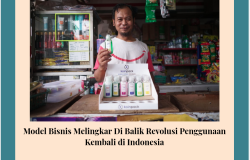 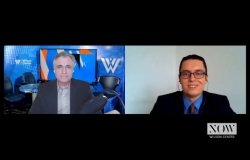