“General well-being, not to mention prosperity, is only possible for an exclusive group of people in Ukraine. Poorly paid labor migrants, reductions in the work force, closed hospitals in the provinces – these are parts of the “food chain” that lead to new capital for “the family,” including the infamous estate “Mezhyhiriya.”  Ukrainians no longer experience “distance” between themselves and the Ukrainian elite — it is an abyss. If the leader is inefficient in fulfilling his promises and overly efficient in building his own circle’s well-being – how should the people react? The outcomes of President Yanukovych’s four-years of irresponsible and self-indulgent rule have poured into the chilled air and onto the cold granite of the Maidan.”

"For the millions of his [Yanukovich] supporters he is the Leader, he is the incarnation of their dreams, he is their hero. And his opponents are poor failures that should be deceived and used."

"The authorities can no longer govern in the old way, while the society wants and knows how to live in a new way. This process can be temporarily hampered, but it cannot be stopped."

Q: Is involvement of foreign observers going to exacerbate the situation?

"It seems that involvement of foreign observers may be the only opportunity to keep the events within a peaceful channel. It would be the most appropriate to create their groups or posts on the parity basis. However, it is necessary to keep in mind that observers may become an attractive object for possible sharp provocations aimed at compromising the opponents."

"Since 2010 – the start of Viktor Yanukovych’s presidency – the Marxist system of decision-making has quickly taken over Ukraine, where only one political force formulates and adopts the laws. This shift was facilitated by both fine and crude falsifications during the parliamentary and local elections and brutal and unlawful changes to the Constitution. Thereafter, decisions that have been made were based on the very limited values and interests that are typical for a political force almost exclusively comprised of representatives of big businesses and criminal structures. Thus, the laws adopted by this system only meet the interests and values of a very small social group. This is probably the main ideological motive of today’s Maidan, though it is not explicitly manifested in its demands and mottos. Therefore, any attempts to bring the sociopolitical situation in accordance to the effective Ukrainian legislation provoke, and will keep provoking, resentment of a great part of Ukrainian society. The best way out of this situation would be preterm elections for all bodies involved in political and legislative decisions: the President, Parliament, Supreme Court, Constitutional Court, and in the nearest future, local governments. Failing to do so, Ukraine will be doomed to permanent tension and conflict between society and the circles that make political decisions." 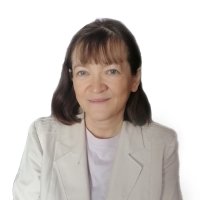