The Nuclear Proliferation International History Project is please to announce the participants of the 2013 Nuclear Boot Camp in Allumiere, Italy, 26 June - 6 July 2013. 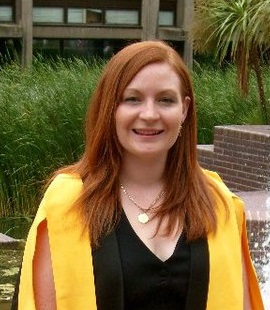 Isabelle Anstey is a doctoral candidate in the department of War Studies at King’s College London, looking at the negotiation of multilateral nuclear export controls, in particular the Nuclear Suppliers Group. Isabelle worked for three years at the Centre for Science & Security Studies at King’s College London. Recently she worked on the production of the 2013 Nuclear Non-Proliferation Treaty Briefing Book for the British Foreign and Commonwealth Office, and is one of this year’s CSIS PONI Nuclear Scholars. She completed her MA with distinction in International Relations at King’s College London, and holds an honours degree in History from the University of Edinburgh. 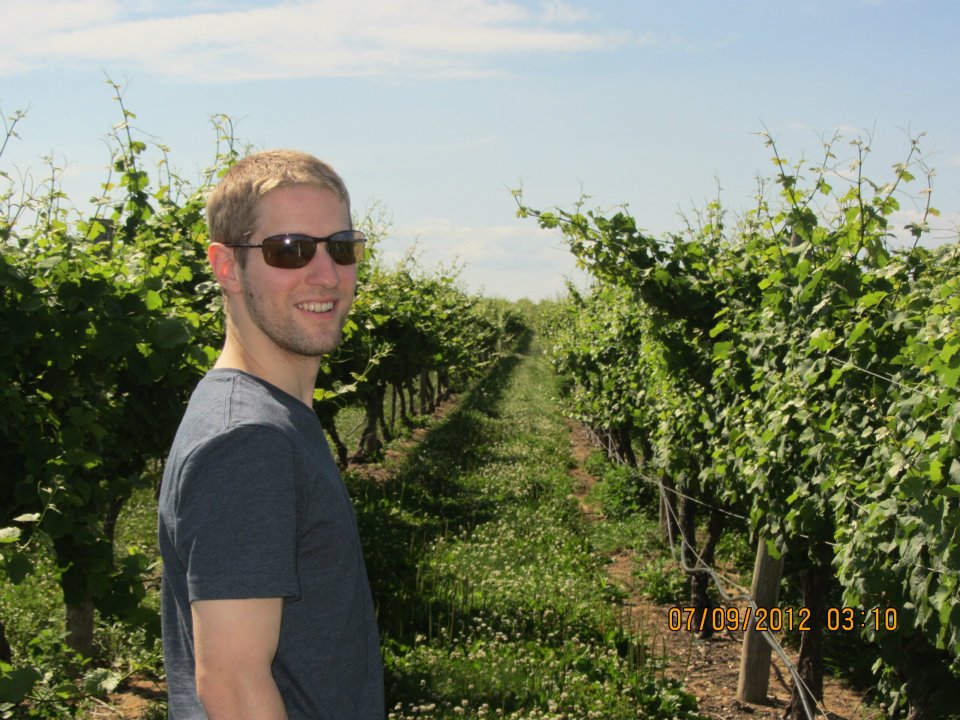 Stephen Buono holds a M.A. in American History at the George Mason University (2012) and a B.A. in History and Asian Studies, (SUNY Binghamton, 2011). Broadly construed, his interests fall under American foreign relations and nuclear policy since 1945. His research has focused on how government officials, scientists, and others confronted the questions brought on by the dawn of the nuclear age. His undergraduate thesis explored the ways in which the U.S. government controlled popular remembrance of the Asia-Pacific War--principally Emperor Hirohito's war responsibility and the atomic bombing of Hiroshima and Nagasaki--during its occupation of Japan between 1945 and 1952. Last fall, under the direction of Martin J. Sherwin, he researched Dwight Eisenhower's reliance on the threat of "massive retaliation" during both the Korean War and the Quemoy-Matsu Crisis. Contrary to much recent scholarship, his research suggests that the President's threats were not merely bluffs to force the Soviets' hand, but rather legitimate warnings that, unheeded, would have resulted in nuclear strikes in Asia.
Stephen enjoys reading, writing, strategy games, baseball, and a good steak. 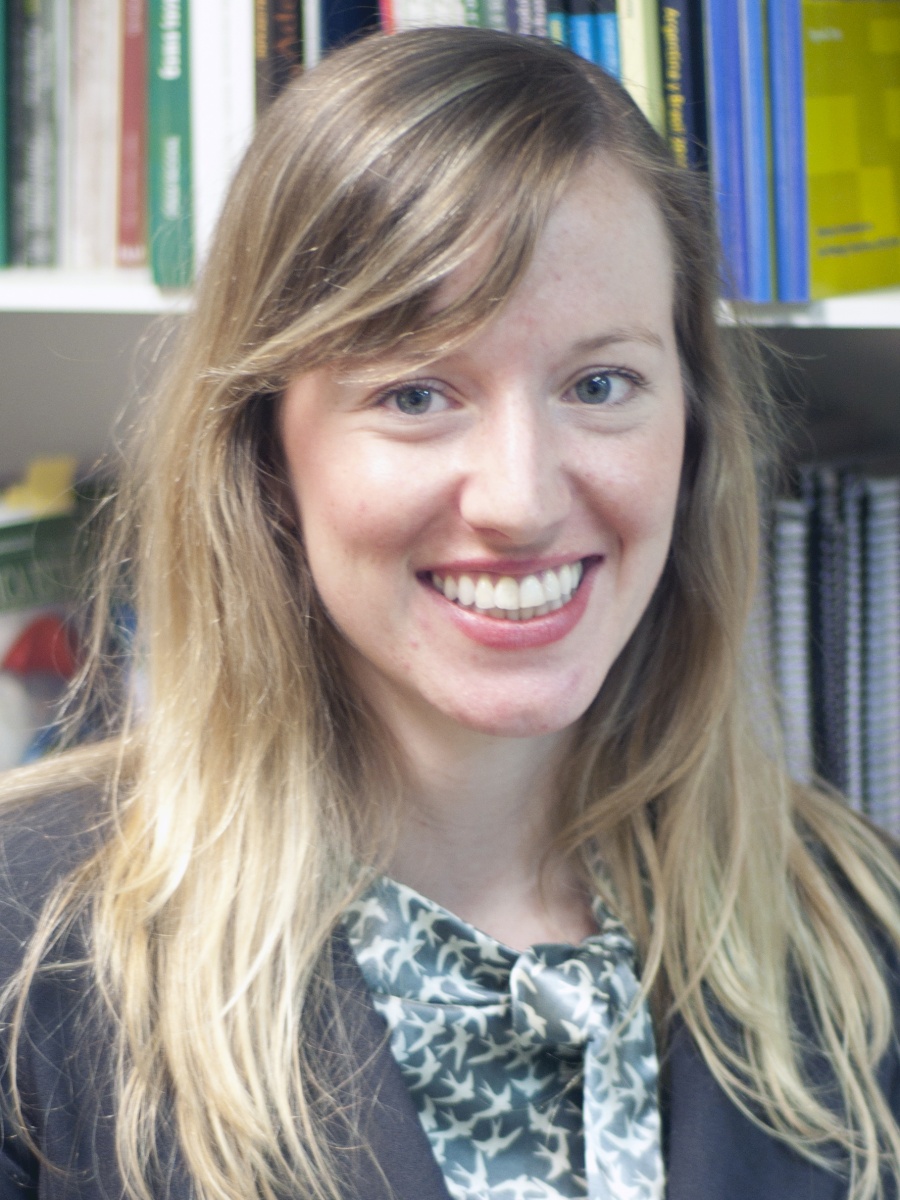 Renata H. Dalaqua is a PhD candidate in History and Politics at the Center for Research and Documentation of Contemporary History of Brazil (CPDOC/FGV) and the Project Coordinator of the Brazilian Center for International Relations (CEBRI). Renata holds a BA in Political Science (State University of Campinas, 2008) and a MA (Distinction) in International Politics and Security (University College London, 2011). All through her studies, Renata researched topics relevant to international cooperation on security; with particular emphasis on the dynamics of arms control and disarmament. Her main research interests are: nuclear disarmament movement, opposition to nuclear energy and governance for uranium mining. She was also an intern with VERTIC (London) and the Preparatory Commission for the Comprehensive Nuclear-Test-Ban Treaty Organization (UN/Vienna). 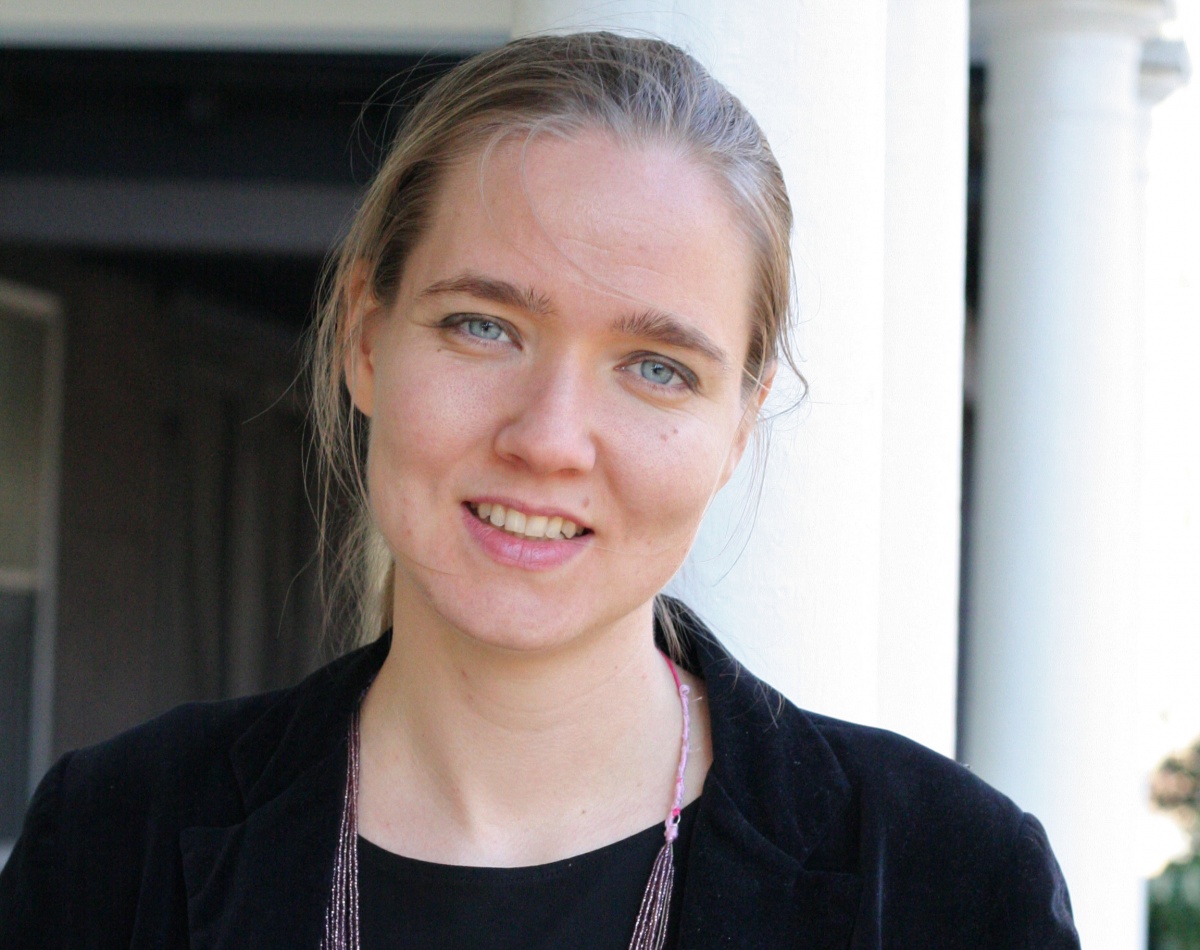 Carolyn Dekker is a PhD candidate in English Language and Literature at the University of Michigan. She is at work on a dissertation on nuclear weapons in American fiction, journalism, and historiography. Her teaching interests include war literature, environmental literature, and literature of the American West. She received a BA in Biology and English from Williams College in 2005. 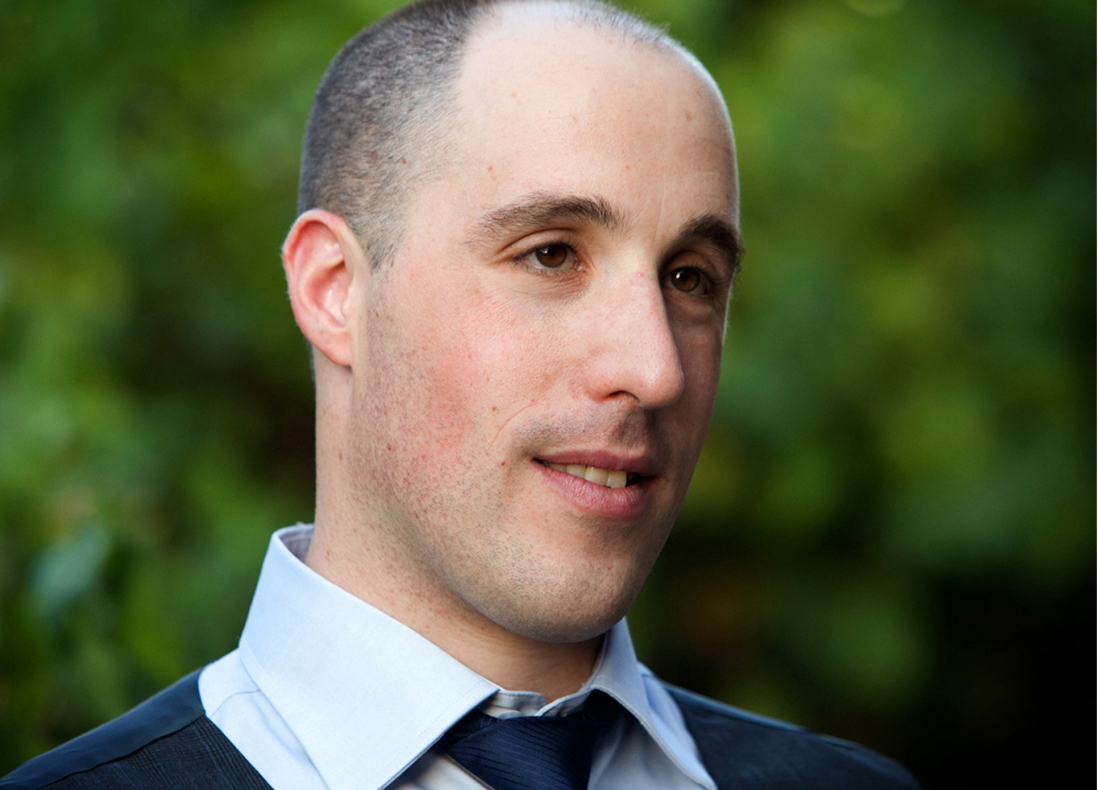 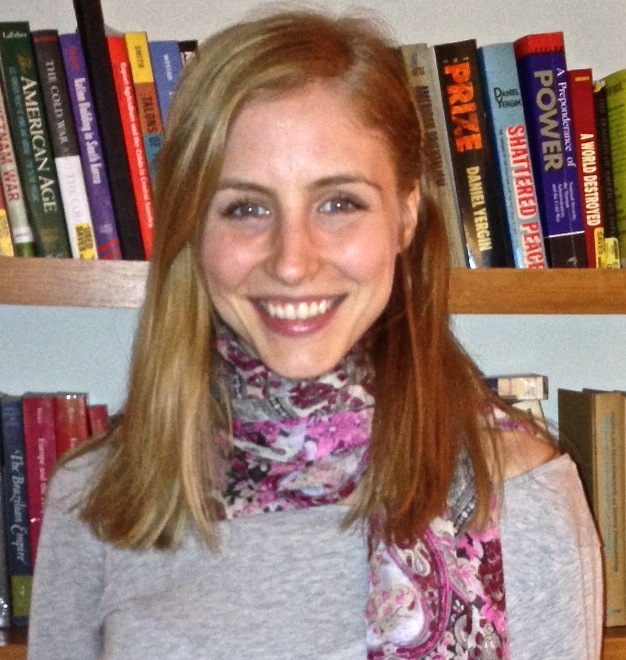 Robynne Mellor is a History PhD candidate at Georgetown University. She is the recipient of the Environmental History Fellowship and her research focuses on the intersection of the environment and the Cold War. Specifically, her research interests include the history of uranium mining and milling in North America and Eurasia, and how global nuclear events affect and shape local landscapes and communities. Currently she is conducting research on U.S. uranium procurement policy in the 1950s, uranium mill tailings regulation in the U.S. and Canada from the 1950s to the 1980s, and risk assessment in uranium mines in Canada, Australia, and the U.S. She received her History BA from Queen's University (Kingston) in 2011. 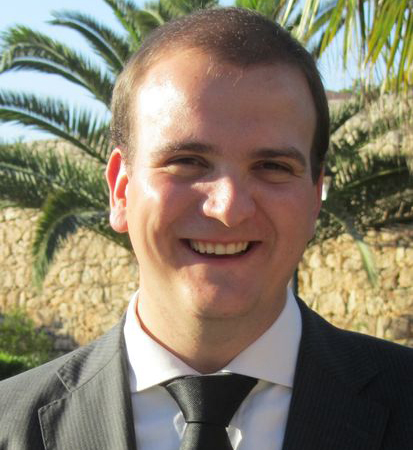 Michal Onderco is PhD student of political science at Vrije Universiteit Amsterdam. In 2012-2013 he was Fulbright visiting researcher at Columbia University. Previously, he studied international relations and international law in Bremen, Paris and Amsterdam. Michal's research analyzes why different liberal democracies react differently to nuclear crises. His research interests include "rising powers", nuclear proliferation and international organizations. If not researching or writing, Michal is a curious traveller, a passionate foodie and a museum enthusiast. 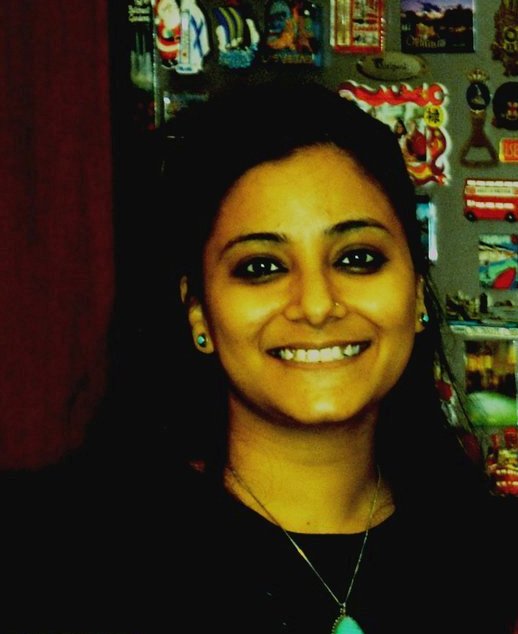 Hina Pandey is presently pursuing her PhD. from the American Studies Division, School of International Studies, Jawaharlal Nehru University (JNU), India. Her thesis on, “Nuclear Energy Policy of George W. Bush Administration: Strategic and Economic Dimensions” explores the promotion of nuclear energy during the eight years of G.W. Bush’s Presidency and its linkages to nuclear renaissance and nuclear non-proliferation goals of the United States . She is also working as a Research Associate with the Centre for Air Power Studies (CAPS) researching on the nuclear security issues and regularly compiling the Centre’s fortnightly newsletter, ‘Nuclear Security’. She has published her articles in the quarterly Journals of the Centre such as, “Air Power” and “Defence and Diplomacy” and has also presented papers in the in-house and National Seminars organized by CAPS. She received her B.A. (honours) in Political Science from Delhi University and a Master’s Degree in International Studies from JNU. Her broad research interests include nuclear security issues; non-proliferation, nuclear energy and the US-India Relations. 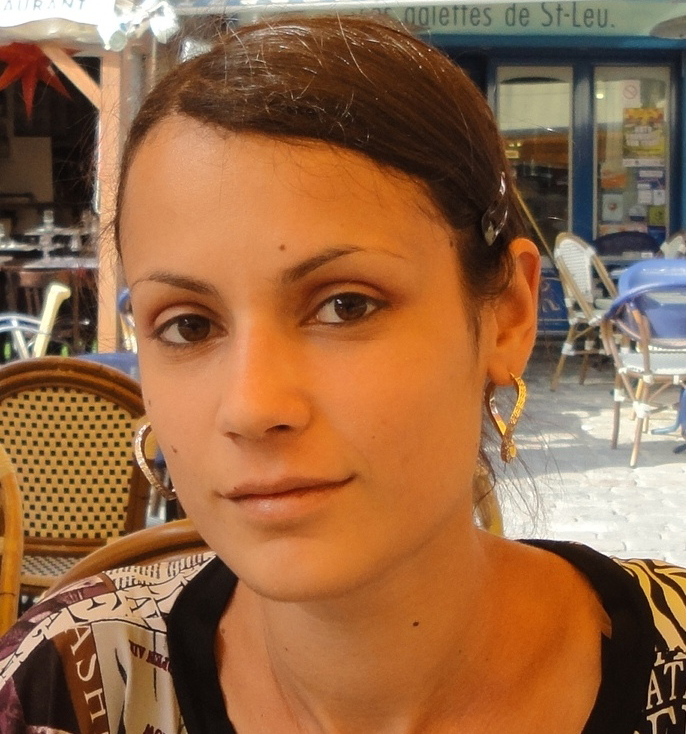 Ilaria Parisi holds a degree in History from the Roma Tre University (Rome, Italy) and a Master’s degree in European Studies from the University of Sorbonne Nouvelle Paris 3 (Paris, France). She wrote her Master’s thesis about “France and the Euromissile crisis, 1977-1987,” a topic she keeps exploring within the frame of a PhD. She has specialized in French foreign and security policy during the Cold War, in Transatlantic relations, and in European security issues. During the 2012/2013 academic year, She co-organized a young researcher’s seminar on nuclear history at the University of Paris 3. 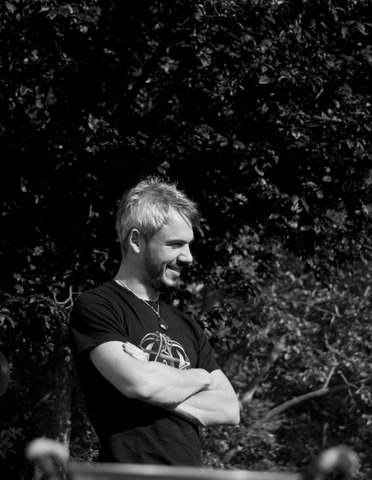 Niccolò Petrelli holds a BA and MA in International Relations from the University of Roma Tre, where he graduated with a Thesis in History of International Relations entitled "October 1973: the Yom Kippur War". As a PhD candidate in the same university he is currently writing a dissertation on the Israeli strategic culture, the Israeli approach to Counterinsurgency and the struggle against Hamas between 1987 and 2005. He was a military research fellow at the Military Center for Strategic Studies (Ce.Mi.S.S.) in Roma and a research assistant at the International Institute for Counter-Terrorism (ICT) in Herzliya. He has published a number of articles on the issues of Special Operations Forces and strategy and Counterinsurgency. His main research interests are Strategic Culture, Military Theory, Counterinsurgency, and the history of the Middle East. 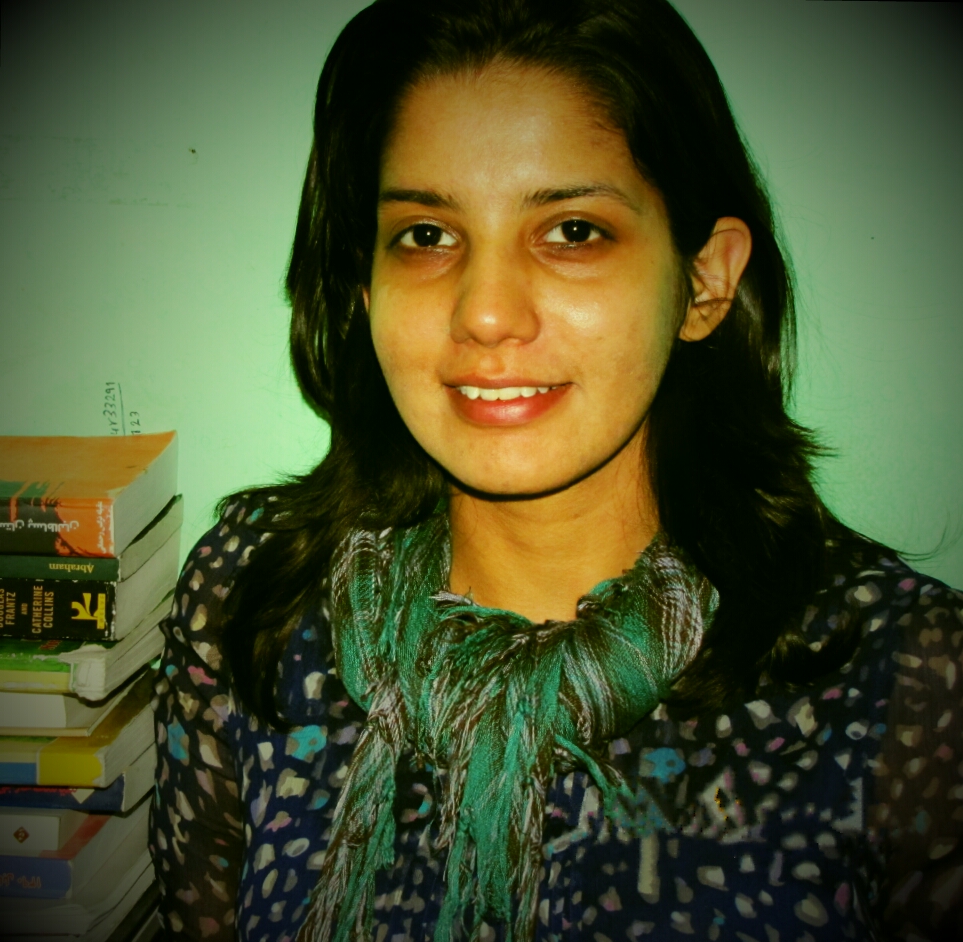 Manasi Pritam is a PhD Candidate of Diplomacy and Disarmament at the Center for International Politics, Organisation and Disarmament (CIPOD) in Jawaharlal Nehru University, New Delhi. She is also a Research Intern with the Nuclear and Arms Control cluster of the Institute of Defense Studies and Analyses (IDSA), where she is engaged with the IDSA Nuclear History Project. She holds an MA in Conflict Analysis and Peacebuilding from Jamia Millia Islamia University and a BA (Hons) degree in Economics from St. Stephen's College, University of Delhi. Currently, her research focuses on the role of non state actors in proliferation trends, patterns and events in the Nuclear Age. Her research interests are nuclear politics, social psychology in World politics and ethnic conflicts in South and West Asia. 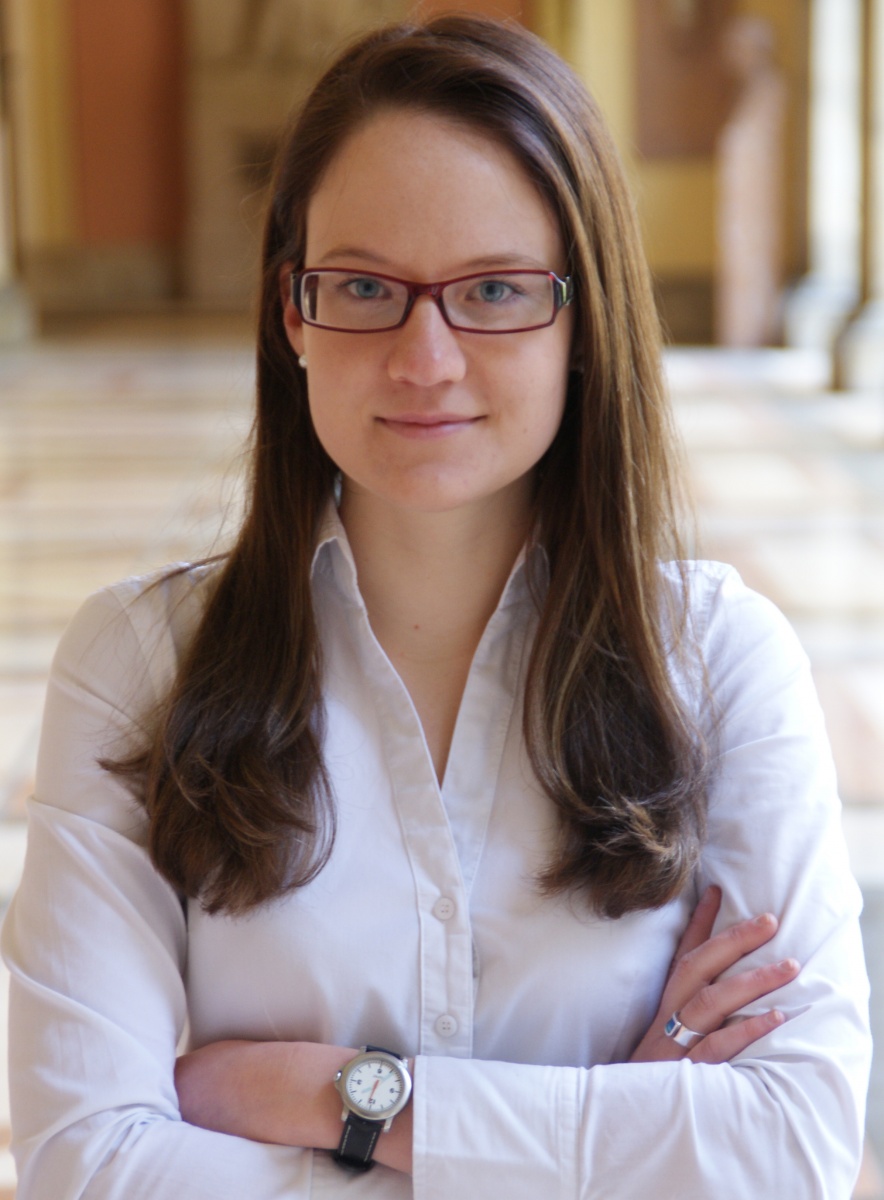 Magdalena Reitbauer is currently a PhD-candidate at the University of Vienna, researching on Euratom and the international nuclear non-proliferation regime from the mid-1950s onwards. She received two MA degrees with honours; one in political science specializing on EU's climate and energy policy and one in history with a thesis on Austrian's travel diplomacy during Cold War. Magdalena is working at the Department for Contemporary History in Vienna as a member of the project team on the International Atomic Energy Agency. Besides international nuclear history, her research interests are international relations and European affairs as well as Cold War history.

Emma Rosengren is a PhD Student from the Department of Economic History, Stockholm University, Sweden. Her dissertation addresses the relationship between gender, nuclear weapons and disarmament, using the Swedish nuclear experience as a case study. She was a visiting fellow at the Europe Center, Stanford University in the spring 2013, where she worked closely with nuclear experts at the Center for International Security and Cooperation (CISAC). After receiving her Master Degree in International Relations from Stockholm University in 2009, Emma worked on disarmament policy for the Swedish Section of the Women’s International League for Peace and Freedom (WILPF) before starting her PhD program in 2012. Emma’s research interests include feminist theory, nuclear weapons, disarmament and peace movements. 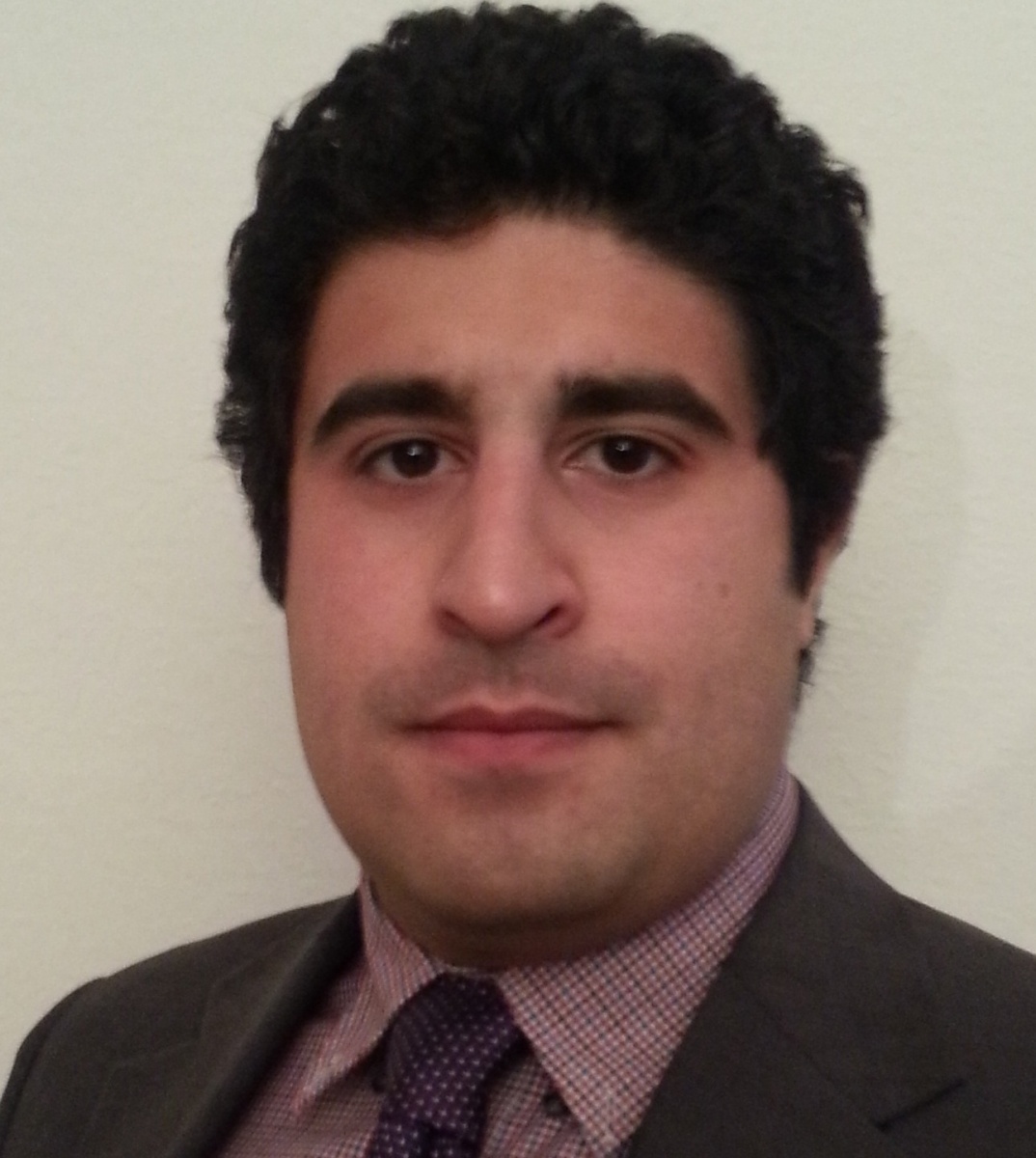 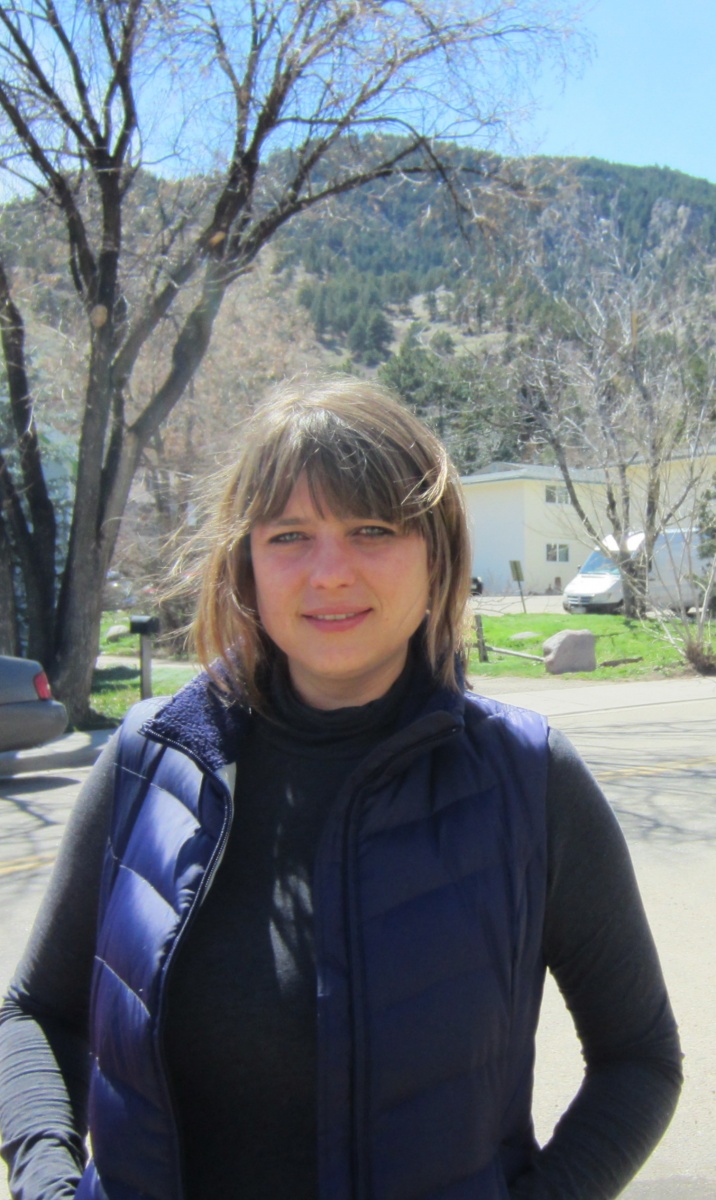 Magdalena Stawkowski received her Bachelor's degree in anthropology and history from the University of Delaware. Currently, she is a PhD candidate in the writing phase of her dissertation. Her research examines the ways in which scientific discourse on low-level radiation and genetic mutation informs the lives of people whose home is the Semipalatink Nuclear Test Site in Kazakhstan. In many ways, her interest in all things nuclear stems from her own experience of the Chernobyl disaster. She is currently on the Board of Directors of the Karaganda EcoMuseum, an NGO that aims to address issues of pollution in Central Kazakhstan. She also helped to organize a "downwinders" student exchange program between Nevada and Kazakhstan supported by a grant from the Museums and Community Collaborations Abroad Program. Recently, she started "Human Survival in a New Nuclear Age" Initiative on the University of Colorado campus. This initiative aims to bring together social science researchers, scientists, and members of the Boulder community in order to address a broad range of questions associated with the nuclear age. 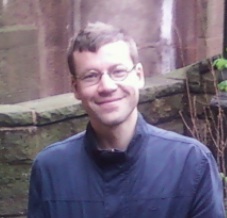 Benjamin Wilson is a doctoral student in MIT's Program in Science, Technology, and Society, writing a dissertation on the history of U.S. nuclear arms control efforts in the mid-to-late Cold War. The dissertation examines the evolving relationships between nuclear experts, the state, and the wider nuclear disarmament movement in a variety of settings—from university-based research to defense consulting, Congressional advising, and within non-state arms control organizations. Benjamin’s interests embrace the history of modern science, American politics, and the connections between foreign and domestic policy. He holds master´s degrees in physics from Yale University and the University of Toronto, and a bachelor´s degree in engineering from the University of Saskatchewan.