An Opportunity to Build the Future of North America

In the face of deep concern for the future of the bilateral relationship with Mexico, and more broadly with North America, it is now more important than ever for the incoming administration to focus on the fundamental benefits that have stemmed from ongoing cooperation with its immediate neighbors.

Perhaps one of the most palpable effects of this year’s presidential election has been the increasingly tense relationship between the United States and its neighbor and NAFTA trading partner, Mexico.

Consequences at government level are mostly yet to manifest themselves, but the impact on the people of both countries has been heavily felt. The perception that Mexico is responsible for “stealing” American jobs and flooding the country with a significant proportion of its illegal immigrants has strained bilateral relations in a largely non-official but nonetheless undeniable way.

As a result, concern about the long-term effects of Donald Trump’s presidency reached hyperventilation levels in Mexico. In the words of political analyst and former Mexican Foreign Secretary Jorge Castañeda, the Republican candidate’s triumph is “an unmitigated disaster”, and the relationship between the two countries is so damaged that there are now “very few tools to fix it”.

However, there are reasons to think that this perspective, although understandable, is exaggerated. The Mexican president, Enrique Peña Nieto, in a widely criticized move, had already invited then-candidate Trump to Mexico in August.

Despite any difficulties (real or perceived) that have arisen in North America as a result of this election, the region can continue to function as such by identifying common areas of opportunity and using them to invest and build together.

Both this decision and Peña Nieto’s response to the result of the election, in which he emphasized the need for cooperation and mutual respect and stressed that Mexico and the United States are “friends, partners and allies” who must continue to work together “for the competitiveness and development of North America”, are indicative of the cordial and pragmatic approach that Mexico is willing to adopt over the course of the next four years.

In his victory speech in the early hours of November 9th, President-elect Trump not only delivered a remarkably conciliatory speech, reassuring some of his political opponents, he also gave a clue to what one of his main priorities will be in office. The one major area of policy that he mentioned that morning specifically referred to infrastructure investment and the subsequent creation of jobs… and that’s where the rest of North America comes in.

In the face of deep concern for the future of the bilateral relationship with Mexico, and more broadly with North America, it is now more important than ever for the incoming administration to focus on the fundamental benefits that have stemmed from ongoing cooperation with its immediate neighbors.

Perhaps the most promising field for this regional cooperation to take place is joint infrastructure development and investment. There are already legal and institutional tools whose purpose is to improve the relationship between Canada, the United States and Mexico, the most prominent one being the NAFTA, and President-elect Trump’s vehement campaign statements that he would seek a renegotiation of or US withdrawal from the agreement provide an opportunity to broaden the dialogue.

NAFTA is a solid starting point for future infrastructure-based cooperation since it contains elements like the CANAMEX corridor, currently limited to road transport but proposed for use by pipelines, rail and fiber optic telecommunications. But it is far from being the only mechanism. The High Level Economic Dialogue between Mexico and the US, as well as the bilateral CEO Dialogue, both provide useful support to the broader regional context.

There are several areas in which infrastructure-based cooperation is a rich opportunity for North America to seize, the most obvious being the border. It is clear that the Trump administration, even if it does not follow through on its promise to build a wall across the length of the border, will dedicate substantial efforts to boosting border security.

There is still much work and innovation to be done, but already several projects have been undertaken, such as the implementation of automated kiosks, pre-screening individuals and the creation of Trusted Traveler programs, of which a trilateral agreement is currently being outlined.

This opens the door to a renewed debate about border control priorities. If handled correctly, this debate will include concerns not only of security but also economic efficiency and the impact on border communities. The past fifteen years have seen the evolution of the conversation over border affairs to an acceptance that the two concepts, far from being mutually exclusive, are in fact mutually reinforcing.

The smooth crossing of approved people and goods, the efficient prevention of unwanted border traffic, the avoidance of long delays that affect both businesses and surrounding communities and the reduction of air pollution should all be part of the debate.

There is still much work and innovation to be done, but already several projects have been undertaken, such as the implementation of automated kiosks, pre-screening individuals and the creation of Trusted Traveler programs, of which a trilateral agreement is currently being outlined.

A focus on border crossings naturally leads us to consider a second area in which North America can benefit from joint infrastructure projects: transportation. Aside from creating jobs and increasing regional and national competitiveness, it is important to not only provide maintenance to existing roads, railways, ports, airports and highways, but to update them and increase their interconnection and accessibility, as well as improving internet access and focusing on critical infrastructure security (including cybersecurity). These last few points in particular, of course, overlap with what needs to be worked on concerning border efficiency and safety.

A third field in which infrastructure-based cooperation will doubtlessly prove fruitful is energy. Trump focused heavily during the campaign on his ideas for boosting U.S. energy production and North America is in an ideal position to reap the benefits of this.

Mexico, in particular, has experienced an energy revolution over the past few years and is now open for investment, and for the first time in the last 80 years, an incoming U.S. administration has a willing Mexican partner with which to work.

There are ample opportunities for ongoing energy infrastructure projects that take into account the increasingly integrated nature of energy markets, from oil and gas pipelines to cross-border transmission lines and a coordinated approach to refining capacity and LNG exports.

Just as importantly, given the importance of energy regulation in the Trump campaign, a coordinated approach to regulatory affairs will be crucial to enhance competitiveness.

Despite any difficulties (real or perceived) that have arisen in North America as a result of this election, the region can continue to function as such by identifying common areas of opportunity and using them to invest and build together.

Infrastructure-based cooperation is the best, most viable option to do that right now. Doing so will benefit not only the governments that see it through, but their people as well, improving national and regional competitiveness in the process.

This article was originally published by The Hill. 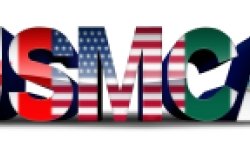 Article
NAFTA/USMCA
USMCA at One: Mexico’s Labor Reform
By Secretary Tatiana Clouthier Carrillo on May 14, 2021