The Queen is dead. Time for Canada to talk about becoming a Republic. We owe it to ourselves 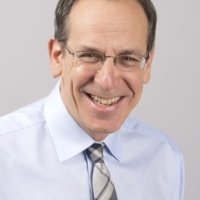 In the wake of Queen Elizabeth II's passing, Global Fellow Andrew Cohen reflects on the legacy of Canada's longest serving sovereign and argues that it is time for Canadians to consider a future without the monarchy.

Note: This article was initially published in the Globe and Mail on September 16, 2022.

The response among the chattering class to the death of Queen Elizabeth has been warm, measured and correct, much like the late Queen herself. Now is no time to speak ill of the monarch – nor, apparently, of the monarchy itself.

In English Canada, royalists flood the zone. Their lapidary tributes are soaked in sentimentality. Lest they appear too besotted, showing too little stiff upper lip, they deploy pinched terms of endearment such as “stoic,” “steadfast,” “unobtrusive” and “not ... particularly imaginative,” which come across as not particularly effusive.

Skeptics, critics, heretics – those troublesome contrarians at odds with the Crown – are mostly taking a monastic vow of silence until after her state funeral Monday. Even organized republicans, grateful their opportunity is at hand, dare not utter a discouraging word this past week. “There will be many occasions for making our case for a republic,” wrote Citizens for a Canadian Republic, expressing their condolences. “This is not one of them.”

No it isn’t, but the moratorium will not last long. The death of the Queen and the survival of the monarchy in Canada are of a piece, as tightly spun as a strand of Shetland wool. Inevitably, after a respectful period, we will have to have the conversation. For Canada, it’s time to talk.

India, Barbados, Jamaica, Australia and New Zealand have either jettisoned the monarchy or considered it. Canadians have been more proper. “Upon the death of Queen Elizabeth …” republicans would say. They were always reluctant to offend her while royalists held forth on the unity and stability the monarchy represents, as if any monarch could stop a secessionist Quebec from fracturing the country.

Suddenly, things have changed. This is the moment to have an honest debate on dissolving the monarchy, severing ties with Great Britain and taking the last momentous step on our journey to maturity. We spared Queen Elizabeth the conversation. We cannot spare ourselves.

One hundred and fifty-five years after Confederation, moving on from monarchy flows naturally from our history of deliberative steps, big and small, to full self-government. Becoming a republic would be the acme of our institutional evolution.

That’s not to say it will be easy, this conversation. Some think it’s foolish. “Put such notions out of your mind,” editorializes The Globe and Mail. “Do not go there. Forget about it.”

From the alarmists, hand-wringers and shiver sisters, who see the “wolves of republicanism”circling, we hear a new lèse-majesté warning Canadians not to question the value of monarchy. It’s as if the very subject were taboo, like incest or alcoholism.

Michael Valpy worries “indifference” will kill the monarchy in Canada. He urges Ottawa to respond quickly to save it. Invite King Charles over, he suggests. Introduce him. Try him, Canada, you’ll like him!

Why, though? Why court the King of England if you’re ambivalent about the King of Canada? This isn’t personal. King Charles may be conscientious and contemporary, a champion of the environment and good architecture. He may have the soul of Cardinal Léger. It’s not his fault he leads an extended family of mediocrities including his brother, the priapic Prince Andrew, and his great uncle, the antisemitic Edward VIII.

For Canada, though, the monarchy isn’t about personality, and it cannot be saved by celebrity. Would those snarling republican wolves feel less lupine if the more glamorous Prince William were wearing the crown? How shallow. For a Group of Seven country, how embarrassing not to have a Canadian head of state who lives here and works for us full time, not just on rare state visits from London. How neocolonial. Just because the Firm is under new management doesn’t make it any more morally solvent.

The small-minded among us always resist nation-building. They did it when Lester Pearson proposed a new flag. They did it when Pierre Elliot Trudeau dared patriate the British North America Act and entrench the Charter of Rights and Freedoms; the official opposition, most provinces and much of the elite condemned him. He persevered. It was the single greatest act of statesmanship in our history.

Patriation, we should note, followed a regime of reforms adopted over decades that broadened our sovereignty at home and abroad. They brought us to where we are today.

In the First World War, we fought largely as the Canadian Corps. Our victory at Vimy Ridge, whatever its mythology, gave us new pride and self-esteem. In 1923, we signed a fisheries treaty with the United States without the British. In 1927, we opened a legation in Washington. In 1931, under the Statute of Westminster, Canada and other dominions won the right to manage domestic and external affairs. In the Second World War, we landed at Juno Beach, reflecting our outsize military contribution on land, air and sea. Afterward we built a fine diplomatic service and showed up at critical international conferences, where we helped create the United Nations, the North Atlantic Treaty Organization and map the postwar world.

In 1947, we established our own citizenship – British subjects no more – and letters patent from London delegated powers from the sovereign to the governor-general in Ottawa. In 1949, unhappy with the Judicial Committee of the Privy Council in London, we made the Supreme Court of Canada our court of last resort.

And so it went. In 1952, Vincent Massey became the first native-born governor-general. In 1965, we designed our own flag, without the Union Jack. In 1980, we made O Canada our national anthem. In 1982, we (unwisely) discarded Dominion Day, a term more biblical than imperial, and created Canada Day, a name of crushing banality.

All made us more Canadian, an assertion of self-respect that flowered with patriation. Of course, critics scoffed then that the Constitution wasn’t a “priority.” Unemployment and inflation mattered more. Do not go there. Forget it.

Now, 40 years after freeing our founding document from British trusteeship, we face a seminal decision. To dissolve a colonial relic rooted in a lily-white, Christian, Anglo-Saxon Canada. To acknowledge French Canada, which has no affinity for the monarch, and those new Canadians from the former colonies of the British Empire who want to leave behind its legacy of slavery, violence and racism. Given our diversity, no wonder polls show Canadians lukewarm toward the monarchy.

Replacing the monarch with the governor-general or another homegrown head of state will be hard. It will take the approval of both Houses of Parliament, all 10 provinces, perhaps a national referendum, even a citizens’ assembly. Reopening the Constitution will embolden the premiers to demand more powers, which could weaken our decentralized federation. These are risks. There are also opportunities.

Asked about the monarchy, Pierre Trudeau once glibly said, “I’d rather go skiing.” He led Canada to a higher form of self-government (while, ironically, making it harder to unseat the monarchy).

Will Justin Trudeau, his son, complete the journey? His personal attachment to the Queen (“one of my favourite people”) suggests he’s unlikely to act soon, if at all. Subtly but firmly, though, he can seize the moment to lighten the footprint of the monarchy in Canada.

Host no more royal visits. Replace Queen Elizabeth on our money and postage stamps with eminent Canadians. Avoid hanging the portrait of King Charles in public buildings. Remove the statue of Queen Elizabeth on horseback from the traffic circle outside Rideau Hall, where it was unnecessarily moved from Parliament Hill. Try monarchy lite and see whether anyone misses it.

Let us address this existential question of how we organize ourselves now, clearly and confidently. Let us ask, in this unfinished country, the question we have posed again and again over the last century and a half, as we have written the lyrical story of Canada: Who are we, and what do we want to be?