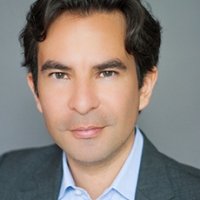 Modern-day representative democracies have limitations in their capacity for popular representation, no question about that. The deficits are evident and sharply criticized by some theorists of democracy and political representation.

One of them is Hélène Landemore, a political scientist at Yale, who in her book “Open Democracy: Reinventing Popular Rule for the Twenty-First Century”, describes the formal institutions of representation (i.e. congress, legislatures, etc.) as “closed and guarded” spaces where “only certain people, with the suit, the accent, the wealth and the right connections are welcome.” In the Latin American context, we have Camila Vergara, a professor of law at Columbia University, for whom formal institutions of representation irremediably end up dominated by economic elites, debasing their proper functions.

As a solution to these shortcomings, these theorists propose mechanisms of “direct democracy,” a form of democracy without intermediaries, which allows citizen participation outside of formal representative bodies. This “direct democracy” would be preferable to the representative kind as it eliminates obstacles and requirements for those citizens who want to take part in public affairs. From this perspective, the 2022 Mexican presidential recall referendum – officially called the Process for the Revocation of Mandate for the President of the Republic elected for the 2018-2024 constitutional period – would be a novel exercise in participatory democracy and a way to empower citizens.

Well no, not really. If one thing has become clear with this referendum, it is that the theorists mentioned above have a blind spot in their analysis: the possibility that it is the rulers who could take advantage of this exercise of “direct democracy” for their own benefit. Indeed, the recall referendum has been promoted from the beginning by the federal government headed by President Andrés Manuel López Obrador (AMLO) with two apparent objectives. The first would be to mobilize his supporters for this year’s elections and the 2024 presidential ones; and the second one to vilify the National Electoral Institute (INE) and cut its budget. In this way, the spirit of the law that gave rise to this exercise of “direct democracy” is perverted. Let us remember that the Federal Law for the Revocation of Presidential Mandate approved in August 2021 was meant to give the citizens a legal tool to express their dissatisfaction and, ultimately, to open the door to peacefully and legally remove a president from his seat. It was never meant to give the president a tool to mobilize his partisans and an excuse to go on the offensive against the electoral authorities.

The lesson here is that good intentions can be distorted in the hands of shrewd politicians. In this case, it is worth asking whether the exercise that will take place on April 10 really qualifies as a recall referendum. Under the spirit of the law that gave rise to it in the first place, the answer is a definite no, since it is not responding to a demand of the citizenry. This recall referendum is more of an exercise of the governing party to mobilize supporters like the ones we see in semi-authoritarian regimes. And so the adage is confirmed: the road to hell is paved with good intentions. 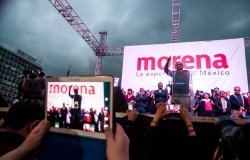