Two of the Asia Program's former Japan Scholars wrote articles which were included in a volume of the Asia Policy publication by the National Bureau of Asian Research.

Kuniko Ashizawa wrote "Japanese Assistance in Afghanistan: Helping the United States, Acting Globally, and Making a Friend."  In it she discusses Japan's committment to the Afghan peace and reconstruction process.

Former senior scholar Nobuo Fukuda contributed an essay for a book review roundtable on 3.11: Disaster and Change in Japan, titled "Long-Awaited Self-Rule on the Horizon?"

What would truly fundamental change mean in Japanese politics today? In the wake of the deadly earthquake and tsunami on March 11, 2011, in which more than twenty thousand people were killed or went missing, what else could Japanese leaders and citizens have thought, said, and pursued than the discourse, policies, and deeds that Richard Samuels articulately recorded in his latest book 3.11: Disaster and Change in Japan? While reading this well-researched and fair-minded account of Japan’s epochal experience, those were the questions that came to my mind.

Both stories are available in Asia Policy 17 from the National Bureau of Asian Research and can be purchased at their website. 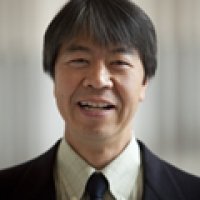