Skip to main content
Support
Explore More
Close
Event
Democratic Transition
Tension in the Taiwan Strait: Tsai Ing-Wen's Inaugural Address and Beijing's Response
On May 23, 2016 at 10:30 – 12:00
Share on FacebookShare on TwitterShare via Email
Share
Part of the NOW Series
Video

Taiwan’s President Tsai Ing-wen was sworn into office under intense scrutiny from the Mainland. Beijing insists that the new president embrace the “One China” principle and use the “1992 Consensus” as the basis for cross-strait relations. And while there are many important issues that Tsai must address, relations with the Mainland loom large for Taiwan and its new president. International relations scholar Vincent Wei-Cheng Wang provides insight and analysis in this edition of  Wilson Center NOW.

Vincent Wei-cheng Wang serves as Associate Dean of the School of Arts and Sciences at the University of Richmond in Virginia.  He has been a member of the Department of Political Science faculty at Richmond since 1996, where he focuses on political, technology and industrial policy and development in China and Taiwan. He is the author of more than 80 scholarly articles and book chapters on Asian political economy, security, international relations, East Asian-Latin American comparative development, Taiwan’s foreign policy and domestic politics, cross-strait relations, and Chinese foreign policy and domestic politics. He recently completed serving as president of the American Association for Chinese Studies and president of the International Studies Association-South. Dr. Wang is also a Senior Fellow at the Foreign Policy Research Institute and has been a visiting professor and researcher in Taiwan, South Korea, Singapore and Mexico. This summer he will become the new dean of Ithaca College’s School of Humanities and Sciences.

Dean, School of Humanities and Sciences and Professor of Politics, Ithaca College 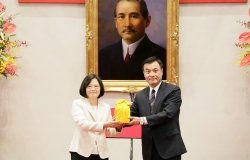 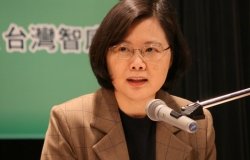