In this edition of Wilson Center NOW, Craig Mazin, the writer, creator, and executive producer of the HBO’s miniseries Chernobyl, discusses his approach to creating a dramatized account of the historic 1986 nuclear accident in Ukraine which was then part of the Soviet Union. The critically-acclaimed miniseries tells the story of the men and women who made sacrifices to save Europe from an unprecedented disaster while battling the USSR's culture of disinformation. 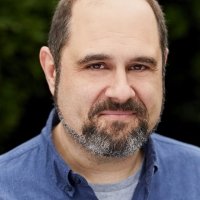