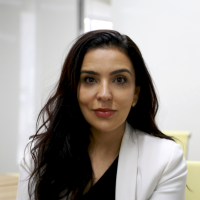 The consequences of the January 8, 2023 assault in Brazil will be pivotal in determining the destiny of its challenged democracy.

Sunday was chaotic in Brasília, as supporters of former President Jair Bolsonaro protested his close loss in the presidential election to his archrival, Luiz Inácio Lula da Silva. The riots were an expression of outrage from Bolsonaro’s supporters, who allege electoral fraud and political bias by the supreme court. The events drew comparisons to the January 6, 2021 attack on the U.S. Capitol. Though in a true parallel, supporters of the former U.S. president would have also stormed the White House and the Supreme Court. That was the magnitude of the chaos.

The government of the Federal District (DF) and law enforcement agencies could have stopped the raid on Three Powers Square, but they appear to have turned a blind eye. Pictures show law enforcement officers participating  in the raids.

On Sunday, Lula called for a federal intervention to take control of policing in the capital and accused law enforcement of incompetence and bad faith. The measure remove authority from Governor Ibaneis Rocha until the end of January. Rodrigo Cappelli, executive secretary of the Ministry of Justice, will oversee the federal intervention. Meanwhile, Rocha has been ordered to step down by Supreme Court Justice Alexandre de Moraes, who said the attacks “could only have happened with the acquiescence, or even direct involvement, of public security and intelligence authorities.”

There are no coincidences in politics. Former U.S. Ambassador to Brazil Thomas Shannon told The Guardian before last year’s election that Bolsonaro and his team were closely studying the events of January 6, 2021, in the United States. There are, however, important distinctions between the two events. The primary one was the timing; the U.S. Capitol attack was designed to obstruct President Biden's swearing-in. In Brazil, that is no longer possible. Biden, who experienced a similar situation during the presidential transition, expressed outrage over the incident. Secretary of State Antony Blinken declared the total backing of the U.S. government for Lula and Brazil's governmental bodies. On Monday, in a jointstatement,Biden President Andrés Manuel López Obrador of Mexico and Prime Minister Justin Trudeau of Canada condemned the “attacks on Brazil’s democracy.”

The Brazil Institute's project, Brazil 100, in partnership with The Brazilian Report, explores the implications of Lula's first 100 days in office. The project's interviews, podcasts, and articles will focus on the country's key challenges and the political landscape, including sluggish economic growth, poverty, deforestation, and climate change.