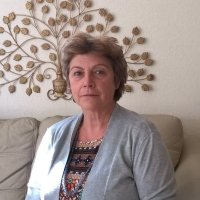 Boyka Stefanova is a Title VIII Short-Term Scholar with the Kennan Institute focusing on Russia’s foreign policy towards the Western Balkans in the context of their Euro-Atlantic integration. We asked her to tell us more about her research on Russia’s policies and influence in the Balkans.

I am a Professor of European Politics at the University of Texas at San Antonio. My research specialization lies at the intersection of the fields of international relations and comparative politics, European politics, and international governance with a particular emphasis on the study of regionalism, conflict, and minority politics. In recent years, my research agenda has shifted towards an examination of the geopolitical effects of European regionalism for the Europe-Eurasia region and its global interactions with the governance of international trade and cross-regional investment flows, against the background of the growing deterritorialization of structural interdependence.

Currently, my research focus is on the evolving interface between the eastern neighborhood of the European Union and the regionalist projects of Russia and China embedded, respectively, in the Eurasian Economic Union and the Belt and Road Initiative. I first visited the Kennan Institute of the Wilson Center as a Short-Term Scholar in 2015. My continued interest in the evolving and complex relationship between Russia and the West is at the origin of my current project, exploring Russia’s foreign policy towards the Western Balkans in the context of their Euro-Atlantic integration.

My current project, titled “Revisiting Russia’s Geopolitical Positioning in the Wake of the 2020  NATO Enlargement: Scaling Back or Expanding Russia’s Political Influence in the Western Balkans?” seeks to develop an assessment of Russia’s policies in the Balkans as more countries from the region have joined NATO and advanced on the road to EU membership.

My project is embedded in the geopolitical perspective on the Euro-Atlantic integration of Eastern Europe. I have examined geopolitical and security dynamics in the NATO accession of the Baltic States, the EU’s eastward enlargement, NATO’s membership policies in the Balkans, and the evolving role of the Organization for Security and Cooperation in Europe (OSCE). My interest in exploring the NATO (and EU) membership of the states in the Western Balkans is based on an understanding that the model of progressive territorial expansion of the Euro-Atlantic institutions established during the late 1990s (broadly completed in 2004/2007) has changed. The significant diversity of the foreign policy preferences of the acceding countries is reinforced by the growing involvement of outside powers with a capacity to alter the timetable of the Euro-Atlantic integration of the region, expand a potential buffer zone between Russia and the West in Eastern Europe, and steer the political choices of local elites toward Eurasia. Such developments warrant an in-depth examination.

I believe my project is of interest to the policy and scholarly communities due to the growing influence of great powers in the Western Balkans, which represents a research puzzle and an engaging political discussion, given the long-term Euro-Atlantic orientation of Eastern Europe and the Balkans region. As the political climate in a number of countries in the Western Balkans reflects a variety of alignments and coalitions, it is important to uncover the motivations and strategies of political actors likely to affect the scope and direction of economic and political reform, prevent democratic backsliding, and sustain the Euro-Atlantic perspective of the Western Balkans. Such processes directly affect the security of the region.

The most challenging aspect of my research is gaining a better understanding of the tradeoff between continuity and change in elite preferences in selected countries in the Western Balkans and its foreign policy implications.

As a scholarly endeavor, the project will result in an article to be submitted to a top foreign policy journal that blends academic and policy-relevant studies. I hope that my research will contribute to the policy discussion on the role of the Euro-Atlantic institutions in Europe’s liberal order. 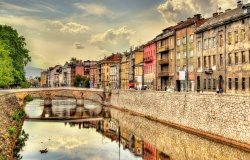 Publication
Global Governance
NEW REPORT - Uncommon Cause: The Future of the OSCE 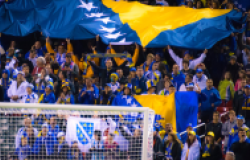 Article
Conflict Resolution and Peacebuilding
Bosnia: A new opportunity for getting closer to the EU?
By Adis Merdzanovic on December 5, 2014 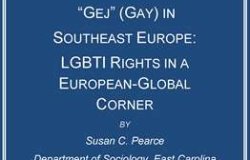