Statement on the Death of Scott Minerd

The Wilson Center is shocked and saddened to learn of the death of Scott Minerd. “The Arctic and the Wilson Center lost a good friend. Scott dedicated time, energy, and resources to the Arctic, a region he believed in,” said Ambassador Mark Green, President, CEO, Woodrow Wilson Center.

The Woodrow Wilson Center and Polar Institute mourn the loss of our friend and colleague Scott Minerd, global chief investment officer and managing partner at Guggenheim

Partners. We extend our deepest condolences to his family, friends, and colleagues. “The Arctic and the Wilson Center lost a good friend. Scott dedicated time, energy, and resources to the Arctic, a region he believed in,” said Ambassador Mark Green, President, CEO, Woodrow Wilson Center.

Scott was an ally and champion of the people of the Arctic and all who cared about its future. Scott led the creation of the Arctic Investment Protocol (AIP), convening national, sub-national, regional, and international experts to create the AIP, which is considered a roadmap to advancing equitable and sustainable development in the North and is now under the aegis of the Arctic Economic Council.

Scott was the driving force behind the development of Guggenheim Partners’ Arctic infrastructure inventory. First established to gauge the state of infrastructure development throughout the region, the inventory was transferred to the Polar Institute so that it would become an open-source database for the people, scholars, investors, and students of the North. Scott’s support enabled the Institute to establish the Arctic Infrastructure Inventory Project and expand its holdings from just over 800 to nearly 8000 projects.

Yet Scott’s commitment to the Arctic went far beyond these two enduring efforts. He brought business acumen, resources, energy, and insights to dozens of Arctic conferences, symposia, and meetings. In the Arctic he saw the potential for economic development in a way that meets the needs of the citizens of the North while providing a profitable return on investment. 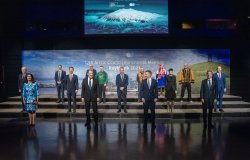 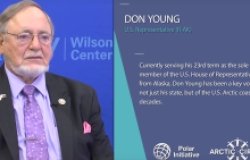 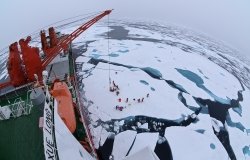 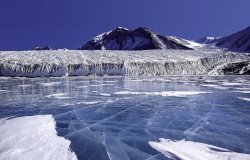 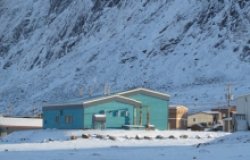