The majority of Arab youth reject ISIS, according to the 2016 ASDA’A Burson-Marsteller Arab Youth Survey. Around 78 percent would not support the group even if it used less violence, and 76 percent don’t believe ISIS will succeed in establishing an Islamic State in the Arab world. The survey included 3,500 face-to-face interviews of Arab men and women between the ages of 18 and 24 in 16 countries. It was conducted from January 11 to February 22, 2016. The following are key findings from the survey.

An overwhelming majority of young Arabs reject Daesh (ISIS) and believe the group will fail to establish an Islamic State. 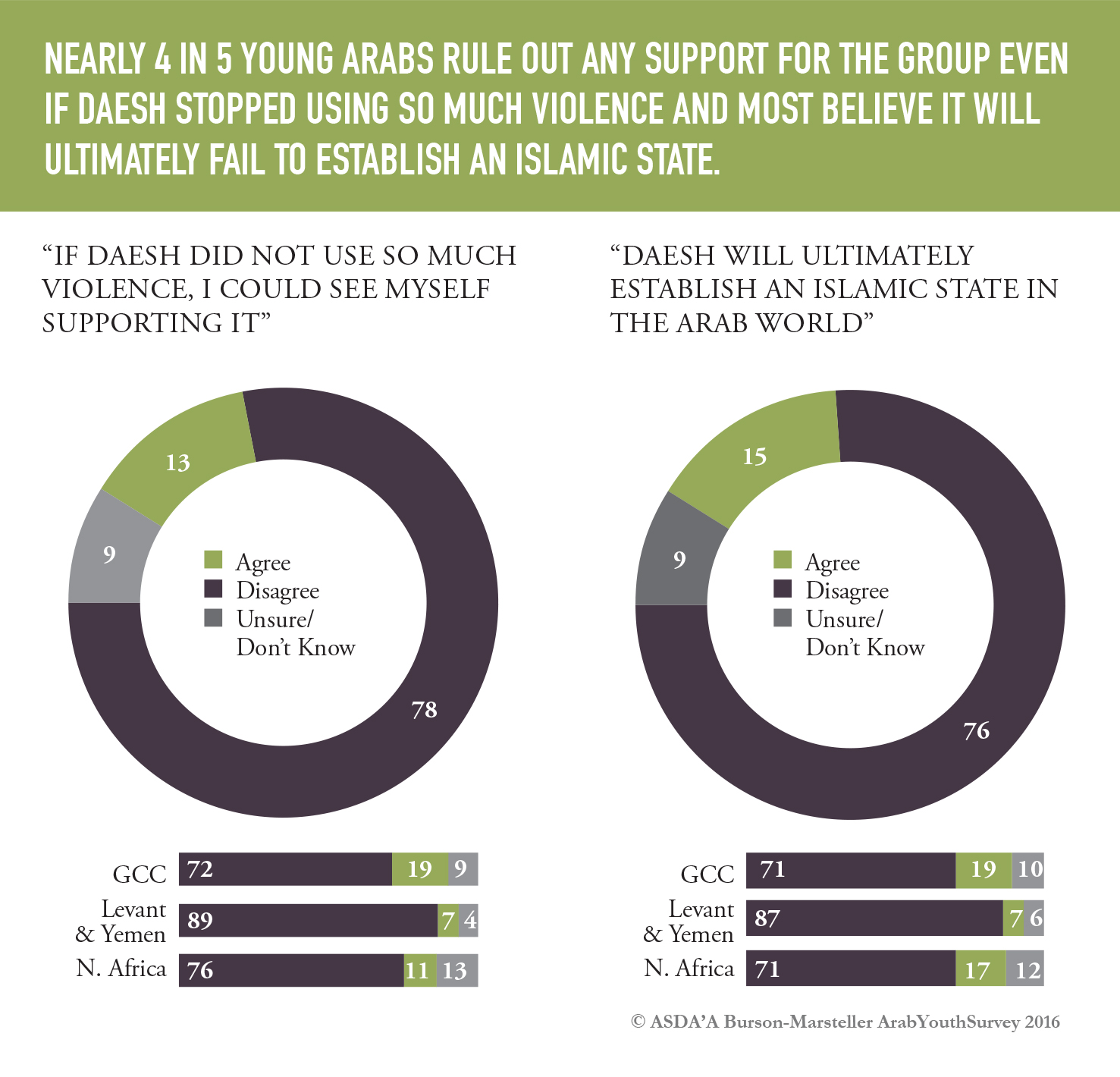 Lack of jobs and opportunities is seen as the number one recruitment driver for Daesh.

Many young Arabs believe Sunni-Shia relations are deteriorating and that religion plays too big of a role in the Middle East. 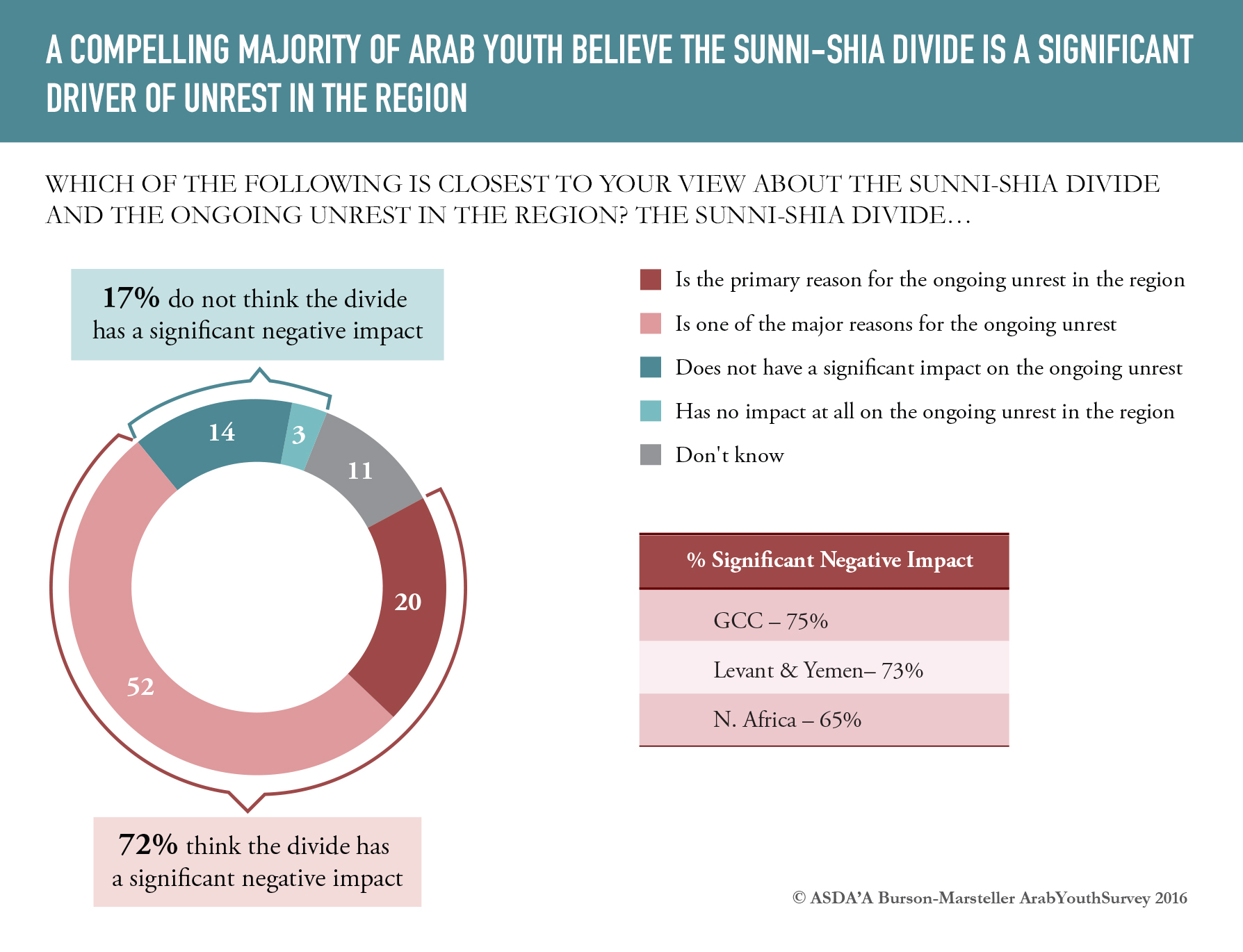 The following are other top findings from the survey: