Skip to main content
Support
Explore More
Close
Blog post
Security and Defense
Israel’s Potential Annexation in West Bank: What Will the Kremlin Do?
By Daniel Rakov on May 21, 2020
Share on FacebookShare on TwitterShare via Email
SharePrint
Article

The Gang That Couldn’t Shoot Straight

The coup failed, and Erdogan survived, but the events of July 15 left only losers in their wake.

The failure of the attempted Turkish coup portends both good and bad news for the future of Turkish democracy. The good news is that the coup failed and the Turkish body politic stood its ground. But that’s about it. The bad news is that the government will try to overcompensate by accelerating the pace of constitutional changes that may make Turkey’s less democratic.

The coup attempt was a half-baked idea by a conspiratorial group within the military that clearly relied on hope as much as on action in their push for regime change. The rebellious officers, who may have been motivated by rumors of a major purge of officers at an upcoming Military High Council meeting in August, assumed that other units would join once they took to the streets and skies. It was quite evident from the start that they were poorly organized; if you want to coup, the first thing you need to make sure of is precisely where the country’s leadership is situated.

It was clear from the beginning that they had no clue where the civilian leadership was. (However, the plotters did manage to arrest the military leadership.) Also, as in past coups they went directly to the official state television network to broadcast their message, forgetting that there are myriad news outlets that could continue to broadcast undisturbed. Worse, these officers didn’t have a strong command of their own history: In the early 1960s, junior officers twice tried to overthrow the government and their fellow senior officers only to find that they had no support.

Military coups, successful or unsuccessful, are like severe body blows to a country’s political make-up. Years later, as with wounds that never properly heal, they continue to hurt the body politic by altering everyone’s behavior—from politicians down to ordinary citizens. All past Turkish coups have had the unintended result of ensuring that the outcome the officers least wanted would be realized. This time, too, the military personnel will end up strengthening Erdogan in the short term.

The good news is that the gang that could not shoot straight failed, but the damage done and the potential for more will continue to overshadow not just Turkish domestic politics but also its relations with the outside world.

However, the most important outcome of this coup is that there were only losers on the night of July 15. The military’s internal weaknesses have been exposed; its top echelon missed the warning signs, and now an anti-military mob mentality has taken over in a small segment of the population.

Erdogan has survived this coup attempt but does not come out unscathed. His aura of invincibility has taken a blow. He thought he had tamed the military dragon, which had overthrown four Turkish governments since 1960. He will naturally worry that this could happen again and, as a result, will calibrate his policies accordingly. This will mean that the purges in the bureaucracy, the military, and even in society will pick up pace. There is an opportunity for him to be magnanimous and acknowledge that society and the political opposition stood behind the constitutional order, thus mending fences with his political opponents. His behavior of late, however, as well as that of his closest advisors and the bulk of the Turkish press that supports him, points to this being an unlikely outcome.

What does this mean for Turkey’s foreign policy? Erdogan and Prime Minister Binali Yildirim were quick to blame their former ally, the Pennsylvania-based cleric Fethullah Gülen, as the mastermind of the coup. Gülen, who has a vast network of followers in Turkey and abroad, is thought to have triggered the corruption charges against Erdogan, his family, and allies when tapes were leaked in 2013 backing up allegations of official misconduct. Ever since, Erdogan has tried to get Gülen extradited from the United States to be charged as a member of a terrorist organization. One expect that in coming months the calls for extradition will increase in volume and stridency. Because it is the courts, not the Executive Branch, that by and large will make the decision, we can expect U.S.-Turkish relations to take a hit.

For the United States, the stakes are quite high: Turkey is a NATO ally and more. The two are cooperating to defeat the Islamic State in Syria and Iraq (ISIS). They do, however, vehemently disagree on methods: Turkey stridently objects to the U.S. alliance with Syrian Kurds, so far the most effective fighting force against ISIS. The Syrian Kurds are anathema to Ankara because of their alliance with the Turkish Kurds, who are in open revolt against Turkey. We should expect the conversations between American and Turkish officials to get far more acrimonious in the months to come. Even if it’s likely that the two sides will eventually find a modus vivendi, the terrorist attacks in Nice, Istanbul, and Brussels remind everyone that there is no time to waste in the fight against ISIS.

The good news is that the gang that could not shoot straight failed, but the damage done and the potential for more will continue to overshadow not just Turkish domestic politics but also its relations with the outside world.

This article originally appeared in The American Interest 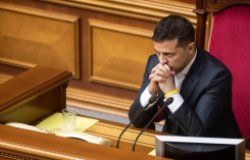