The Hard Realities of Nation Building

You would be hard pressed to find places as different from the United States and each other as Haiti, Bosnia and Herzegovina, Kosovo, Afghanistan, and Iraq. What links them together is that each has been the scene of a massive U.S. effort at nation building in the last decade.

Why do this? Why risk American lives and pour billions of dollars into distant lands? There are many answers. Sometimes we have a humanitarian concern for those suffering from an acute crisis or genocide. Sometimes we see our economy threatened by instability abroad. Above all, we act to protect our national security. For in a post-Cold War world, the most dangerous threats – drugs, crime, proliferation, and terrorism – can come from the weakest and most chaotic states, not the strongest ones.

Yet despite the frequency of our efforts, the U.S. record at nation building is decidedly mixed. We intervene and conquer with ease. But long-term peace, stability and security has been hard to come by – in Iraq and Afghanistan, which teeter on the brink of chaos; in the Balkans, where governments are far from self-sustaining; and in Haiti, where we are back for another try. Given this track record, it is worth examining lessons learned along the way.

First, nation building is difficult and takes significant resources. It takes substantial military force to keep the peace in fragmented societies; political assistance to establish effective governance; and sustained economic aid to rebuild devastated infrastructure and basic public services like water and electricity. This cannot be done on the cheap. If you shortchange security, economic development is devastated by violence; if you shortchange economic development, security is undermined by popular dissatisfaction. This is on display in Iraq, where the challenges of restoring security, electricity, employment and governance are interrelated, and exceedingly expensive.

Successful nation building demands patience, perseverance, and extended effort and coordination across the government. Military services, intelligence agencies, the diplomatic corps, and aid workers must work together effectively, and work with private sector groups. Skills as diverse as policing, civil engineering and election law are called upon, and must be employed in a coordinated way over a period of years in very different, and sometimes dangerous, places.

This overwhelming demand for skills and resources highlights the need for international cooperation. The U.S. cannot rebuild foreign countries alone. We need to work with and have the support of local populations, who are ultimately responsible for their own governance and fate. We need international partners, who can help shoulder the burden by providing peacekeeping, aid, and political expertise. And we must utilize international organizations like NATO, the United Nations, and the World Bank; in addition to pooling global resources, these organizations also bestow crucial international legitimacy.

How good are we at all of this? Not as good as we could be. Often, we fail to sustain the commitment of resources needed to get the job done. Our government could certainly coordinate agencies and departments better in stabilizing post-conflict areas – for instance, there is no single point in the government with the primary responsibility for overseeing such efforts. Finally, our ability to obtain international help has been hindered by our reluctance to share authority over nation building projects with others.

This is not to say the U.S. has not had remarkable successes – we have achieved some wonderful things around the globe. But we rarely put all of these elements of nation building together effectively over an extended period of time. The main reason for this is the challenge of maintaining political will. It is very hard for the U.S. to remain committed to the enormous task of rebuilding a foreign nation when there are so many competing priorities, at home and abroad. For this reason, the American people are ambivalent about nation building – sustaining the enormous cost, organizing the government for the task, or joining our interests with other nations. Indeed, the most popular nation building policy is often the exit strategy.

Reconciling that desire for an exit strategy with the need to see our nation building efforts achieve stability in a given country is an enormous challenge – militarily, economically, and, above all, politically. For if there is one certainty that we can take from our past, it is the fact that our current nation building efforts will not be our last. 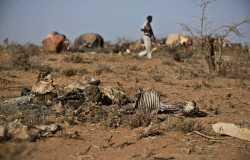