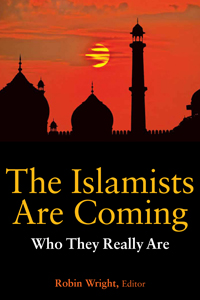 The Islamists Are Coming is the first book to survey the rise of Islamist groups in the wake of the Arab Spring.  Often lumped together, the more than 50 Islamist parties with millions of followers now constitute a whole new spectrum—separate from either militants or secular parties.  They will shape the new order in the world’s most volatile region more than any other political bloc. Yet they have diverse goals and different constituencies. Sometimes they are even rivals.

Egypt: The Founders By Samer Shehata

Libya's Islamists: Who They Are - And What They Want By Cameron Glenn

Algeria: Bloody Past and Fractious Factions By David Ottaway

The Palestinians: Fighting and Governing By Nathan Brown

The Islamist Spectrum By Robin Wright

Article
After the Caliphate: U.S. Strategy on ISIS
November 15, 2019

Article
Experts: Whither the Islamic State after Baghdadi?
October 29, 2019